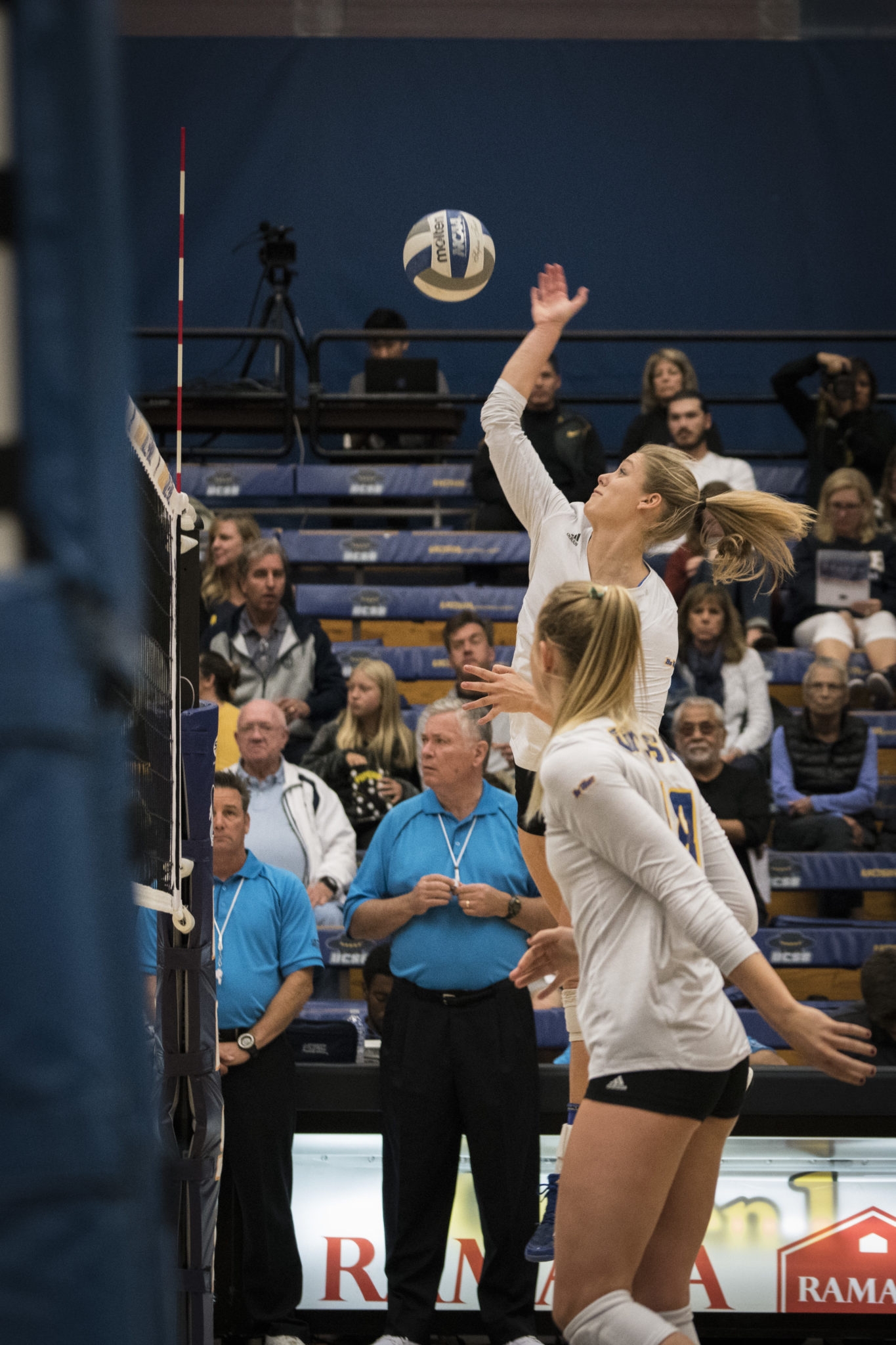 Their conference opener against Cal Poly wasn’t an ideal start for the Gauchos as they were outhit .317 to .154 and allowed 17 kills to the Mustangs. After dropping the first set to the Mustangs, the UCSB women never looked back, hitting an astonishing .432 as a team in the second set.

The third set of the match was an offensive display for each of the teams as the Gauchos hit .481 to the Mustangs’ .382. The one difference in the hit percentage came as the Gauchos managed 5 blocks in the set, while the Mustangs managed a mere 6 blocks for the entirety of the match. With the Gauchos having the 2-1 lead heading into the fourth set, it looked as if it would be another battle that would be decided in the fifth set. While the Gauchos were down by 8 points in the fourth set, they went on a remarkable run to turn the game in their favor. Going on a 14-4 run, the Gauchos ended the game with stellar defense with a foot save, leading to a game-winning block.

The following match against the California State University (CSU) Bakersfield Roadrunners didn’t prove to be another thriller for the Gauchos, as they swept in three straight sets.

The Gauchos led from the forefront of the match, taking a commanding lead in the first set that got as high as 16 points in the first set. The second set saw the Roadrunners trying to flip the script by getting out to an 8-3 lead before a UCSB timeout. Following the break in the play, the Gauchos dominated, going on a 9-3 run, and closing the set on another run. The third set saw much of the same trends throughout the game as UCSB held the lead in the set after the first point.

The Gauchos will go on to play at CSU Long Beach and CSU Fullerton this week, as they look to stay undefeated in conference play.

Senior right-side hitter Tallulah Froley has been having a standout season for the Gauchos, putting up a team-high 56 kills to go along with a .323 hitting percentage that also leads through conference play.

Junior libero Macall Peed has been a defensive force throughout conference play, putting together 86 digs that lead the team, with the second most being 39 digs in conference.

Senior setters Mehana Ma’a and Megan Shimoda have been setting up their teammates through their conference play, with Ma’a having 105 assists and Shimoda having the second most with 76 kills.

Junior outside hitter Michelle Ohwobete has had a great run through Big West play, putting up 3.5 points per set and 50 kills as second best on the team.

The upperclassmen have been leading the team through Big West play and will look to continue their form of play during the midway point of their season.