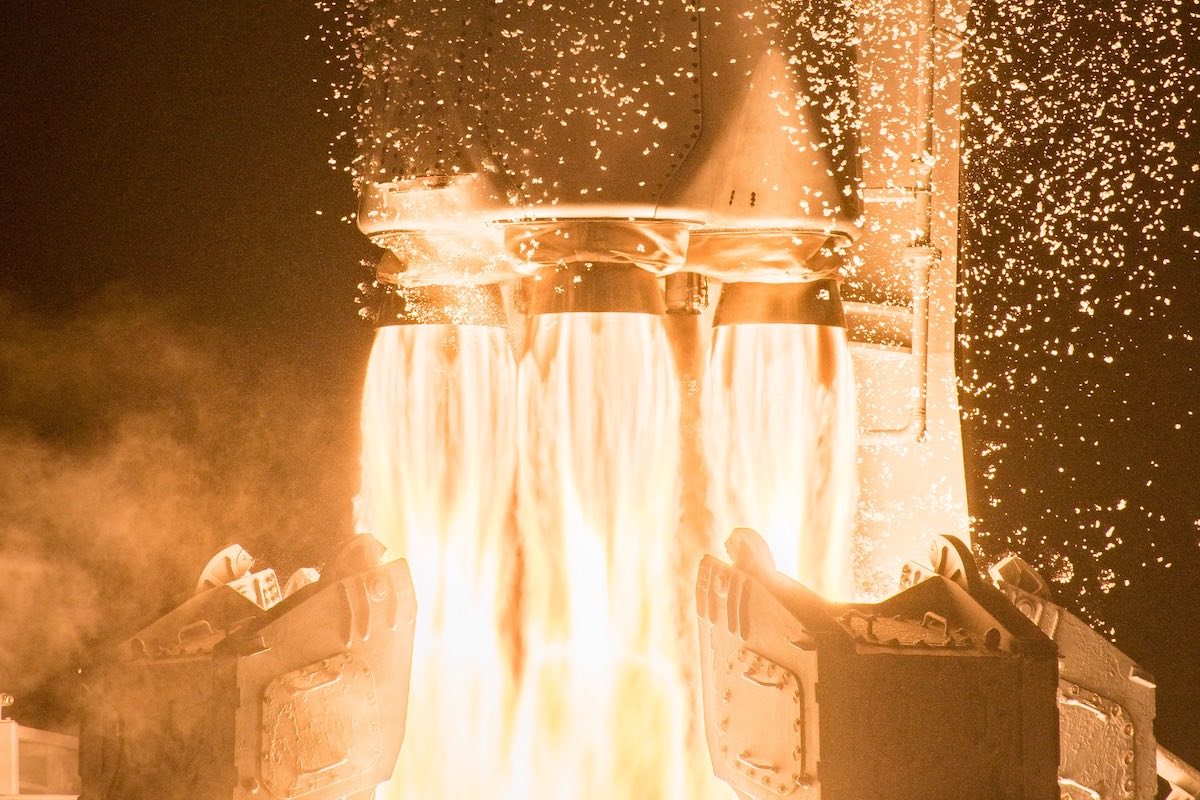 Just eight minutes after liftoff, Alpha achieved orbit — a significant turnaround for the aerospace company that had just narrowly survived its bankruptcy five years earlier. The company declared itself “a new space leader in launch, spacecraft, and in-space services,” in a statement Oct. 3 following its success. Courtesy of Brian Sandoval.

The 119,000 pound booster soared through clouds that entirely impeded its view from the coast, heading westward toward an orbit that ran opposed to the rotation of the Earth.

Just eight minutes after liftoff, Alpha achieved orbit — a significant turnaround for the aerospace company that had just narrowly survived its bankruptcy five years earlier. The company declared itself “a new space leader in launch, spacecraft, and in-space services,” in a statement Oct. 3 following its success.

A 3-pound CubeSat constructed by the Teachers in Space nonprofit was one of the three small satellites deployed after orbit was achieved, aimed at collecting flight data to share with the greater scientific community.

Firefly hopes to reliably deliver larger payloads to orbit for future customers, with Alpha having the potential to loft 1.4 tons of payload to orbit at around $15 million per launch, the company said.

Saturday’s flight followed the company’s unsuccessful launch attempt last year. Alpha and its payloads were lost just two and a half minutes into flight as an engine malfunction sent the vehicle cartwheeling through the air — before the craft and its contents ruptured in an explosion off the California coast.

Alpha’s flight marked the 11th orbital expedition out of Vandenberg this year, shortly following the United Launch Alliance’s flagship, Delta IV Heavy, which made its final ever launch from the West Coast a week prior. SpaceX has utilized the Vandenberg launch platform 11 times this year so far and launched a batch of its Starlink satellites on  Oct. 5, the third orbital flight out of Santa Barbara County in 10 days.

Firefly Aerospace hopes to achieve six more launches of its Alpha rocket in the next year — both out of California and a launch site in Florida — before doubling that amount in 2024.