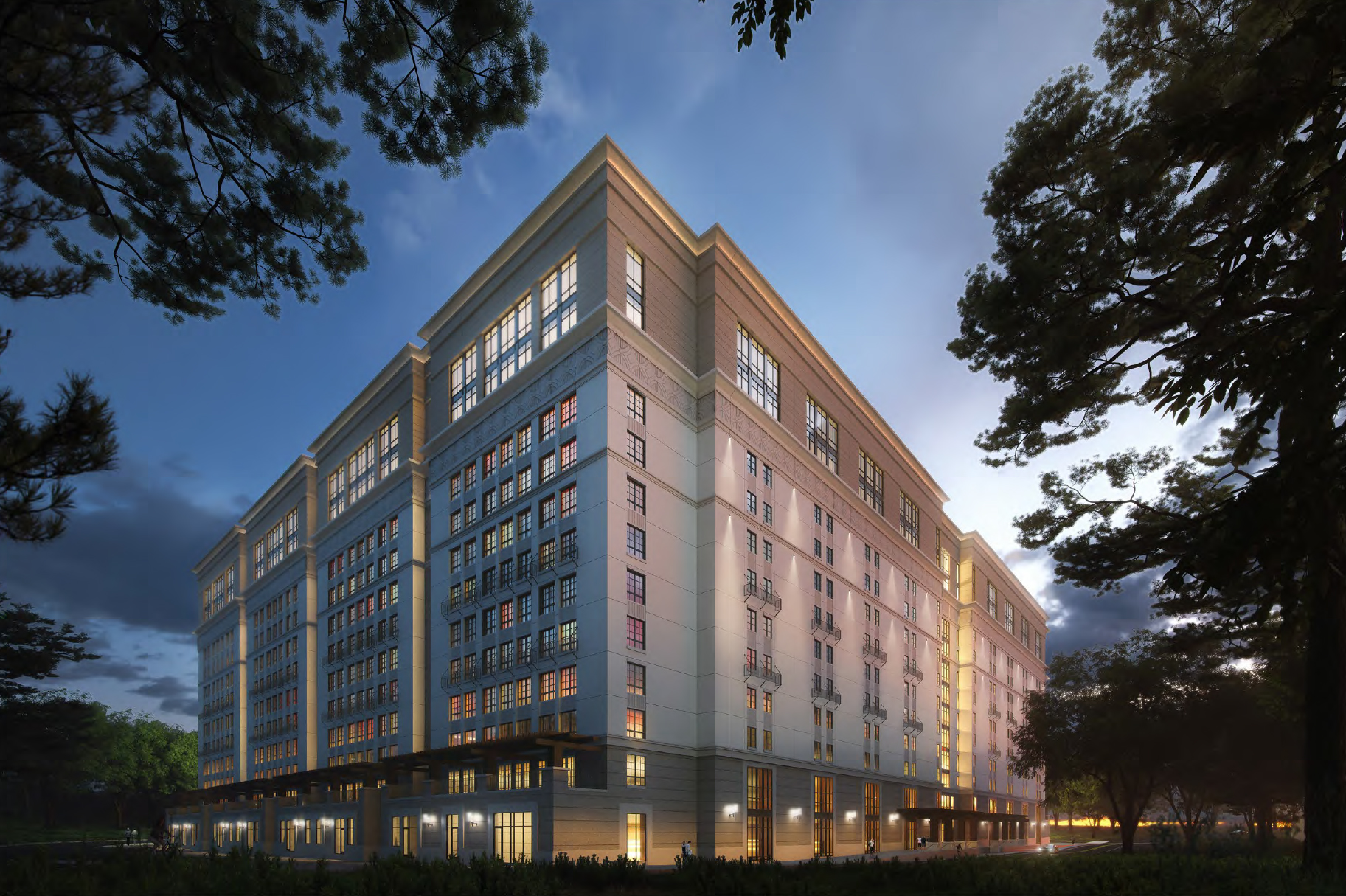 The university expects construction of Munger Hall to take approximately 40 months, according to UCSB Media Relations Manager Kiki Reyes, meaning that the dormitory would be completed no sooner than the summer of 2026. This timeline for construction lags behind the projections provided by UCSB last year, which anticipated the hall would be available to house students in the fall of 2025.

“Project timelines, as with all construction projects, can be affected by many variables and are therefore difficult to predict with any specificity,” Reyes said in an email statement to the Nexus on June 23.

Brochures given to students and faculty during tours of UCSB’s Munger Hall mock-up advertising the hall shied away from specific goals.

“While we do not yet have a final date of completion, we expect the project to take several years before we welcome students,” the brochure stated. “Additional project details will be shared as plans progress.”

UCSB also has a contractual agreement known as the Long Range Development Plan (LRDP) with the city of Goleta to provide housing for an additional 5,000 students by 2025, in line with its projected enrollment increase outlined in the University of California 2021-27 Capital Financial Plan. The university said in the document it intends to meet the requirements of the LRDP through Munger Hall.

“The LRDP requires that the campus provide additional housing,” the document said. “For each student enrolled above 20,000, the campus has agreed to furnish a new bed, representing a total need of 5,000 beds by 2025.”

1,000 of the required beds have already been provided, according to the document, with over 4,000 more expected to come from Munger Hall, which is set to house over 5,500 students.

Despite the LRDP stipulating that the remaining student housing be completed by 2025, UCSB said that a 2026 opening of Munger Hall would not violate the agreement.

“A 2026 completion would not be inconsistent with the LRDP goals and we do not have any plans to amend the LRDP at this time for an increase in enrollment,” Reyes said.

Reyes said that the university is working with community partners to fulfill its obligations under the LRDP.

“Housing is constructed in accordance with the LRDP, and the construction of this project is consistent with our LRDP,” Reyes said in a separate email statement. “The University is working hard to meet its obligations under the LRDP and is working with its community partners to mitigate any potential impact our housing may have.”

UCSB Principal Planner of Campus Planning & Design Shari Hammond went further, arguing that there is no action the university could take that would violate the LRPD, so long as it maintains basic development guidelines, such as designated land use and building height.

“The LRDP is a planning document, with a 2025 horizon; it identifies capital project aspirations for the planning horizon identified and enumerates our policies directing that growth,” Hammond said in an email statement to the Nexus. “Nothing would constitute a violation of the LRDP.”

The City of Goleta is currently suing UCSB for allegedly violating the LRDP, maintaining that a lack of student housing has caused the city damages.

The ongoing litigation has precluded city officials from commenting on the Munger Hall project, according to City of Goleta Community Relations Manager Kelly Hoover, who declined to comment on behalf of City of Goleta Councilmember James Kyriaco.

Santa Barbara County has also accused UCSB of violating the LRPD based on insufficient housing options to keep up with enrollment numbers.

Second District Supervisor Gregg Hart vowed to hold UCSB to its housing obligations under the LRPD and emphasized the importance of ongoing conversations between the university and County on issues of affordable housing.

“The County of Santa Barbara is determined to hold UCSB to the housing requirements for students, faculty and staff adopted in the University’s long range development plan,” Hart said in an email statement to the Nexus on July 7. “Discussions between the University and the County about critically needed affordable student housing development are continuing and I am hopeful these conversations will lead to demonstrable progress on this issue in the very near future.”

Hart also lauded the recent approval of Ocean Road housing project as “very welcome news” as it is set to provide 540 new residential units for faculty and staff that he said are desperately needed.

Beyond the construction timeline, there is uncertainty regarding the dormitory’s financing and Munger’s expected contribution.

Originally, $200 million out of over $1 billion in construction costs were estimated to come from Munger — the single largest donation in UCSB history.  However, the amount does not appear to be settled upon and the university said it is still working on a precise financing plan.

“We are still working on the financing, which we anticipate will include some amount of debt financing as well as a gift from Mr. Munger,” Reyes said.

The university has avoided relying solely on debt financing for housing construction due to the difficulties of using student rent as the sole source of repayment, according to the university’s Munger Hall FAQ.

“It’s nearly impossible to do this and produce the kind of quality residential experience that we desire for our students,” the FAQ said.

Munger has already contributed an undisclosed amount of funding for the construction of UCSB’s mock-up of Munger Hall which was entirely paid for by the billionaire, according to UCSB spokesperson Shelly Leachman.

Moving forward, UCSB is preparing an Environmental Impact Report (EIR) for the project which, when released, will trigger a 45-day public comment period. A final EIR, along with a response to public comments, would be completed before the project is sent for final approval to the UC Regents, according to Reyes.

A timeframe for presenting the project to the Regents has not been determined, but Reyes said that UCSB would need to receive approval from the Regents by November for it to begin construction Winter Quarter 2023.

This article has been updated on July 7, 2022 at 7:03 p.m. to include Supervisor Gregg Hart’s statement to the Nexus.

Wow, Yang doesn’t care even one tiny bit about how the community around him feels or is effected by this monstrosity. All because of an Alzheimeric, megalomaniac’s silly whim. I can’t believe these whack jobs are pushing through with this.

Local, have you heard about Yang’s recent hit and run? He is truly out of whack and NEEDS TO GO.

Ugh, I forgot about the hit and run. Yes, I agree, it’s time for Yang to retire.

This is a real horror show. We give our beautiful campus for a sordid sadistic billionsaire’s mauseleum which will dominate and define UCSB forever. We accepted the weirdest minute, excrucuatingly detailed and perverse stipulations, while we pick up all but a miserly fraction of the cost of what is really let’s face it, a mauseleum for a detestable man. In his execrable arrogance, he foists this on us in the guise of philanthropy, and almost entirely at our expense ! We have been played for fools, bought him this thing, and sucked up to him the while like he’s a… Read more »

Good old Chucky, the money hoarding, alzhimeric narcissist. What could possibly go wrong with this type of academic gerrymandering.

The Ocean Road Project is worse than Munger. It’s tony town houses for those who can afford it and nothing for students. Eucalyptus Curtain gone; Student Health Clinic gone. Contact Supervisor Hart and tell him we need to do better.

So 540 units aren’t good enough for the ever unhappy / never happy progs???