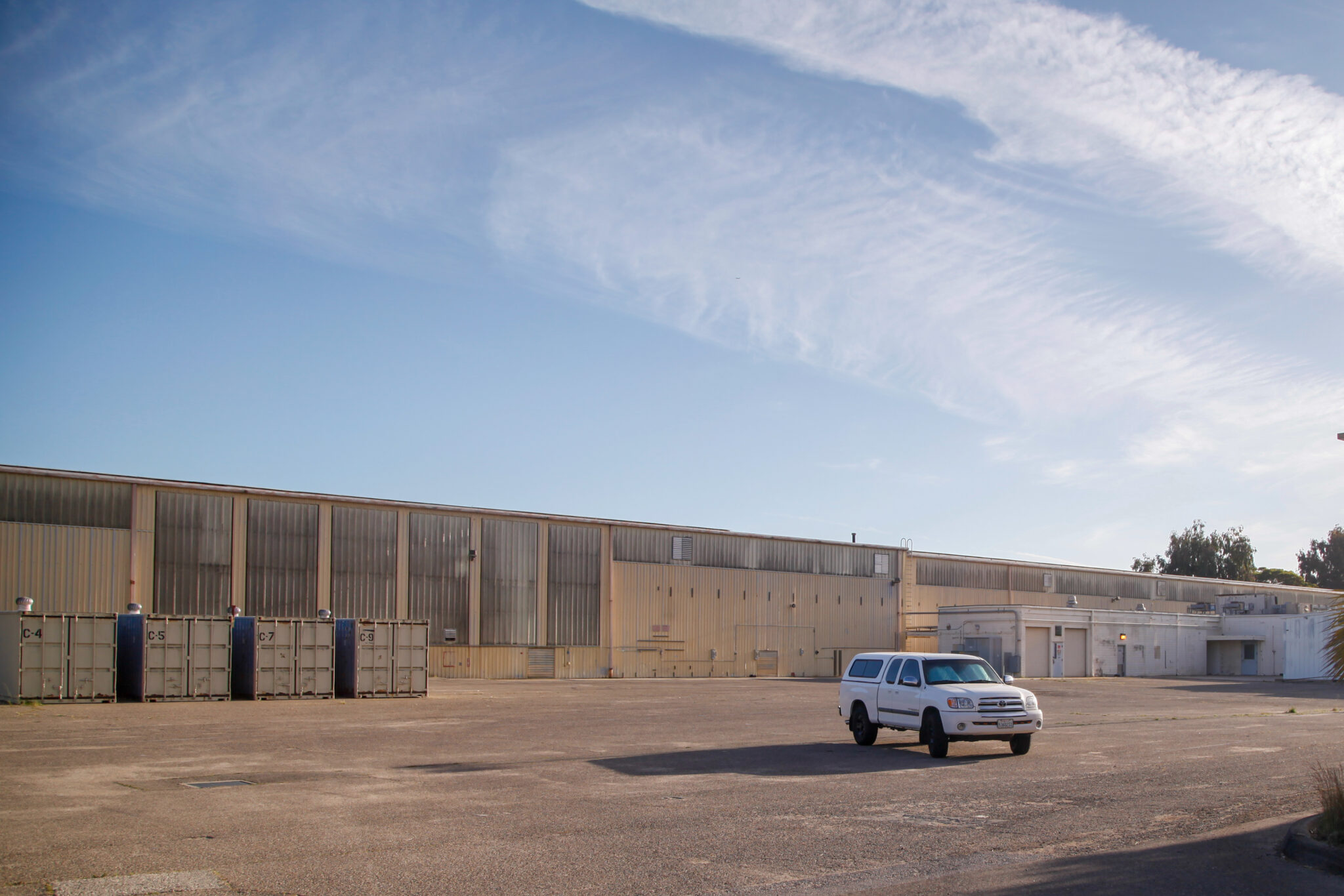 Last November, photos sent to the Nexus detailed a full-scale mock-up of a second story house, including a kitchen, a common area and the infamous windowless bedrooms. New images taken last week and obtained by the Nexus from an anonymous source reflect a number of changes to the proposed design.

The once unfurnished shelves and walls were decorated to appear as though students were living in the mock-up. A “90’s Movie Night” poster appears on newly painted hallway walls. A newly installed island took the place of tables and chairs, which were moved to the common area to function as study desks. 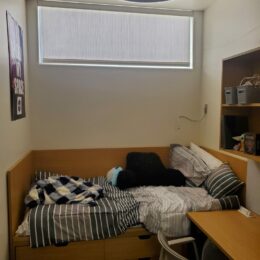 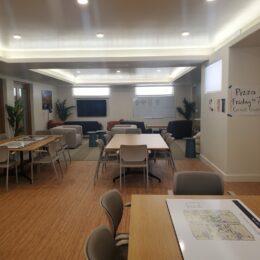 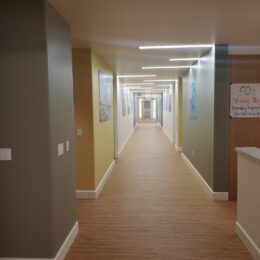 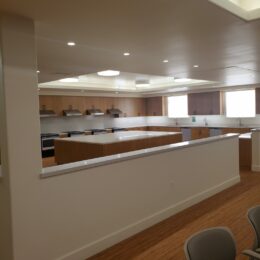 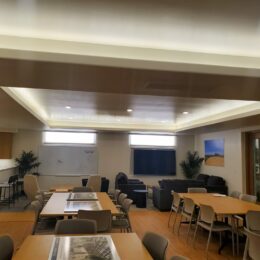 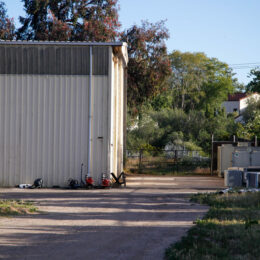 The bedroom spaces saw the most striking changes, with its furnishings being replaced with updated shelves, drawers, a bed frame and a desk. The old ceiling light has been substituted with an overhead fan.

The bedrooms were also newly outfitted with personal items and various decorations, depicting a hypothetical student’s lifestyle in the 7-by-10 foot room.

The mock-up was recently visited by some students of professor Rita Bright’s ENV S 135B Advanced Environmental Planning course, who were given a tour of the mock-up as its planning relates to aspects of their class.

Former UCSB spokesperson Andrea Estrada previously refused to divulge the location of the mock-up after the Nexus made its existence public last year.

The Nexus also identified the location of the warehouse where the mockup is being kept: 389 South Los Carneros Road. The property was purchased in 2013 according to current UCSB spokesperson Shelly Leachman.

Formerly a location of Mammoth Moving & Storage, Inc., the warehouse has done little to advertise its current contents — even keeping the rusted MAMMOTH sign on an outside wall.

The university put out a call in March of 2016 for professionals that could help renovate the warehouse, eventually contracting with DesignARC, Inc.

“The construction cost estimate for the project is $2,000,000,” read the advertisement obtained by the Nexus, with renovations “contingent upon receipt of funding from a variety of sources.”

White vans marked “UC Santa Barbara” can occasionally be seen just outside the warehouse, along with vehicles belonging to a number of different companies, including Clean Air Express and Oak Harbor Freight Lines, Inc.

Leachman told the Nexus that the project is being funded by “the donor,” referring to billionaire and Berkshire Hathaway Vice Chairman Charles Munger who designed the proposed controversial dorm.

Hardly a LEED’s home design with massive power usage for artificial lighting that the sun can provide for free. I have worked in IV apartments. This building is a future rat infested pig sty filled with depressed students where the university will banish freshman students.
There is an easier cheaper fix, admit fewer students and send the rest along to the lightly populated UC Merced

I was a professor there for almost a decade…this saddens but doesn t surprise me. How awful to confine students to a cell…so small they can only sleep there and get out to escape the claustrophobia. Because Munger offers big $ doesn t entitle him to impose his fatuous design upon students to save money or enhance capacity. Shame on the school for taking his bribe.

Not only is this a horrible design plan for students I can foresee this being a dangerous situation if there was an extreme emergency! Wow Irresponsible UCSB!