Hundreds gathered outside the Santa Barbara County Courthouse for a vigil following the Supreme Court’s decision to overturn Roe v. Wade and the loss of federal protections of abortion rights. 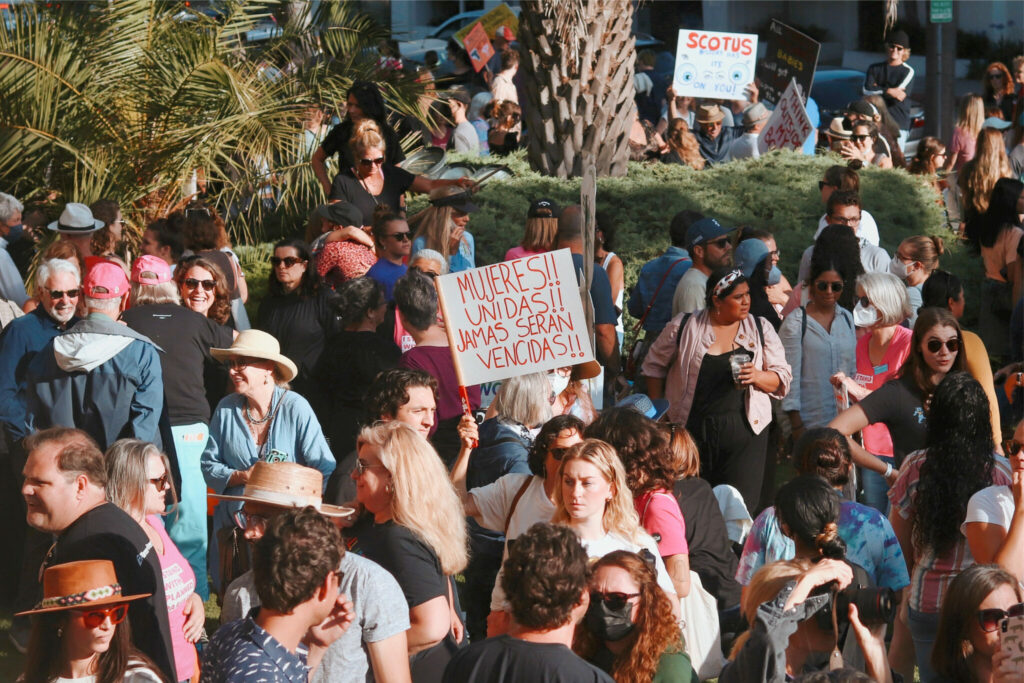 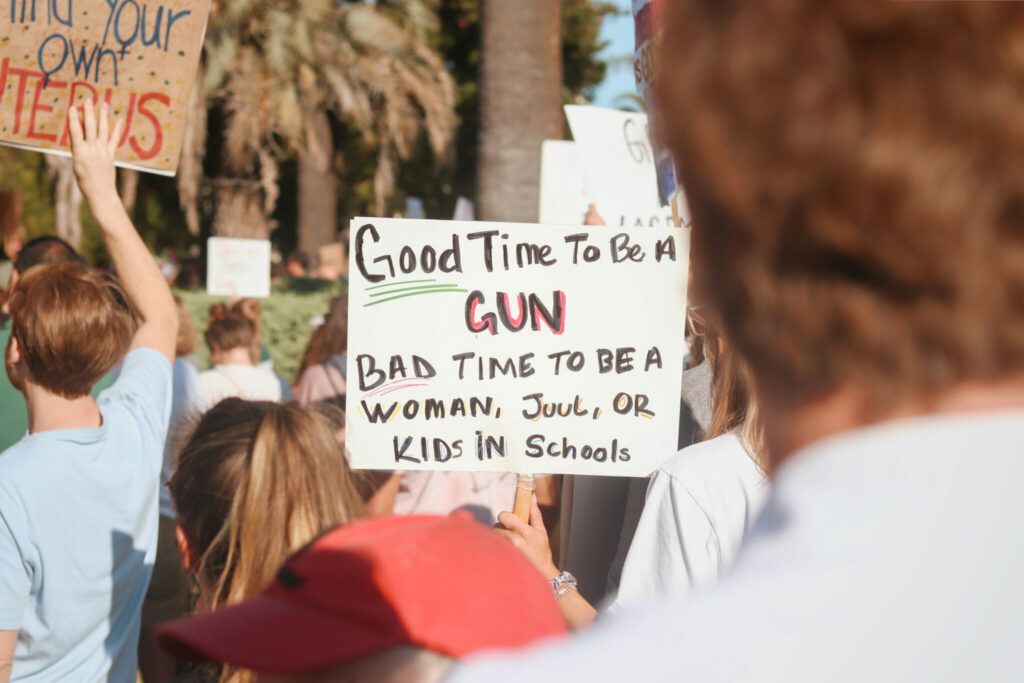 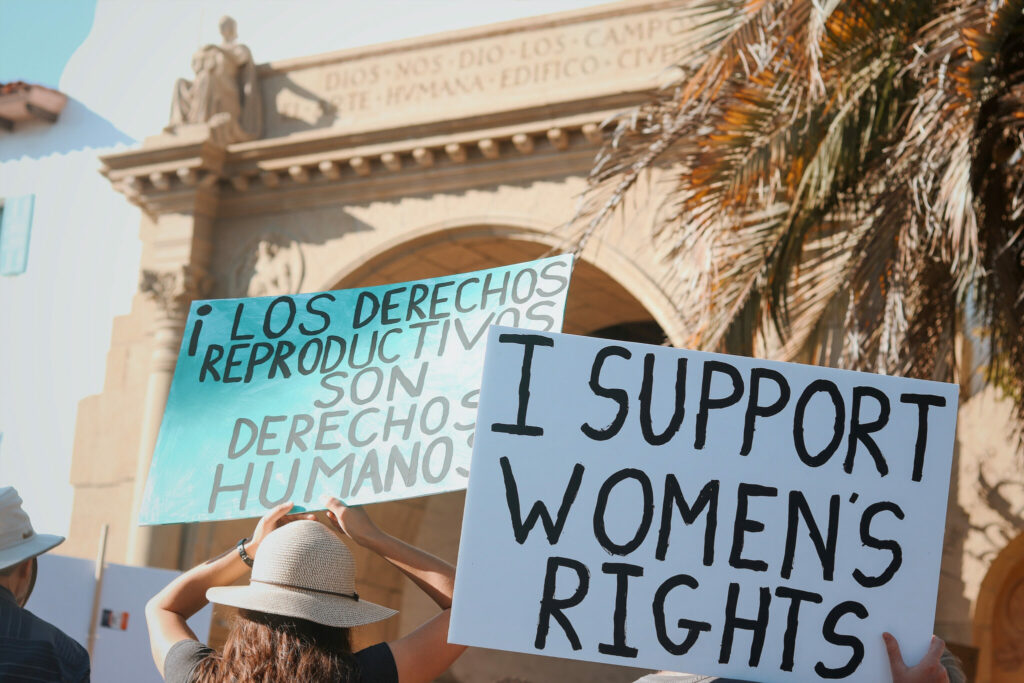 Luz Reyes-Martín, Vice President of the Planned Parenthood California Central Coast branch who organized the Friday event, addressed the crowd from the steps of the courthouse.

“Whether you came tonight because you’re devastated, furious or just exhausted, we share the belief that everyone’s body is their own and theirs alone,” Martín said. “Today we mourn but tomorrow we keep fighting.”

A number of women shared their stories of abortion at the event, including Hillside House board member Pam Flynt-Tambo. Fifty-one years ago in a small Indiana town, Tambo became pregnant. In a pre-Roe America, Tambo’s options were limited, but she shuddered at the thought of having a third child that she was unable to financially care for.

“I didn’t even begin to think of asking my doctor about how to get an abortion, and it was illegal in Indiana at that time,” Tambo said.

Just days after a doctor confirmed her pregnancy, she happened across a Ball State University newspaper, the back of which featured an ad that read, “abortions are legal in New York.”

“The next day I took home that newspaper … and talked to my husband about how we were in no condition to have a third child,” she said. “We barely broke even at the end of every month; having a third child was not something that we could financially afford or emotionally afford.”

On Valentine’s Day 1971, she made the journey to New York and had an abortion.

Over half a century later, Tambo shared her story to the hundreds assembled in support of reproductive rights, saying she “never ever regretted having an abortion,” encouraging others to tell their stories.

The overturn of Roe v. Wade — the landmark 1973 case which had ensured federal protection of abortion rights — has sparked nationwide protests and prompted at least 11 states with trigger bans to outlaw or heavily restrict abortion.

Planned Parenthood began preparing for its response to the Supreme Court’s decision in May 2022, when a draft majority opinion was leaked to the public, according to Reyes-Martín.

“We’ve had a plan in place to have a gathering like this. Even a few days ago we put out an alert for all of our supporters that whenever decision day comes, this is the plan,” she said. “This morning at 7 a.m. when that decision came out, we set out to deploy that plan.”

President and CEO of Planned Parenthood California Central Coast Jenna Tosh spoke to the gravity of the Court’s decision and the devastating healthcare crisis it’s creating.

“Today I was on the phone with colleagues across the country who were making devastating decisions like canceling abortion appointments, turning patients away, even patients who had checked in and were physically in the health center to receive services,” she said. “This decision has created a national healthcare crisis because never before have we asked 24 states to care for all 50 states’ patients.”

Tosh warned that the loss of Roe v. Wade  may just be the first of further restrictions, including a complete federal ban on abortion which has been floated as a priority of national Republicans, including former Vice President Mike Pence.

The crowd erupted in a chant of “Hell no” at Tosh’s warning. 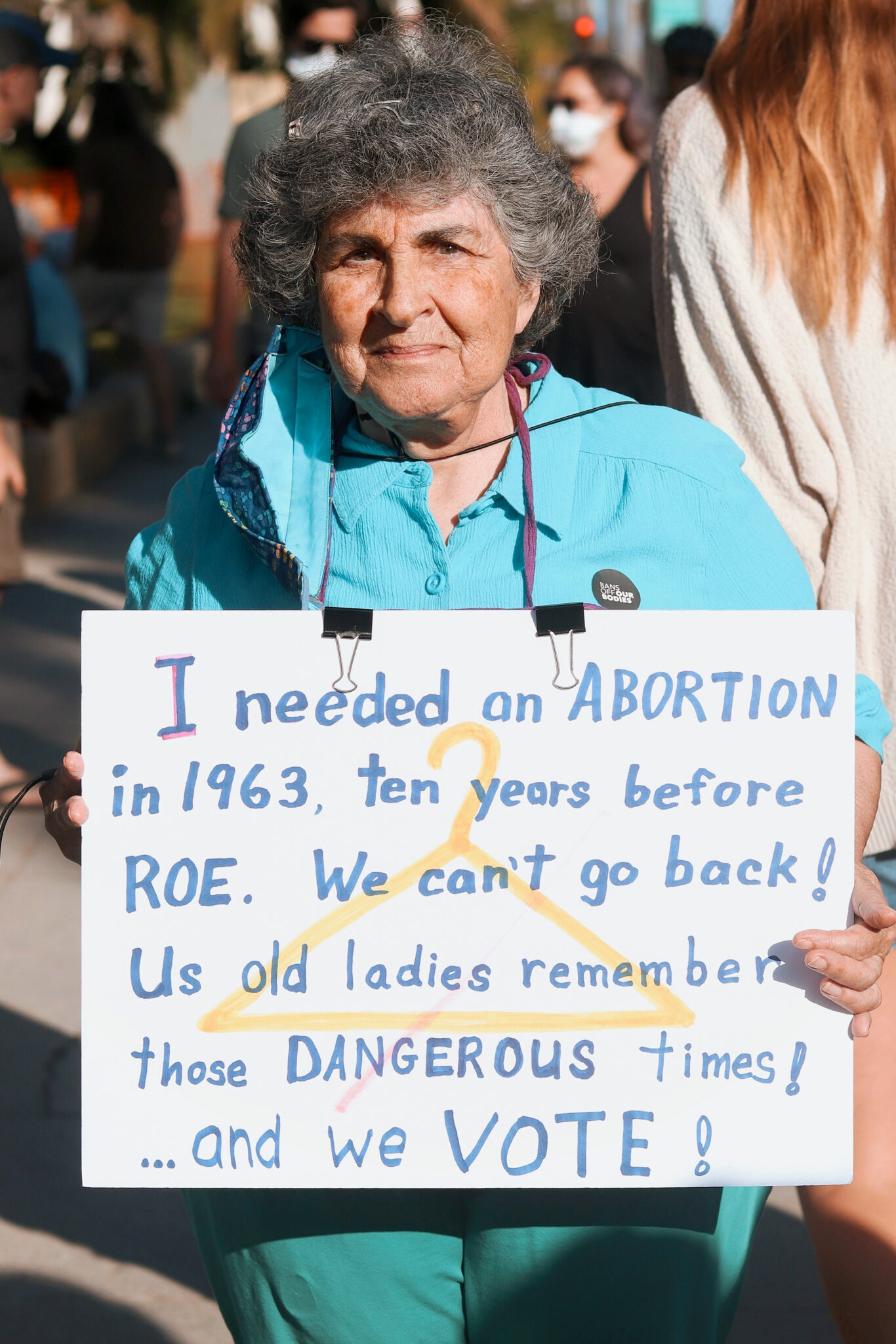 Reverend David Moore of the New Covenant Worship Center and a board member-elect at the Planned Parenthood local branch described the Court’s decision as one created out of fear and anger.

“We must not forget that the framers of our founding documents only intended for a few people to make the decisions for the rest,” he said. “The Supreme Court does not respect our right to vote because they don’t care about our voice because the Supreme Court is afraid and it’s angry, and it represents people who are afraid and angry.”

Moore encouraged the crowd not to be defeated by the decision, but to be motivated to fight for reproductive rights.

“Though we’ve taken some body blows and it seems like we might as well give up because we’re losing our breath … remember we trained to take these body blows,” he said. “We worked out, we built the muscles to take all of this and so instead of us despairing, instead of us losing heart, instead of us throwing in the towel and saying ‘what’s the point with America?’ We are ready to take on the challenge of standing up for women’s rights.”

“We knew this was coming but it still doesn’t take away the sting. There’s still so many feelings of hurt and heartbreak and disappointment and sadness and grief and anger, fury,” she said.

Anderson said the decision would disproportionately impact marginalized groups, including people and color and people identifying as LGBTQ+.

Reyes-Martín ended her remarks to the crowd by encouraging supporters to destigmatize abortion through their individual stories and solidarity with one another.

“More than ever, it’s those individual conversations, it’s dismantling the stigma that is gonna be so so important,” she said. “Your commitment and your solidarity helps power this movement. Generations before us have fought tirelessly to gain and protect our rights, and now it’s our turn.”