The Daily Nexus
News
UCSB Student Among Three Killed in Campus Car Collision
May 28, 2022 at 7:20 pm by Mark Alfred

A fatal three-car collision occurred at the intersection of El Colegio Road and Stadium Road on May 28 at approximately 4:50 p.m. Three people were killed in the crash, including one student, according to the Santa Barbara County Sheriff’s Office. Five others were seriously injured, according to Noozhawk. 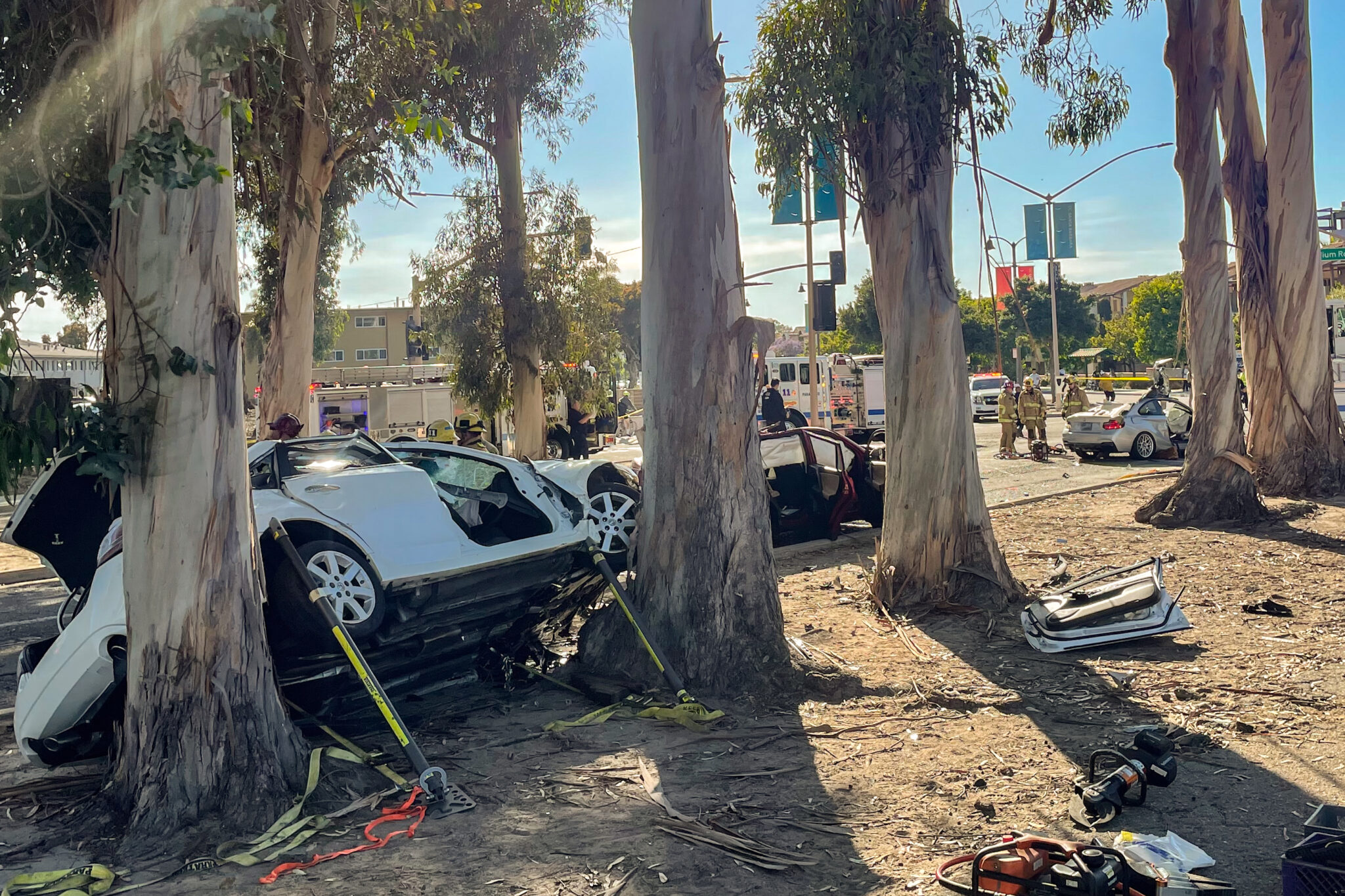 Noozhawk also reported that one of the drivers recklessly ran a red light and that heavy extrication was needed to free some of the victims from the wreckage. One of the vehicles ran off the road and into a tree.

UCSB Media Relations Manager Kiki Reyes said that the university shares its sympathies with those affected and shared resources that are available to students.

“Our hearts and our sympathies are with the family and friends of the individuals impacted by this horrific accident,” Reyes said in an email statement to the Nexus.

Reyes highlighted UCSB Counseling and Psychological Services (CAPS) and other wellness resources are available for students affected by the tragedy and wish to seek support. Phone consultations with CAPS are available at all times at 805-893-4411, she said.

The headline of this article has been updated on May 31, 2022 at 5:16 p.m. to reflect the death of two UCSB students in the collision.

CORRECTION [5/31/22, 6:51 p.m.]: A previous version of this article incorrectly stated that Daniel Razo was a UCSB Student. This article has been updated to reflect that Razo was not a student.