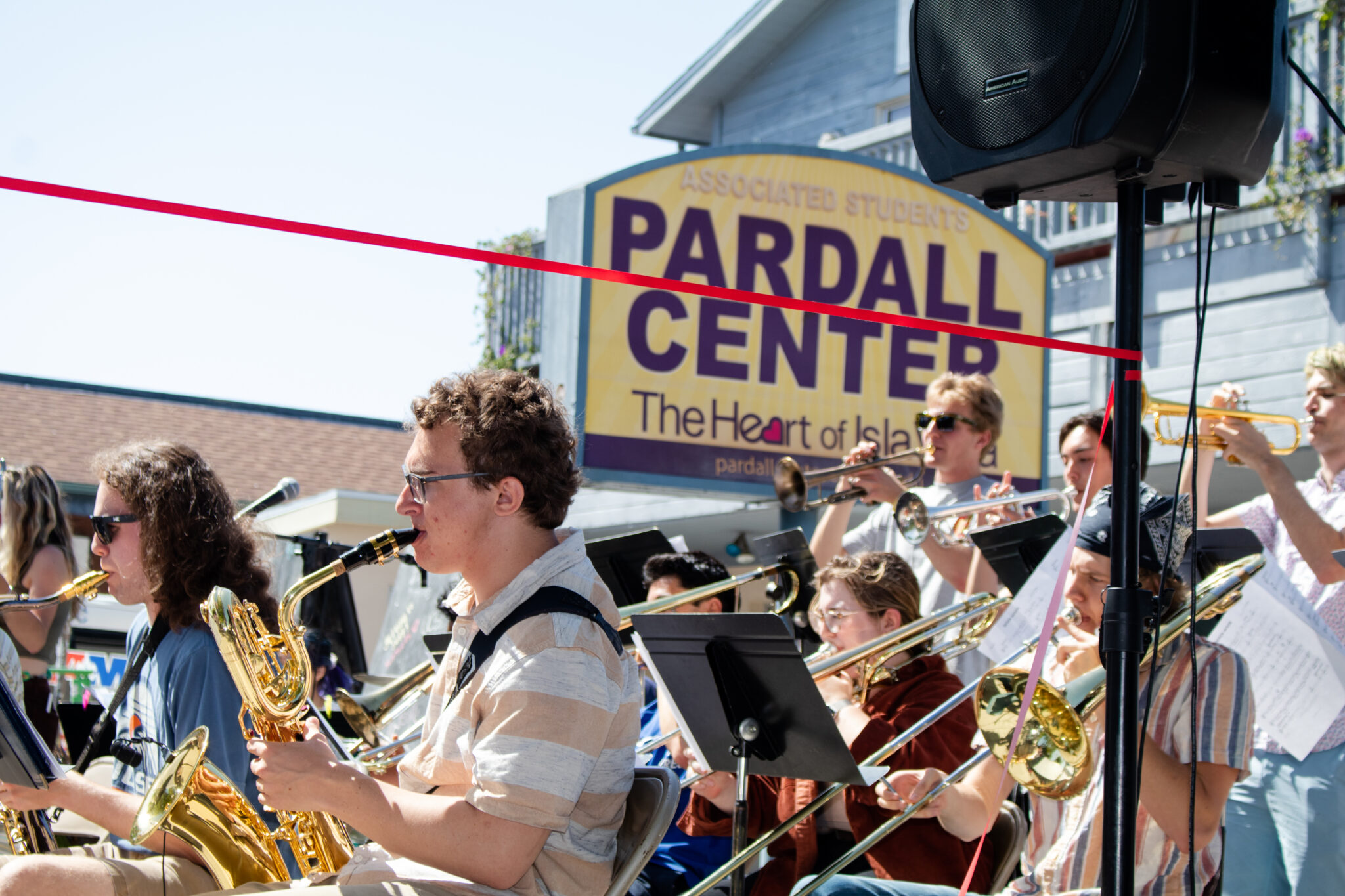 The tradition continued since a decade ago, acting as a way to promote community within Isla Vista. Zoha Malik / Daily Nexus

According to Allina Mojarro, Associated Students community education outreach coordinator and staff advisor for Isla Vista Community Relations Committee (IVCRC), the event has been long-awaited, as COVID-19 left it unable to occur for the past two years.

“We missed two years [of the carnival] because of COVID, so our last Pardall Carnival was actually in October of 2019,” Mojarro said.

Mojarro noted that the carnival’s goal was to bridge different demographics of people — such as students and nonstudents — that live within Isla Vista.

“The history of this event has really been to [cultivate] community amongst the Isla Vista residents: UCSB, SBCC and the families that live here. People really do forget that Isla Vista is full of families who are not students. So we wanted to bring the community together,” she said.

Pardall Road remained crowded with carnival attendees through the afternoon.

Third-year English major Yiu-On Li, internal chair of IVCRC, spoke about the large amount of time the committee spent planning for the event.

“Planning started back in the summer. In some ways, that was a good thing, because it gave us a lot of time to make sure the carnival was up and running smoothly after a two-year hiatus,” Li said.

Li gave context to the carnival’s history, which started a little over a decade ago, and how it began as a community effort to support small businesses.

“[At this time] they were trying to add sidewalks to the street, before which there were none, and the businesses along the street took a really hard hit. IVCRC during that time decided to host an event inviting all these businesses to drive up traffic for all of them,” Li said.

The tradition continued since then, acting as a way to promote community within Isla Vista.

According to second-year communications major and IVCRC Publicity Coordinator Bella Strollo, these relatively easy ways to win prizes without fees are typical of an IVCRC event.

“Everything we do is free … everything we do has to take place in Isla Vista,” Strollo said. “It’s because we want it to be so accessible to the community.”

The main attraction of the carnival was the ferris wheel, situated in front of Sam’s To Go and drawing a long line that winded around the block.

“We wanted to experience the carnival because we saw emails about it, and the ferris wheel especially seemed interesting,” said first-year biopsychology major Vanessa Sida.

For those who didn’t want to wait in the ferris wheel line, there were carnival games set up where you aimed a water gun or a mini bowling ball at targets or pins, respectively.

The carnival also offered live music, a departure from past events which only had a DJ, according to Mojarro. The musical lineup included Mind Funk, Josh Chan and the UCSB Jazz Ensemble.

“[I like] the mood, the vibe. It’s warm, [and] everyone’s happy,” first-year SBCC psychology major Lu said of the music and carnival’s atmosphere.

Strollo highlighted the universal appeal of the event.

“It’s family friendly … [it’s a] safe event that’s fun for people, it’s on a Sunday, you can come, relax, enjoy some food. It’s so people can have a good place to hang out … and see people they wouldn’t normally see.”