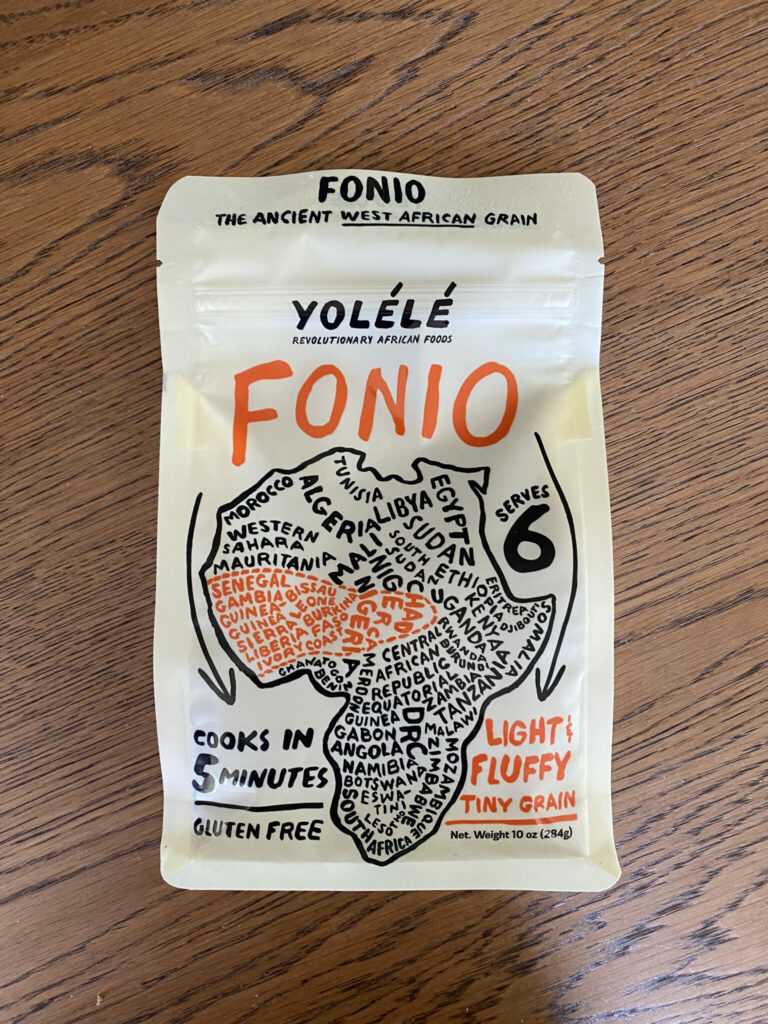 The other day, I was at the Isla Vista Food Cooperative doing some grocery shopping. I came across a bag of fonio, a grain I’d never heard of. Always eager to try something new, I grabbed the bag and checked out. After doing some research into fonio and the company, Yolélé, that sells it, I’m happy to say I’ve found a new pantry staple; the history of this grain and Yolélé’s mission are both fascinating and wonderful.

According to Yolélé’s website, fonio has grown in the West African Sahel region for over five thousand years. The Dogon people of Mali, an indigenous population who’ve grown fonio for millenia, refer to fonio as “The Seed of the Universe.” Not only does that speak to the cultural importance of fonio, but I believe that’s the single coolest descriptor I’ve ever seen attached to a food. Nutritionally speaking, it’s rich in iron, fiber, vitamin B, zinc, magnesium and antioxidants. Furthermore, it contains methionine and cysteine — two amino acids practically absent in all other grains — which promote hair, skin and nail growth. Plus, it’s gluten free! Due to its nutritional content and digestibility, it’s a favorite among pregnant and nursing women and is often given to infants who are just beginning to eat solid food.

Yolélé, as a company, is dedicated to supporting West African farming communities, many of which are extremely impoverished. Yolélé works with “smallholder farms,” a term new to me in researching the company. “Smallholder farms” refers to any small farm (under 5 acres) that is usually managed by a single family. Many of the smallholder farmers in West Africa don’t have access to markets, instead selling produce on the side of the road. Without a market presence, it’s extremely difficult for these individuals and their communities to make a stable living; there simply aren’t enough customers. Yolélé works with these smallholder farms, especially female-managed farms, to connect them with the global market (hence me finding fonio at the I.V. Food Co-op!) so they can reach more customers.

Another advantage Yolélé finds in supporting West African smallholder farms is their sustainable agricultural practices. According to the “about” section of Yolélé’s website, smallholder farms “employ regenerative techniques like intercropping, cover-cropping, and crop rotation,” all techniques that defend the Sahel against climate change. Funding for agricultural development in West Africa mainly goes toward large, corporation-owned monocropped farms that, through their intensive use of chemicals and refusal to rotate crops, slowly degrade the soil and ruin the land on which they’re growing. By supporting sustainable smallholder farms, Yolélé puts money behind farming practices that have the potential to reverse harmful consequences of climate change and gives these farms the economic backbone they need to continue practicing regenerative agriculture.

Fonio itself is an extremely climate-change-resistant crop. The Sahel isn’t exactly the most habitable growing zone: It’s dry, it’s sandy and it’s extremely hot. Fonio, however, flourishes in the Sahel. Fonio is reliable, growing even in seasons when other crops fail. Not only that, it’s quick to grow. Fonio is usually the first crop to be harvested in the “hungry season,” before other crops are ready to be harvested. Over the next few decades, due to the uncaged, ravenous and governmentally ignored monster that is climate change, many of our growing zones are going to become more and more like the Sahel. Crops like fonio that produce quickly, reliably and in harsh conditions will be instrumental to our continued survival. 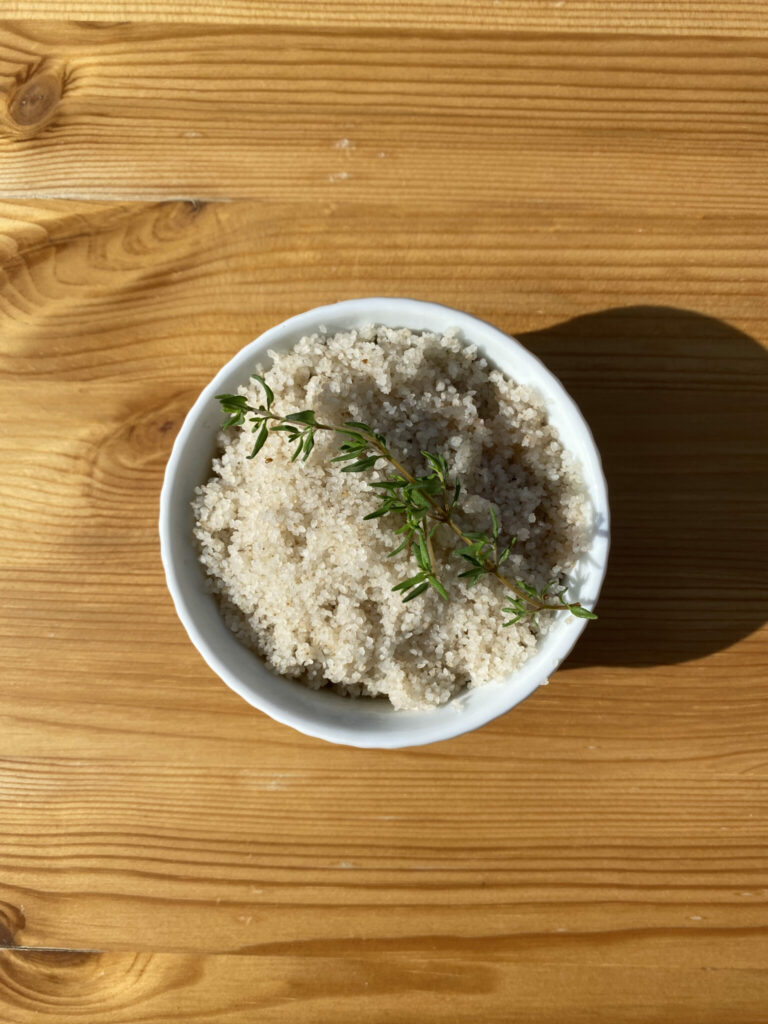 So… how does it taste?

In one word: Great! First of all, the cooking process couldn’t be easier. Bring 2 parts water to a boil, add 1 part fonio, stir it and add some salt, let it return to a boil, then cover it with a lid, take it off the heat, and let it sit for 5 minutes. Boom! Perfect fonio. It expands like crazy, too; a half cup of dried fonio was enough to feed both me and my girlfriend. It has a lovely texture, crumbly but moist enough that it clumps together into satisfying bites. I’d compare the taste to amaranth, a slightly more popular ancient grain commonly used by Native Americans. Though, fonio’s grains are smaller, and it doesn’t taste as earthy. It’s great on its own, but I think it shines as a foundation upon which to build further. My girlfriend and I fried it up with some squash, carrots and tomato paste, and put some chicken thighs on top, all seasoned with berbere (an Ethiopian spice blend), which was delicious!

So please, go out and try some fonio! Yolélé has a wonderful mission and sells delicious products; I can hardly think of a better company to support at the moment. If you’re not into the idea of cooking the grain itself, Yolélé sells many other fonio-related products including fonio flour and many flavors of fonio pilaf and fonio chips. Head to the I.V. Food Co-Op to buy locally, or purchase on Yolélé’s website!