The Daily Nexus
News
Environmental Affairs Board Rallies Against California’s Fossil Fuel Use
April 17, 2022 at 7:33 pm by Kyra Schimpf 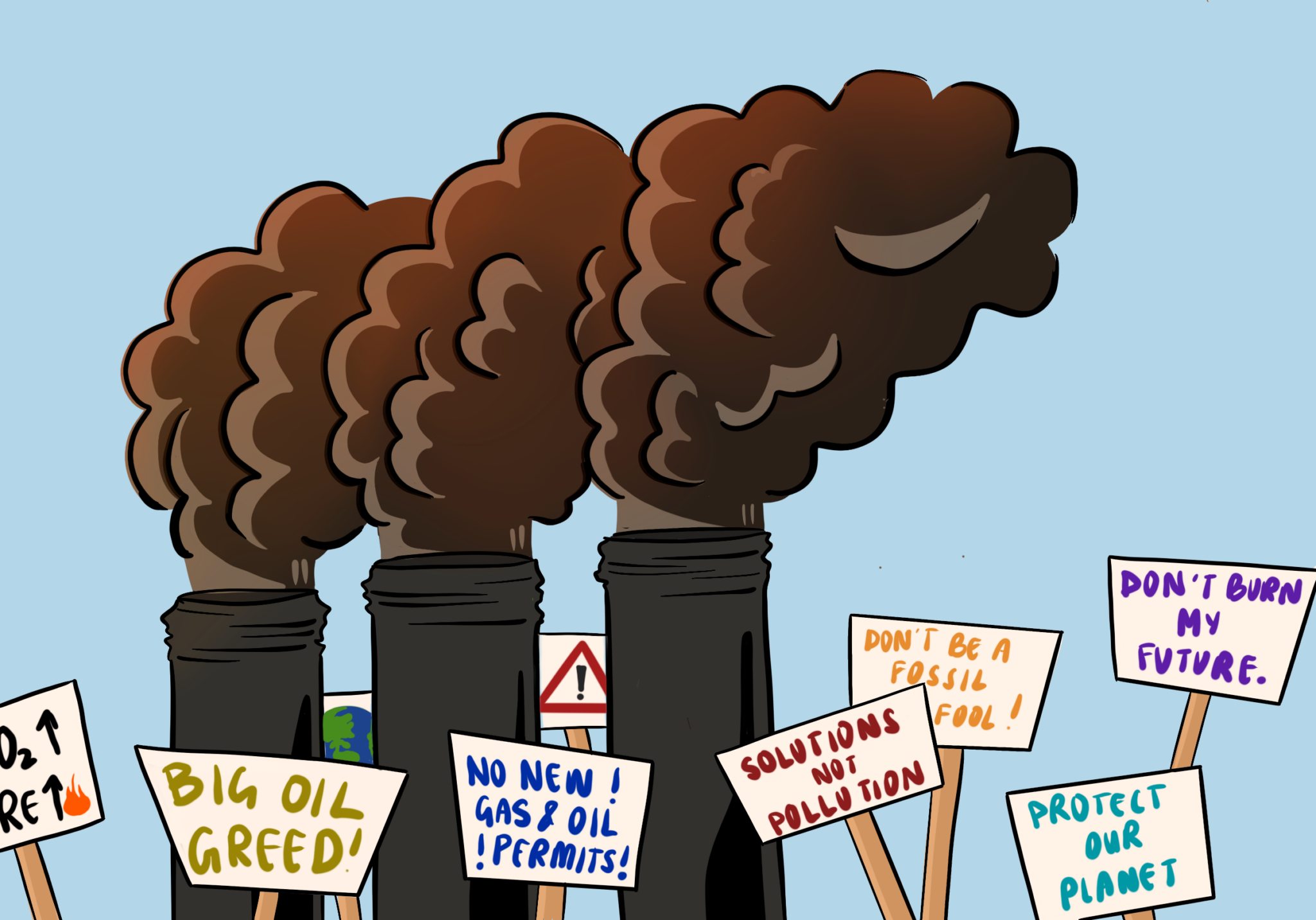 Students congregated at the UCSB North Hall Outbound bus loop at 11 a.m. with protest signage before commuting to Santa Barbara Downtown, where the rally was held.

The event had about 25 participants and a lineup of six speeches.

Kat Lane, a third-year environmental studies major and co-chair of EAB, addressed the crowd at the rally.

“We’re in a dire situation, and we need to take action to ensure that everyone can have an equitable future that serves them and that no one is continuing to struggle to survive underneath climate change or for any other reason,” Lane said. “We need an equitable, just future, and that includes having a livable planet.”

“We are calling on Newsom to act now to ban all new fossil fuel drilling in California,” Jain said. “It is a huge social justice issue since a lot of those wells are located in your communities and your sensitive receptors. So hospitals, schools, churches, and a lot of them are located in primarily communities of color.”

“And all the while — while this drilling is going on — it is jeopardizing the health and well-being of those people, those places and ecosystems, so we’re really calling on [Newsom] now to protect our people in those communities,” she continued.

The event also included a station where participants could use chalk to write messages to the governor on the ground in front of the Santa Barbara County Courthouse. The idea proved popular, and passersby spectating the Last Chance Alliance rally participated in the activity.

“Not only did we write our own messages, but people walking past picked up chalk and started writing little things in front of the courthouse. And that was honestly a really unique thing,” Huebner said. “You get your voice heard by taking 30 seconds of your day to write a quick message, and it’s the thing that everyone else sees as well. And so it kind of brings more people in, in a fun and creative way.”

A version of this article appeared on p. 1 of the April 14 edition of the Daily Nexus.