The Daily Nexus
Music
In Review: Banks Slithers Her Way Toward Independence on “Serpentina”
April 14, 2022 at 9:00 am by Sam Franzini 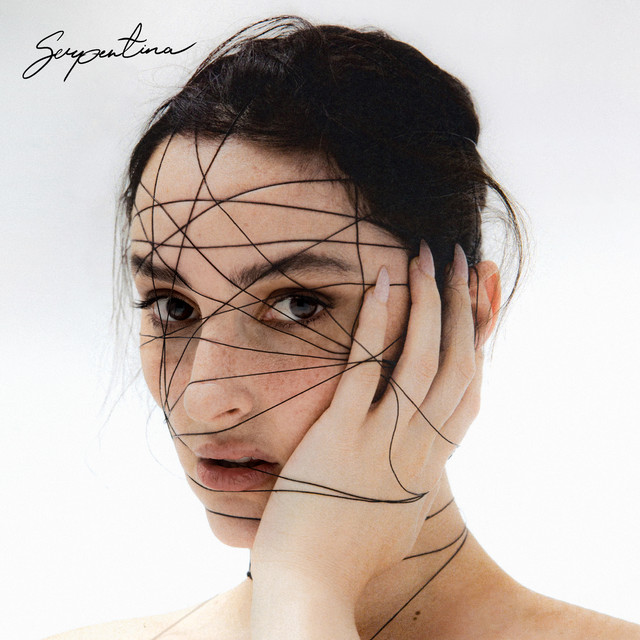 Asserting yourself as a ‘bad girl’ of pop — not for just one album concept, but spanning across a career — is somewhat of a risky move, but Jillian Banks has navigated it with ease. Interlacing alt-electro-pop with hushed vocals, she’s asserted her dominance ever since her 2014 debut. “I fuck with myself more than anybody else,” she whispered in “Fuck With Myself” from her album “The Altar;” “You can call me that bitch,” she declared in “Gimme” from her album “III.” Now, on her new album “Serpentina,” Banks goes in a similar direction to what she’s done previously — one part brash bangers, two to three parts smaller, quieter ballads — and pushes slightly against the grain, but not too far to produce a drastically different album.

The record comes at a time of change in Banks’ life — after her “III” tour wrapped in late 2019, she dealt with an autoimmune disorder, a fractured spine and panic attacks from anxiety. “Serpentina,” then, helped her struggles and signals a new life and direction for the artist. Shedding her skin on the opening track and reflecting on her career so far, she begs, “Please let me be misunderstood” atop increasingly distorted synths.

The lead single to the album, “The Devil,” is another one of the aforementioned Banks I’m-that-bitch tracks. “Someone write my new name down,” she croons over sparse beats and rapid breaths in the background. Though the chorus is whispered in Billie Eilish style, the catchy song explodes and becomes one of Banks’ most self-assured bangers yet. The catchy chorus will stay stuck in your head; despite the choppy syncopation of her voice, “I’m the devil and I speed with the pedal on the gas / And I think I like the fast life better now,” is a standout line.

“Anything 4 U” is a dark take on a love song, but it’s easily the most upbeat of the bunch. The propulsive and glitchy track details an obsession with a partner that’s probably not healthy: “The problem is I’d do just anything for you,” she details on the chorus. Though not brash and in-your-face like singles “The Devil” and “Holding Back,” it takes a backseat approach, similar to slower jams like “This Is Not About Us” from “The Altar.”

“Holding Back” — the best song on the album — is the kind that demands to be played in a stadium or club. Admitting fault “All I wanna do is get you loved and laid / I wrote you a melody, can’t you see that?” And it’s one of her best ones yet. There’s no way to ignore Banks’ vocals, interspersed with a harsh electronic wall of sound (à la Self Esteem’s “Moody”) and a catchy, high-pitched vocal sample (à la Drake’s “Nice For What”).

The problem is that once you listen to “Holding Back,” you wonder why the other songs aren’t as commanding or immediately interesting. Songs like “Skinnydipped” and “Unleavable” are a bit of a slog to get through, though you can appreciate her self-discovery and growth with lines like “I cleaned out the salt in my wounds.”

“Spirit” featuring Samoht is frustrating to listen to, simply because of what could have been. The solid melody and words detail a deeply personal struggle over Banks’ years — “Baby, when I feel like, feel like giving up / Something in my spirit tells me I ain’t had enough” — but it’s a bit tame compared with the electro-gospel banger “Look What You’re Doing To Me” from her last album. It’d be simple to add an extra burst, something that explodes and rockets towards the chorus, but the song feels half-baked and easily improvable, especially with its short runtime.

Meanwhile, “Meteorite” attempts to showcase these bursts with interpolations of Banks’ own quick breaths and sounds, much like Maggie Rogers’ recent effort, but the effect is somewhat discombobulated and random. If you can make out the lyrics on the chorus, they’re quite imaginative: “If you wanna beat the sunlight / I’ma leave my inhibitions at your door.” “I Still Love You” — though saccharine and could be featured in Pixar’s next movie — is a lovely tune to close things off. Written 13 years ago, it still holds up while detailing a past relationship: “I don’t know where you go on Friday nights / I don’t know your current favorite song / But I know that how I drive, it drives you crazy / And I know I still love you.”

It’s a bit discombobulated; some songs assert their dominance from the get-go and others stall in one place, but with Banks’ era of immense change and suffering behind her, the growing pains of “Serpentina” — er, shedding pains? — are mostly understandable.