The UC Santa Barbara Office of the External Vice President of Local Affairs is hosting the Associated Students Open Market on April 8, where student vendors can sell their art, clothing and more at Little Acorn Park. The six hour long event is open to the public and returns after two years due to COVID-19 restrictions. 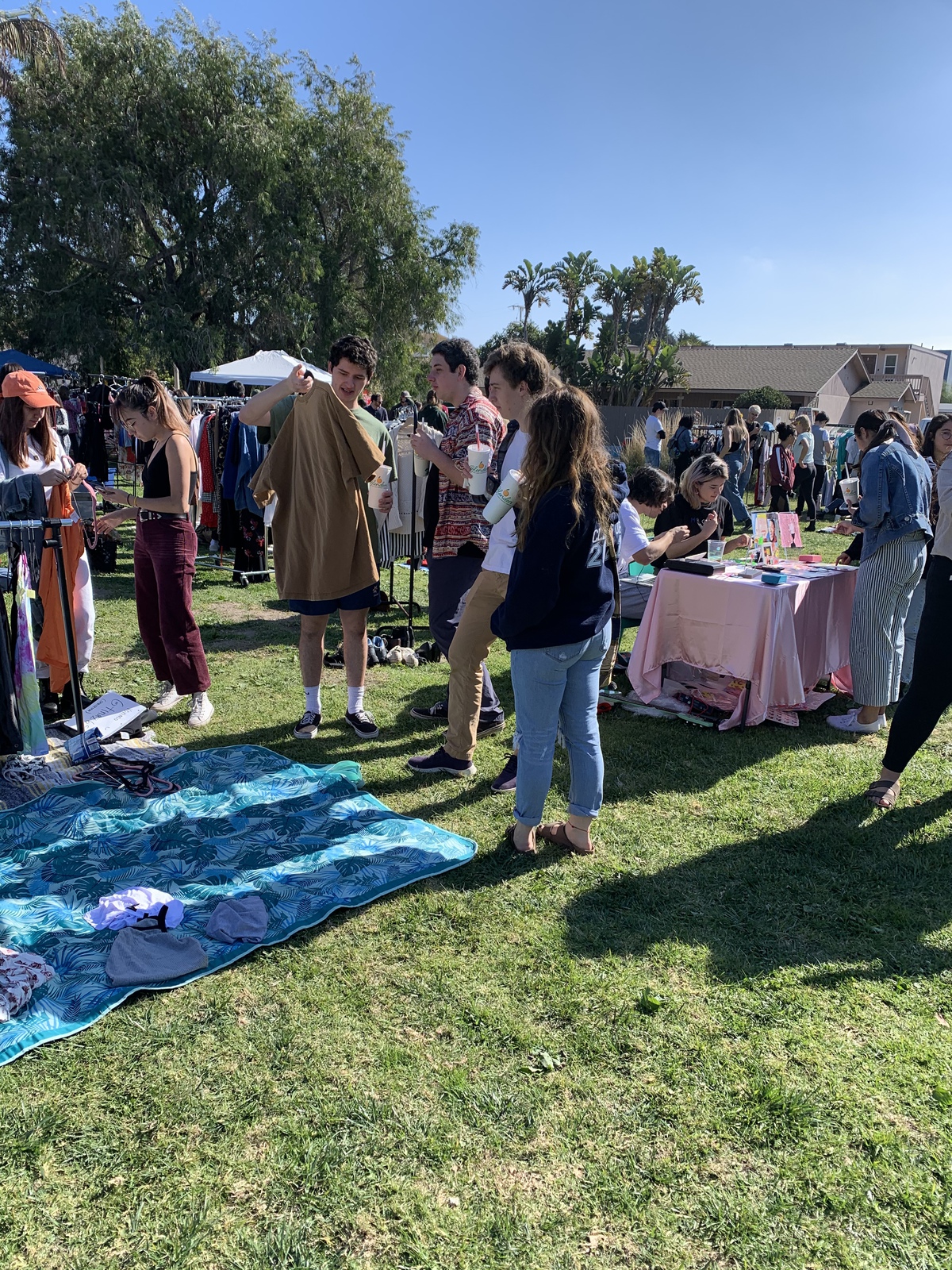 The event is open to the public and returns after two years due to COVID-19 restrictions. Courtesy of Shannon Sweeney

The idea of the Open Market began two years ago, when UCSB 2019-20 External Vice President of Local Affairs Christian Ornelas sold vintage clothing as a vendor himself, which unofficially started the tradition.

“Christian hosted an open market because he was actually a vendor and he sold vintage clothing,” said External Vice President of Local Affairs (EVPLA) and fourth-year environmental studies and sociology major Shannon Sweeney. “He was in a Facebook group with vendors and reached out to them about doing it officially.”

Sweeney said the EVPLA office is now collaborating with Associated Students (A.S.) Program Board, and featuring performances and live music from artists at the event throughout the duration of the market.

The market will host 23 to 25 individual vendors, and in response to a mass email sent out by the Division of Student Affairs on March 30, there are 40 student vendors on the waitlist.

“We sent out one of the bulk emails to students to try to get more student involvement in the Open Market, and we got an overwhelming response [so] I had to close the form within 24 hours,” said EVPLA Community Events Coordinator and fourth-year global studies major Ajah Whitehead. “It seems like people are really interested in having a space to sell their products and also to just be in community with one another in an open space.”

The EVPLA office asks all Open Market attendees to wear a mask and practice social distancing during the event. To address COVID-19 health concerns, masks will be provided at sanitation stations placed throughout the market. Additionally, although the market is a coordinated effort, each vendor will set up their own station and operate their business individually throughout the event.

“We’ve been working with [IVRPD] too, but it’s really honestly the vendors — they take care of their own business and as long as they don’t leave trash in the parks, that part of the setup will be easy,” Sweeney said.

Sweeney reminisced on how engaging the Open Market was in past years.

“Back when we were doing one of  [Ornela’s] markets, I was working at a grocery store and I was telling a customer who would come in a lot about the event,” she said. “He was just a Santa Barbara community member, but he was like, ‘Wow, that’s something that would make me want to go back to I.V.’”

Whitehead said this market is a part of her effort in providing spaces for students who own their own businesses to display their work for the public.

“I really want to ensure that we had a space this year for that,” Whitehead continued. “I’m just excited to see it come together because we’ve been talking about doing this since fall quarter.”

Sweeney emphasized the importance of having a public event like the Open Market in Isla Vista, as she said there are not that many opportunities of entertainment and leisure in the I.V. that don’t involve drinking.

“Whenever we have an Open Market, it’s nice to have an event for people who aren’t trying to party,” Sweeney continued. “I think that’s something that’s really important to me — having events for students close to their homes that don’t center around alcohol.”

A version of this article appeared on p. __ of the April 7 print edition of the Daily Nexus.