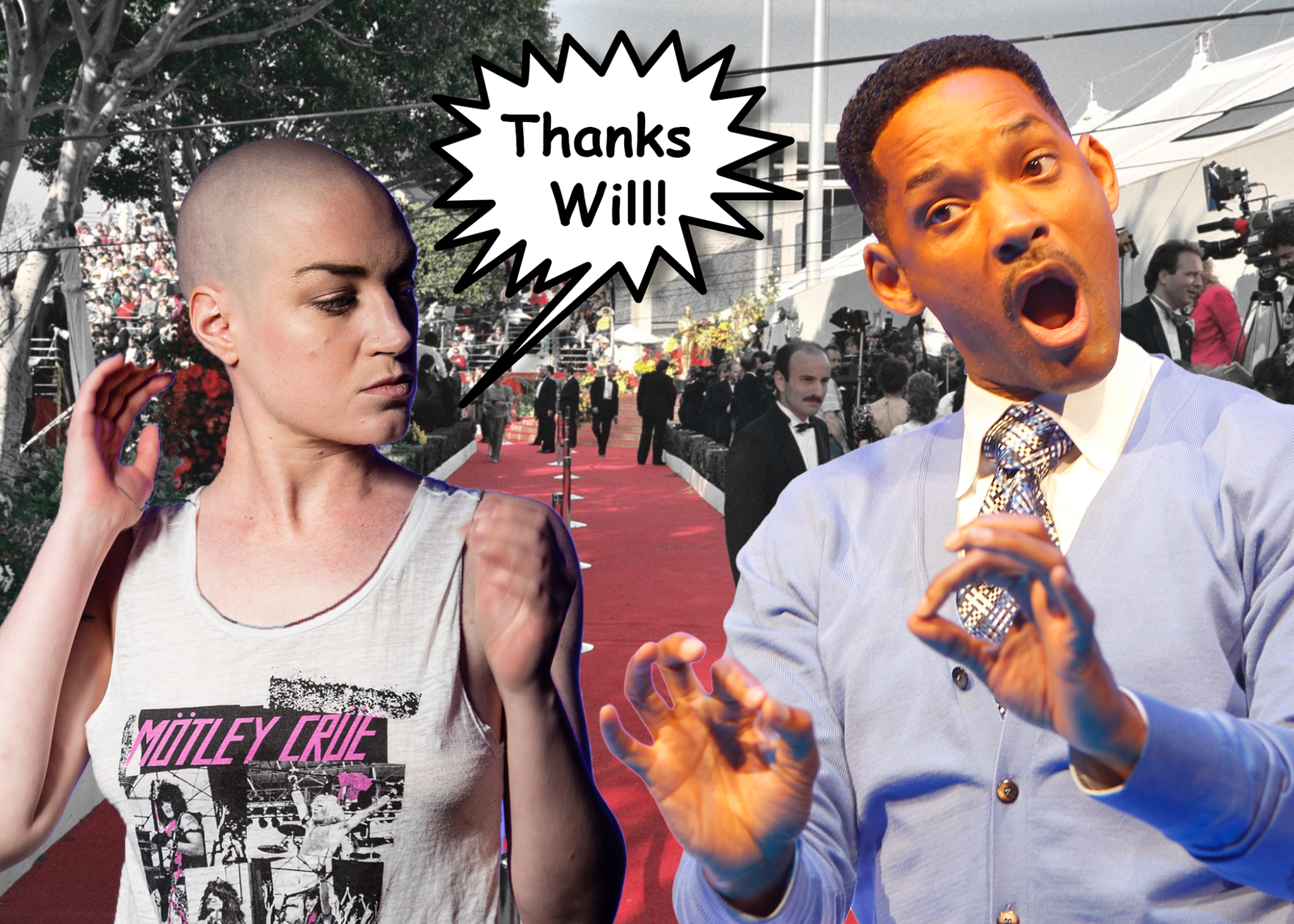 In a shocking revelation from sources close to Will Smith, the slap followed by the explicit statement was a moment of spontaneous advocacy on behalf of Will Smith to raise awareness for alopecia.

“He was just acting on the spur of the moment,” our anonymous source said. “He knew it would get him in trouble, but, at the same time, he had the opportunity to let the world know about alopecia. He doesn’t want people to know this secret, but I can’t take it seeing him suffer like this.”

As for Will Smith’s choice of words following the slap, our source had to say this, “He’s a professional actor, he’s been doing it his whole life, so he knows what to say to have the greatest impact.” We asked our source why Will Smith decided to make the altercation about his wife instead of directly bringing up alopecia, “If he had made it about alopecia, then people wouldn’t want to look it up as much. The key is misdirection. This way, people don’t even realize how they are being played. Sure, Will Smith is suffering some backlash from this decision, but he had to play the bad guy for this to work. He decided to make the honorable choice and go down in his greatest acting performance yet: He defended his wife and got the word out on her disease.”

I reached out to the Academy for their response, what they had to say was, “Of course it was a spontaneous stunt. It was so spontaneous that we even thought it was real, but moments after we got a text from Jada Smith explaining the situation. So, we decided not to bring the police in and ruin the moment.” When asked what their response would have been had this been a real assault, “Of course we would have arrested him! We’re the Academy, not spineless monsters that are only here for money and care about our image only as much as it suits us. We want to do good when we have the chance.”

At this point, we can only hope and pray that the truth has been revealed in time to free Will Smith from the shackles of his own selflessness, but we shall see.

Ben Red is learning more about alopecia by the day thanks to Will Smith’s sacrifice.