On Wednesday, March 9, Benedict Cumberbatch, a British actor best known for his roles as Dr. Strange and Sherlock Holmes, was honored with the Cinema Vanguard Award at the 37th annual Santa Barbara International Film Festival for his performance in “The Power of the Dog.” 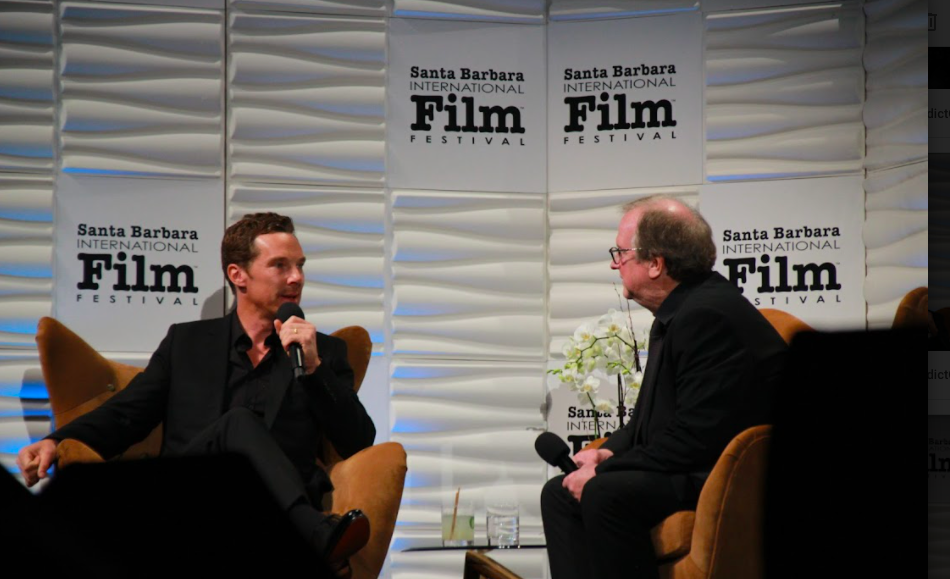 Cumberbatch, who was nominated for an Oscar for his performance in the Jane Campion-directed film, has been lauded with countless awards since his first performance at 13 years old as Titania, Queen of the fairies, in a Shakespearean performance of “A Midsummer Night’s Dream” at his all-boys boarding school. He has been nominated for an Oscar twice, — once for “The Imitation Game” and once for “The Power of the Dog” — an Emmy six times and won an award from his eight British Academy Film and Television Arts nominations, among many others. His first Santa Barbara International Film Festival (SBIFF) appearance was with his 2006 movie “Amazing Grace,” where he played William Pitt, and this role was also his first major acting appearance.

After a red carpet appearance surrounded by attentive reporters and screaming fans, Cumberbatch took the stage at The Arlington Theatre in downtown Santa Barbara for an interview with Pete Hammond, who is the chief film critic at the corporate sponsor of the event, Deadline Hollywood. The interview, which lasted a little over an hour, covered much of Cumberbatch’s previous work as an actor and delved into his work philosophy, which he summed up as “I’m working a lot, but I’m drinking a lot” as he held up a cocktail to the audience. In the same spirit, he later recounted that he said one of the most complicated, fast-talking lines in Sherlock “after two margaritas” in a single take.

Cumberbatch’s star power was made evident by the fact that his event was the only sold-out SBIFF award ceremony event. His fans, who he lovingly referred to as the “Cumberbitches” and “Cumberpeople,” erupted with applause frequently throughout the night, especially when fan favorites like “Marvel” and “Sherlock” were brought up in conversation. “It’s like I’ve got neurons in the audience,” Cumberbatch joked when the audience helped him remember the year he played Hamlet. He also interacted frequently with his fans in the audience throughout the night, at one point taking a Ukrainian flag from an audience member and raising it in support of the people of Ukraine in light of recent events.

As part of the illustrious group of actors like Laurence Olivier, Kenneth Branagh, Jude Law and Sir Ian McKellen that have also previously played Hamlet, Cumberbatch has undoubtedly shown his acting chops both on the stage and on the screen. “They all relate to one another, they all feed one another … so I don’t really have a favorite,” Cumberbatch stated in regard to his preferred types of acting. However, the actor shared that he felt that “theater is a bit cruel for me at the moment … for my family … for the meantime, that’s on hold but I’m desperate to do it.” 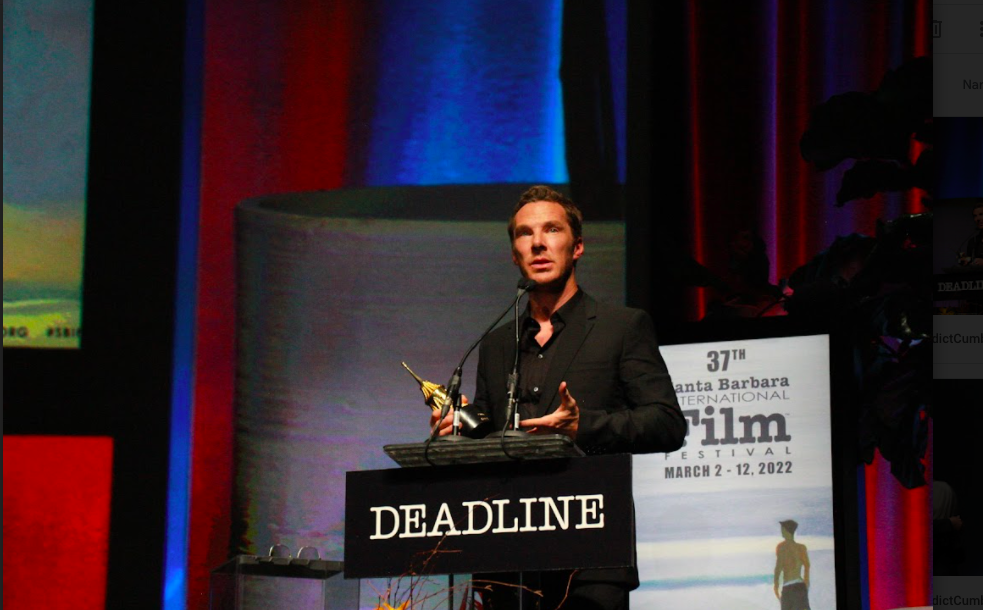 When Hammond asked about Cumberbatch’s vocal work in “The Simpsons,” “The Grinch” and “Mowgli: Legend of the Jungle,” Cumberbatch stated that he “started out at school with a dictaphone, doing silly voices … to make people laugh.” His ability to make people laugh with his voice was showcased as he did a slew of celebrity impressions to the audience’s delight, including Jeff Goldblum, Tom Holland, Michael Keaton and Christopher Walken.

Jane Campion, the director of “The Power of the Dog” and a leading feminist filmmaker with countless accolades, presented the Cinema Vanguard Award to Cumberbatch at the end of his interview with Hammond. She kicked off her speech with the pressing question, “Is Sherlock Holmes a virgin?” to which Cumberbatch replied, “No … him and Irene Adler had a night.”

She went on to compliment his work in their film, noting that “[his] Phil Burbank exposed the grief and tenderness in a terrible man … I never knew could be seen.” She also lauded him with numerous compliments, calling him “a beautiful human, a great deal of fun and a fantastic monologuist.” On their friendship, she stated that he was “a magnificent friend” and that she, “like [his] ‘bitches,’ think it’s very sexy when a man talks feminism, especially when he believes it.”

The Cinema Vanguard Award honors actors with the “tenacity to forge new ground in their craft,” which Cumberbatch has undoubtedly accomplished throughout his studded career. His passion for social commentary shines through in his roles throughout time. Most notably, his roles in movies like “The Imitation Game,” “12 Years a Slave” and “The Power of the Dog” show how versatile and powerful his acting abilities are in bringing social issues to the big screen in a way that few others have mastered. In Campion’s words to Cumberbatch, “every generation has their wunderkinds … First, there was [Laurence] Olivier, then there was Daniel Day-Lewis, now there is you.”

With this award under his belt, Cumberbatch was also nominated to win big once again at the Academy Awards for Best Actor on Sunday, March 27, for “The Power of the Dog,” although he lost to Will Smith, who won the award for his role in “King Richard.”

Perhaps Benedict should start slugging the awards comics. Seems to be the new thing to win lead actor.