The Daily Nexus
Literature
Publishing in a Pandemic: How Authors Virtually Write, Publish and Promote
April 1, 2022 at 12:25 pm by Sam Franzini

Caleb Horowitz, the protagonist of Andrew Lipstein’s 2022 novel, “Last Resort,” is markedly similar to me in some ways. We are both writers, Jewish and overly anxious about the floaters existing in our eyes. However, his novel’s plot is a stolen idea, based off a friend’s scandalous story when he had a foursome when visiting a Greek island, and mine remains partially unwritten due to laziness — it’s also not about a foursome. 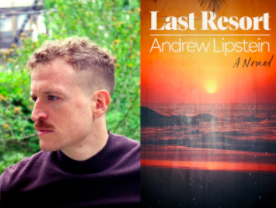 Publishing “Last Resort” was a miracle, Lipstein said in a recent interview. His first agent wasn’t able to sell the book, so he took matters into his own hands and found a home with Farrar, Straus and Giroux. His lucky streak continued, and with a new agent, he was able to sell a second book: “Flash & Yearn.” The writing process for the second book came a bit easier — he finished it in four months — as the pandemic wiped away dinners, hangouts and other times of distraction from productivity. “Life is more boring [in lockdown], and boredom, as I’ve always found, is a great reason to make the fun yourself,” Lipstein said.

Though the pandemic may have helped Lipstein and other writers increase their productivity, everything that comes after completing the first draft of a manuscript has taken a hit, starting with the innocuous trend of reading increasing during lockdowns. People used fiction to escape into made-up worlds, as Matt Haig’s feel-good novel “The Midnight Library” racked up weeks on the New York Times bestseller list. But even pandemic-centered novels, like Ling Ma’s “Severance” and Emily St. John Mandel’s “Station Eleven,” flew off the shelves after being subjects of thinkpieces examining their narratives to ours. As social justice protests rocked the whole world during the summer of 2020, people everywhere turned to non-fiction to learn about white fragility and how to be an anti-racist. Writers capitalized on former President Donald Trump’s inability to correctly control a pandemic with sensationalized titles like “Rage” or “Peril” that document his failures. In total, 35% of the world’s population have read more books during the pandemic than before.

But, by the holiday season of 2021, our increased reading lead to distribution problems. Niche indie titles weren’t as affected, but the bestsellers took a hit as everyone scrambled to purchase the newest title from Sally Rooney or Liane Moriarty. In an October 2021 article for Vox, Constance Grady warned book buyers to start shopping now. Labor shortages, increased paper prices and decreased amounts of cardboard for shipping have all coalesced in a “perfect storm,” according to Matt Baehr, executive director of the Book Manufacturers’ Institute. People want books, but there isn’t enough materials to get them to readers.

Allegra Hyde, a creative writing professor whose debut novel “Eleutheria” landed this month, felt the multiple stresses of publishing during a pandemic. She previously released a short story collection —  which helped her get familiar with the publishing industry — but a debut novel was a different animal. “It did take a while to find the right home, it was stressful. [I spent] five or so years working on it, invested a lot of time into getting it ready and caught the interest of Vintage,” Hyde said.

Because of the limited supplies, publishers have to be choosier in the novels they take risks on. Former editor of New York Tyrant Magazine Jordan Castro says his book, “The Novelist,” didn’t have much luck with major publishers as it’s admittedly strange. Soft Skull Press, an independent publisher, took on his book where it was able to find a home. “I wondered if the book would come out, accepted it wouldn’t, and the moment I did, the good news arrived,” Castro said.

Worries travel through all areas of the bookmaking process, from authors to publishers. Olivia Taylor Smith, founder of Unnamed Press, also reports less materials to simply print books. The supply shortage comes because “warehouse and dock workers have been sick and because we’re using natural materials that are increasingly limited,” she said.

Sara Leonard, a publicist at Penguin Random House, echoed concerns about less books to go around. Publicists like her send out unsolicited advance copies of books, or “galleys,” to anyone they think would like it or promote it by reviewing or writing about it. Before the pandemic, they’d print about 600 galleys and send 500 out into the world. Now, there are no unsolicited galleys, and only about 50 are printed.

Thankfully, the books she worked with weren’t too affected, but “the supply chain has been kind of a nightmare,” Leonard said. Printing books overseas poses a lot of transit issues for books, and one of her colleagues worked with a book that had such bad delays that they pushed the publishing date back a year. Nearing the new date, a truck carrying the finished copies tipped over en route to the warehouse, and only 10% of the books were salvageable. She also brought up a recent case in which shipments of two brand new cookbooks fell into the ocean while being transported from New York to Taiwan.

Leonard said that because print media has taken such a hit over the years in any case, including the recent news that Entertainment Weekly and InStyle plan to move exclusively to digital platforms, publicists have grown to rely on freelancers more and more to promote books. “There’s a huge interest in book coverage still, but positions 20 years ago aren’t there anymore,” she said.

Her day involves pitching new releases to writers who might have an outlet to promote a new release, whether it be book lists for websites like Electric Lit, The Millions, and Literary Hub or other review outlets. But freelancers are iffy and rejections are common. A possible solution comes with BookTok, the niche TikTok community for book lovers, where readers can share and promote their favorite books, recommend new ones and form a community around a love of reading, without journalistic experience.

On BookTok, a subgenre of the social media mega-giant TikTok which proliferated during the early days of the pandemic, you can post what you’re reading or make lists of books with a specific target audience. The genre has taken over and is widely available — videos tagged “#BookTok” have been viewed more than 40 billion times, and Barnes & Noble now has a special section where BookTok’s most popular reads are easily accessible.

This community of readers and recommenders has spread over to Instagram as well, where avid readers follow ‘bookstagrammers’ in order to find their next reads. Antonella, who goes by @shitshereads on Instagram, has accumulated over 5,000 followers, and notes in her bio that she is always reading something either “horrid and strange.”

Antonella, an avid reader who started out posting books on her personal account, “sort of accidentally stumbled across a Bookstagram account shortly after that and thought, ‘Wait, I can do that?’ It grew from there and it’s been way more fun than I thought it would be when I first started out,” she said.

Her followers take her recommendations seriously, similarly to how a blurb from a favorite author will entice someone to grab a new book it’s on. Her minimalist and pose-heavy photos accumulate likes from those who add her recommendations to their to-read lists immediately. 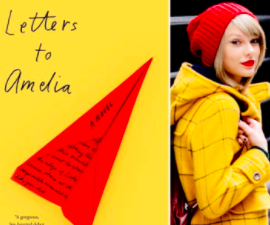 In a different flavor of Bookstagram, Amy Long of @taylorswift_as_books posts pictures of Taylor Swift next to books that match her current aesthetic. Her posts aren’t reviews per se, more pointing out similarities between book covers and Swift’s outfits. Still, when readers spot a favorite book (or look) of theirs, they can share the post, furthering its reach. “I wanted to use my account to put small-press titles in front of people who wouldn’t see them without Taylor Swift,” Long said.

Apart from having fun running these accounts, there are other perks for Antonella and Long’s free promotions. Both have received advance reader copies (ARCs) of books, which publicists like Leonard send in hopes of the reviewer promoting it. “When I agree to accept an ARC or agree to promote a book, it’s because it naturally aligns with my interests,” Antonella said.

Similarly, Long has been in contact with publishers. “Most of the time, it’s a small press asking me if I’d like to promote some of their books. Some of my best relationships have started that way,” she said.

Despite many issues with printing, shipping and distributing, authors are still able to find ways to connect with readers over multiple social media platforms. “Seeing people sharing and commenting on the book has been thrilling, and one of the most satisfying aspects of the journey,” Lipstein said. Even though book tours and launches have become virtual, people will still want books that they know will interest them. BookTokkers and Instagram influencers are able to grow a community with a simple photo of a book and a blurb about it. “I know that I myself choose a lot of what I read based on what I see on social media,” Lipstein said. If one starts browsing BookTok now, they might have a new favorite read in a week.