My girlfriend and I are both Ukrainian — my great-grandparents immigrated to the U.S. in the early 1900s, and my girlfriend and her family immigrated in 2005. Since getting together, she’s taught me a lot about Ukrainian culture, cuisine in particular. I’m a huge fan of sour, salty flavors, so I immediately took to Ukrainian cooking, and solyanka, a traditional Ukrainian soup, is the perfect example of everything I love about Ukrainian cuisine. Coming from the word “sil,” which means salt, solyanka utilizes pickled products and their brine to give the soup a delicious salty, sour kick. I think of it as the Ukrainian parallel to kimchi-jjigae, one of my favorite foods of all time. After the first spoonful, this soup shot to the top of my “favorite soups” list.

While you can use any type of meat for solyanka, it’s traditional to use a combination of cured and boiled meats. It’s meant to be a pantry cleaner, so use whatever you have lying around. For this recipe, we only used cured meats — a hard evreyskaya (dry salami), and a softer buterbrodnaya (smoked, cooked salami). 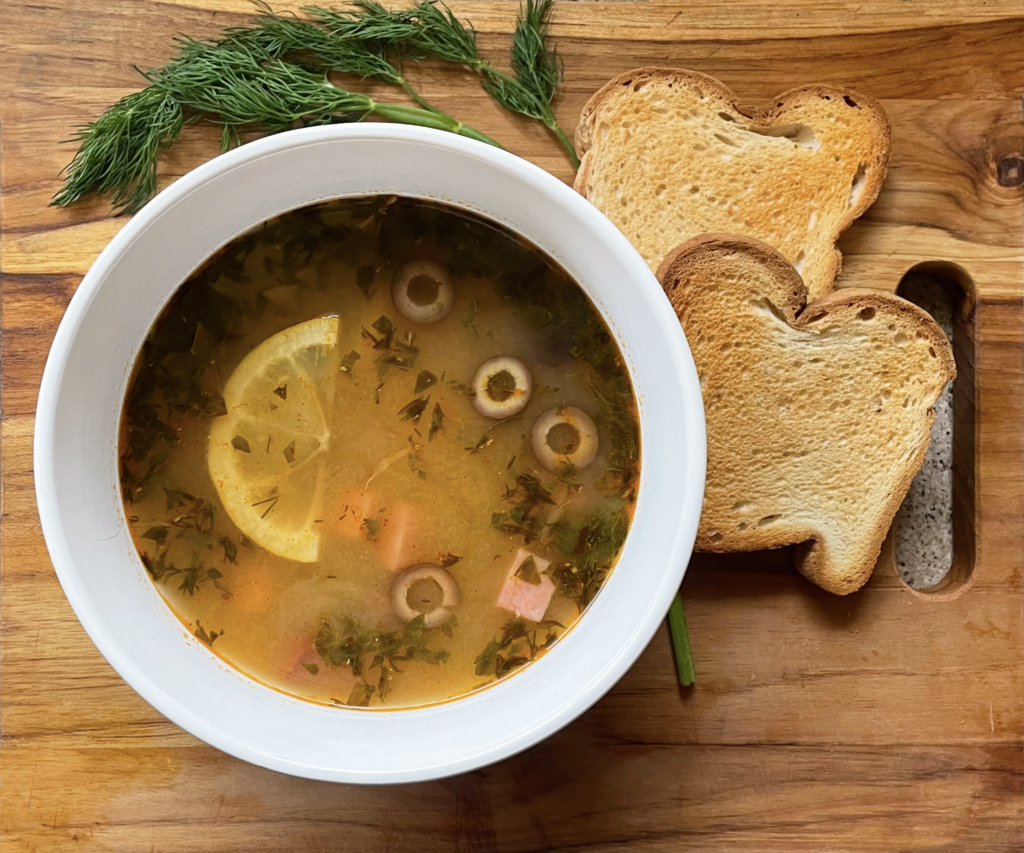 Solyanka is easy, cheap and comes together super fast. Plus, it’s delicious. Ukraine is a wonderful country with a beautiful culture; please don’t let it be defined only by its conflicts with Russia. Instead, enjoy this soup, learn a little about the country and keep the people of Ukraine in your thoughts as they withstand an unprovoked invasion.

A version of this article appeared in p. 12 of the March 3, 2022 print edition of the Daily Nexus.