The Daily Nexus
Features & Essays
In Conversation With Mixed-Media Performance Artist ALOK
February 27, 2022 at 11:42 am by Marisol Cruz

On Thursday, Feb. 10, UC Santa Barbara’s Associated Students Program Board and Resource Center for Sexual and Gender Diversity hosted internationally acclaimed speaker ALOK, who performed a comedy set and led the audience in conversation at Isla Vista Theater. They shared their insights on art-making, fashion and personal connections and journey with the Nexus during their visit. 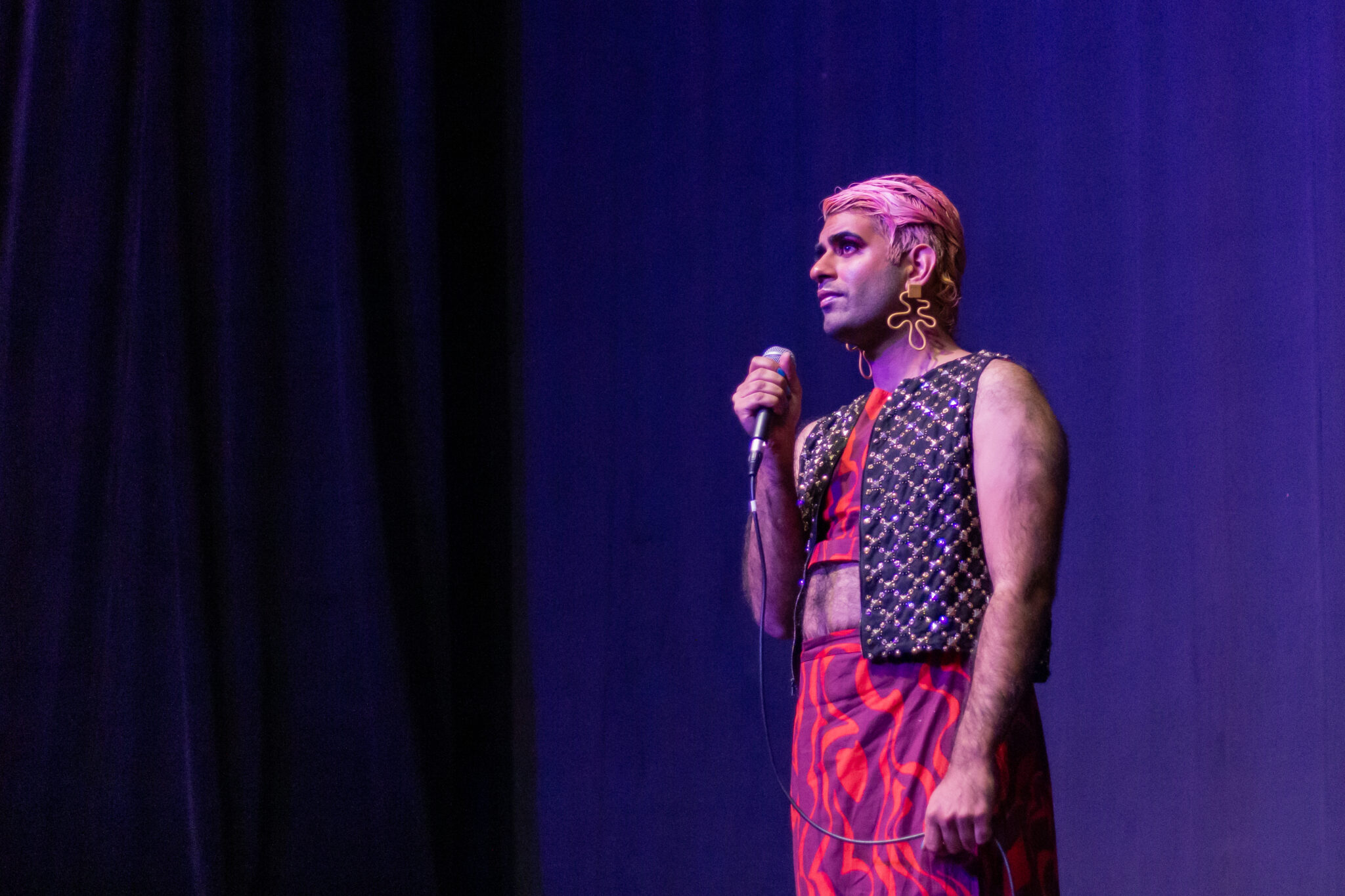 Alok Vaid-Menon, who performs under the moniker ALOK, is a prolific creator who uses writing, fashion and performance to cover topics from transmisogyny to concepts of beauty to feelings and emotions. The multi-hyphenate creative can’t be put in a box, and their creative process can’t be either. They shared that they don’t really make a conscious decision about which outlet best suits a certain story or art expression.

“The idea comes to me and I follow its lead and go wherever it takes me. So much of what being an artist [is] about is learning how to pay attention. Pay attention to what’s happening outside in the world and inside yourself. The more I cultivate a notice practice — the more clarity I have about the best way concepts can assume form,” ALOK wrote over email.

Raised in Texas, ALOK began artistically expressing themselves by sharing their art online. Online platforms can often be seen to be in contrast with, and less “professional” than, “traditional” outlets. However, ALOK believes that recently the lines between the two platforms are increasingly being blurred.

“The URL and the IRL — especially [after] the pandemic — are increasingly converging such that so many with online practices are finally being recognized as legitimate artists. One difference that does still feel stark is the question of safety. Working as a digital-based artist as a marginalized person means being exposed to intense online harassment with little protection nor redress,” ALOK said.

From sharing pieces of art online, ALOK now has three books under their belt along with a myriad of written posts on their website.

In particular, they have a soft spot for writing poetry, which they have been writing for more than half their life.

“It’s my anchor and my hearth. It helps make the world make sense — more than anything else,” ALOK said about the art form. 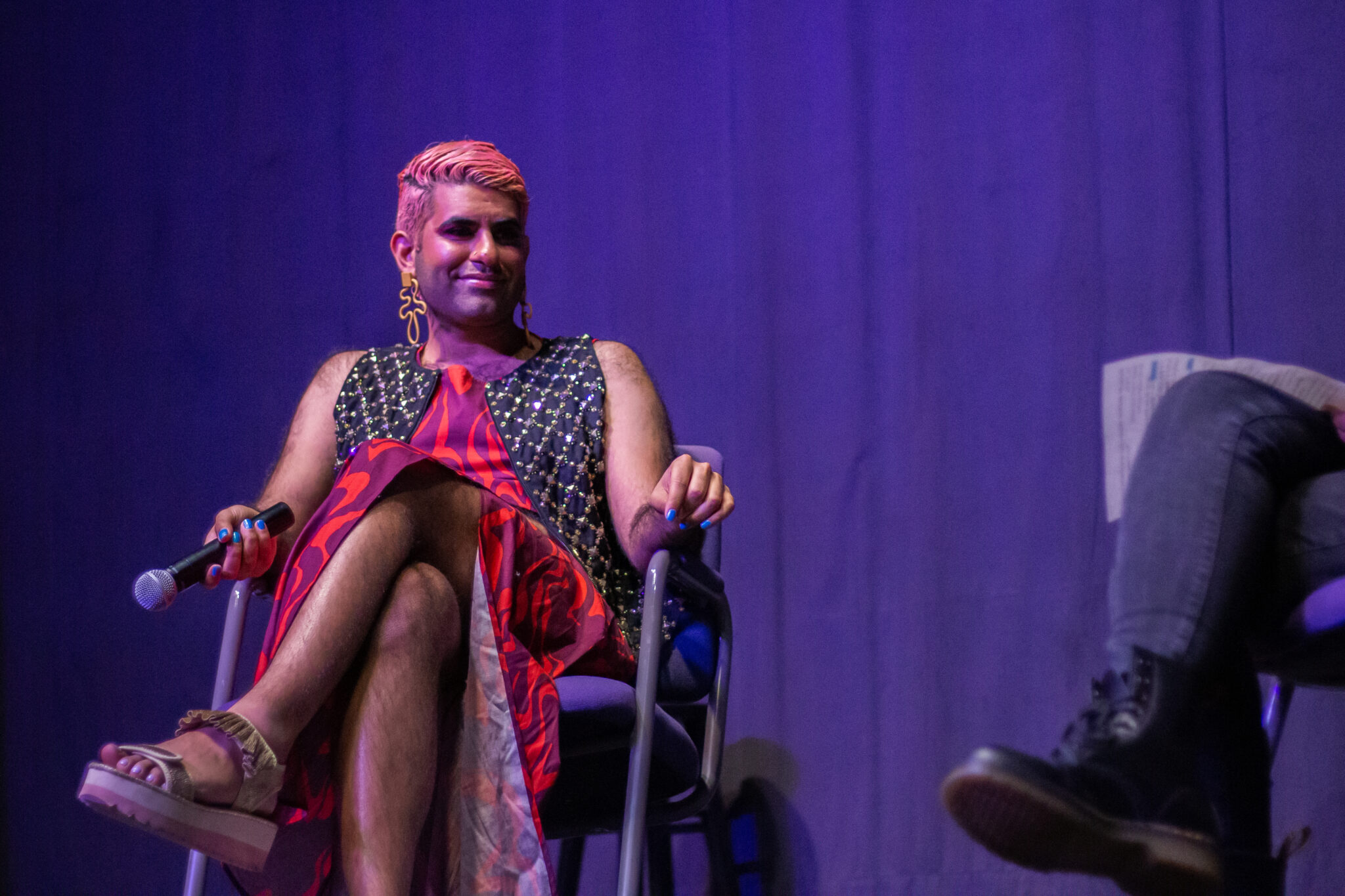 ALOK is also a trailblazer in the fashion world and has released three gender-neutral fashion collections. Their latest collection was made in collaboration with fashion designer Adrianne Keishing. Titled NATURAL BODIES, it dropped in 2019 and is described by ALOK as “an aesthetic argument that queers get to define what is natural to us rather than the other way around.”

“Fashion was one of the first languages I had to communicate who I was on my own terms. From an early age I began to pick what I wanted to wear. Colors, textures, prints, patterns. They were how I showed people what I felt. That practice – translating my internal sense into external communication – is still what I do today,” ALOK said about their creative journey.

Notably, ALOK pioneered the #DeGenderFashion movement, a movement to degender the fashion and beauty industry.

“We’re seeing more and more people realize how absurd it is that we categorize clothing by gender. With increased visibility of gender-free fashion in entertainment culture this topic is getting more visible than it’s ever been. Now we’re at a critical point where we have to translate this awareness into action: both apply more pressure to get brands to degender their products as well as support people in our own lives who are living beyond gendered fashion norms,” ALOK said about making strides in the movement.

ALOK also shared some queer artists of color to watch who are breaking barriers in the fashion scene.

ALOK lauded José Criales-Unzueta — freelance writer for i-D, Paper Magazine and them. —  as “one of the best fashion critics out there.” They highlighted Tótem Tienda, a queer-owned, gender-free store based in Los Angeles that showcases Latinx designers. “And of course Telfar is changing the game,” they concluded.

Queer people of color’s artistic expressionism and existence operate at the intersection of sexuality and race, and ALOK shared how we can embrace this intersection and feel a sense of belonging.

“Queer and trans people of color have and continue to save my life. For so long I thought I was impossible — and then I met my friends. It’s about building connection and community with one another. The truth is: we become our best selves through one another. We shouldn’t have to bear this burden alone,” ALOK said. 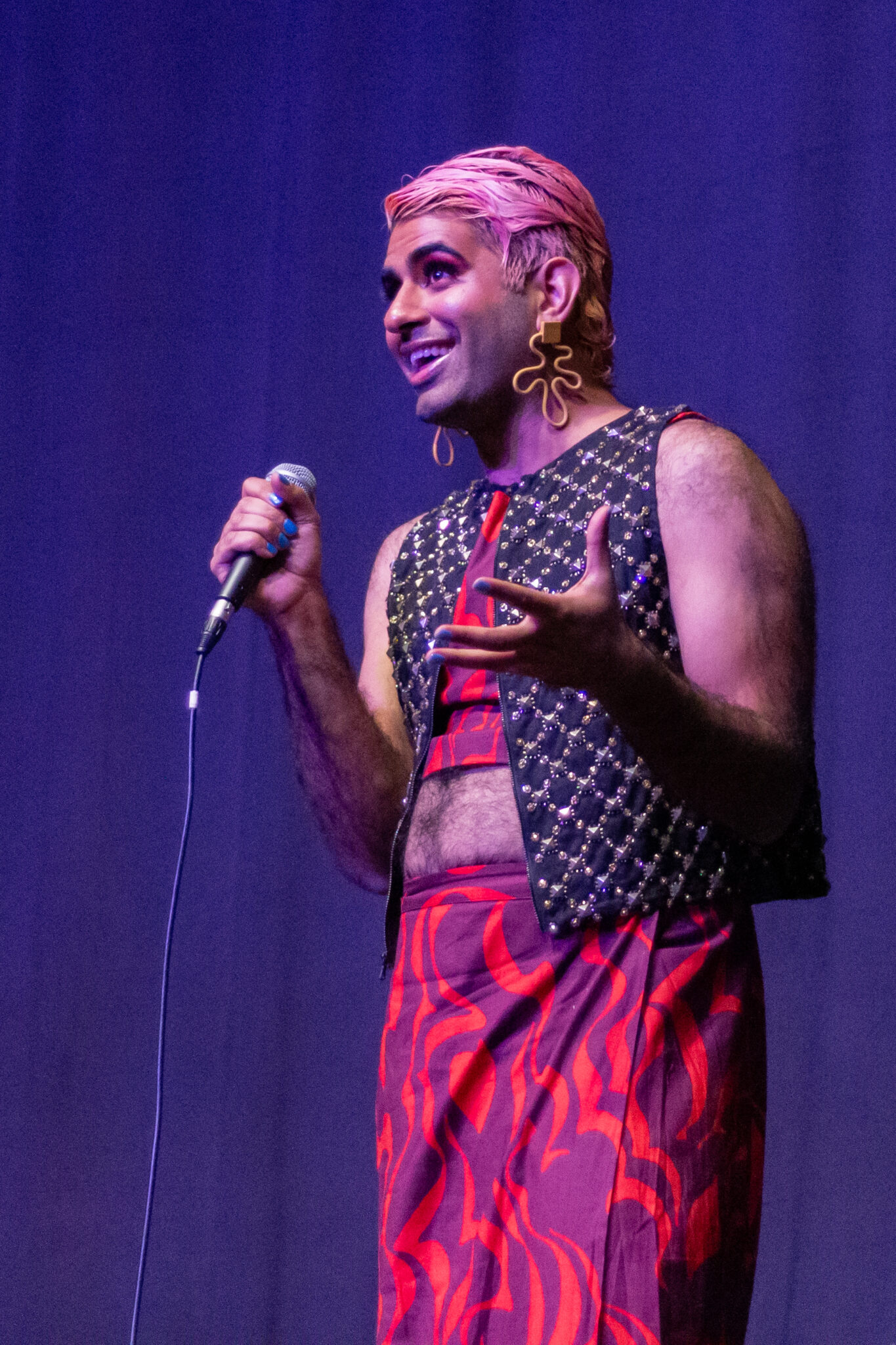 ALOK also had reflections to share with UCSB students as they undergo their respective academic journeys.

“It’s okay for academic work to be personal. As an undergraduate, I had so many questions about who I was and where I came from. I studied Gender Studies and Ethnic Studies to get answers — and I found them. I think I had shame back then that this work wasn’t as legitimate as my peers with more conventional majors. But now I realize how vital that work was to my life — in giving me the confidence to show up as my full self today. Use this precious time to (un)learn. Pursue what makes you passionate, regardless of if other people get it,” the Stanford alum said.

ALOK plans to continue their passion of making art, such as by stepping into the comedy scene as seen with their performance at UCSB, and we can look forward to seeing how they bloom from here.