In 1985, UC Santa Barbara alumnus ​​Sean Haffey was taking front-page pictures as a photojournalist for the Daily Nexus. Thirty-seven years later, his sports photography is making appearances in dozens of newspapers and media outlets worldwide. 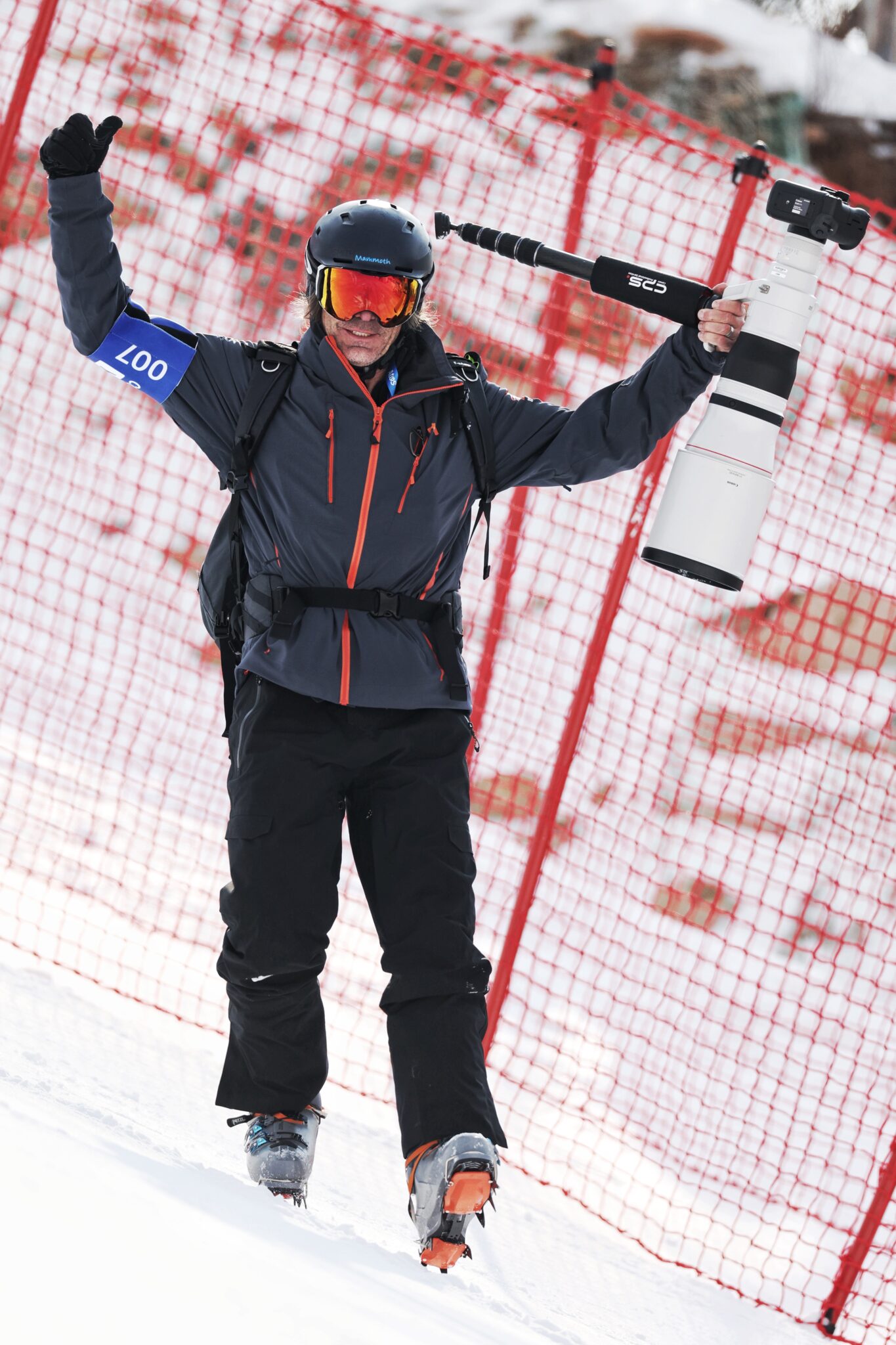 Sean Haffey reflected on his time at UCSB, reminiscing over memorable experiences. Courtesy of Sean Haffey

Now, Haffey is taking on his ninth Olympic Games and spoke with the Nexus from Beijing as he photographed the 2022 Winter Olympics.

Haffey graduated from UCSB in 1986 with a degree in liberal studies and political science, after which he moved on from the Nexus to continue his photojournalism work at the San Diego Union-Tribune and the Los Angeles Times. There, he documented topics ranging from the drug war in Mexico to the Olympics. In 2015, Haffey began a career at Getty Images as a staff photographer, where he’s been working to this day.

“The bulk of what I do is in Southern California, but I do travel a fair amount,” Haffey said. “I cover Major League Baseball, NFL, NBA, NHL, UFC, PGA Golf, tennis and extreme sports like the X Games and snowboarding.”

Getty Images is the official photo agency of the International Olympic Committee, leading Haffey to photograph many events even in off-season years. In Beijing, Haffey is covering men’s and women’s alpine ski racing — what he described as his favorite Winter Olympic event.

“On a typical day, I get up at 5 a.m. and get to the mountain and then find a shooting position,” Haffey said. “The courses here have very few positions, so you must be creative to find angles on the course that are visually appealing.”

At the 2018 Winter Olympics in South Korea, Haffey made headlines while photographing the women’s giant slalom — an event that features skiers maneuvering between sets of poles — when he was run over by Swiss skier Lara Gut-Behrami.

“She crashed and slid into an area where myself and four other photographers were. It all happened so fast, but we were all knocked over. It was a crazy experience,” he said.

Neither were seriously hurt apart from a few bruises, and — in true photojournalist fashion — Haffey continued to capture photos through the entire experience.

“Because I work at a large agency, there was a lot of media interest, so I was featured in several articles about the crash. I come from a journalism background and being the story is not what we do. That made me a little uncomfortable, but it was something people were interested in so I rolled with it,” he said.

Haffey said photographing his eighth and ninth Olympic Games differed greatly from his experience in previous years due to the COVID-19 pandemic. In last year’s Tokyo Games, strict rules applied to all participants covering the Olympics, coinciding with the delta variant’s rapid spread.

“The pandemic has made an already difficult assignment that much harder. In Tokyo, the media were tested every day without fail. We weren’t allowed to go out into Tokyo for two weeks after arriving, and the hardest part was being forced to stay at one venue the whole time,” he said.

Today, precautions remain in place as the omicron variant surges around the world, with even tighter restrictions put in place by China and the Olympic Committee, according to Haffey.

“Here in China, we are tested extensively and many times a day, often,” Haffey said. “We are staying in a hotel that has a wall around it and not allowed to leave. We are shuttled to the mountain in the morning, cover a full day of ski racing, then shuttled back to the hotel.”

These restrictions, however necessary, do detract from the overall experience, according to Haffey.

“One of the things about the Olympics is the new cultural experiences you can have in a new country,” he said. “The 2008 Beijing Olympics were amazing. The food was great, the venues were very picturesque and there was a lot of enthusiasm from the locals with regards to hosting the games, tasting new foods, seeing new sights and sharing experiences with colleagues. This lacks that, making it less dynamic.”

In February, Haffey’s past and present Olympic Games photos appeared in the Wall Street Journal, Washington Post, ESPN, CNN, Forbes, National Geographic and more. He attributes his success in photojournalism to his start at the Daily Nexus.

“I wouldn’t be doing this if it wasn’t for the Daily Nexus,” he said. “I mean that in all seriousness. I loved my time at the Nexus. I have many friends to this day that I made at the Nexus. We didn’t have a journalism program, we just learned how to do things by diving in. I covered every sport UCSB had. I also shot a lot of surfing and skateboarding when I was there and that exposed me to learning how to work closely with athletes.”

Haffey reflected on his time at UCSB, reminiscing over memorable experiences.

“My fondest memories of UCSB were of massive parties on DP, riding a bike everywhere, surfing campus point, surfing Rincon, traveling to ski races with friends on the ski team, skateboarding pools and ramps in Isla Vista and around Santa Barbara, concerts on campus and down at the Arlington Theater and some incredible professors,” he said.

Last summer, Haffey journeyed back to the Nexus newsroom, bringing along his kids and reminiscing about his time at the paper.

“Covering protests, sporting events, feature stories on the local art scene were all fun,” he said. “Most importantly, though, the things I remember the most were long nights putting the paper together with close friends. School seemed secondary; the Nexus was my identity at UCSB. I hold all those memories dear.”

Thirty-six years after graduating, Haffey continues to do what he loves, building off the lessons he’s learned throughout his decades of photography and leaving advice for those who wish to follow in his footsteps.

“Enjoy every minute while you’re at UCSB,” Haffey said. “There is no university like it. Enjoy the beaches, the music and art, the coffee, Santa Barbara, the mountains and, most importantly, the people. Cliche, I know, but it’s all true.”