The Daily Nexus
On the Menu
Decolonizing Our Plates and Reframing the Standards of Health
February 17, 2022 at 9:00 am by Stephanie Gerson 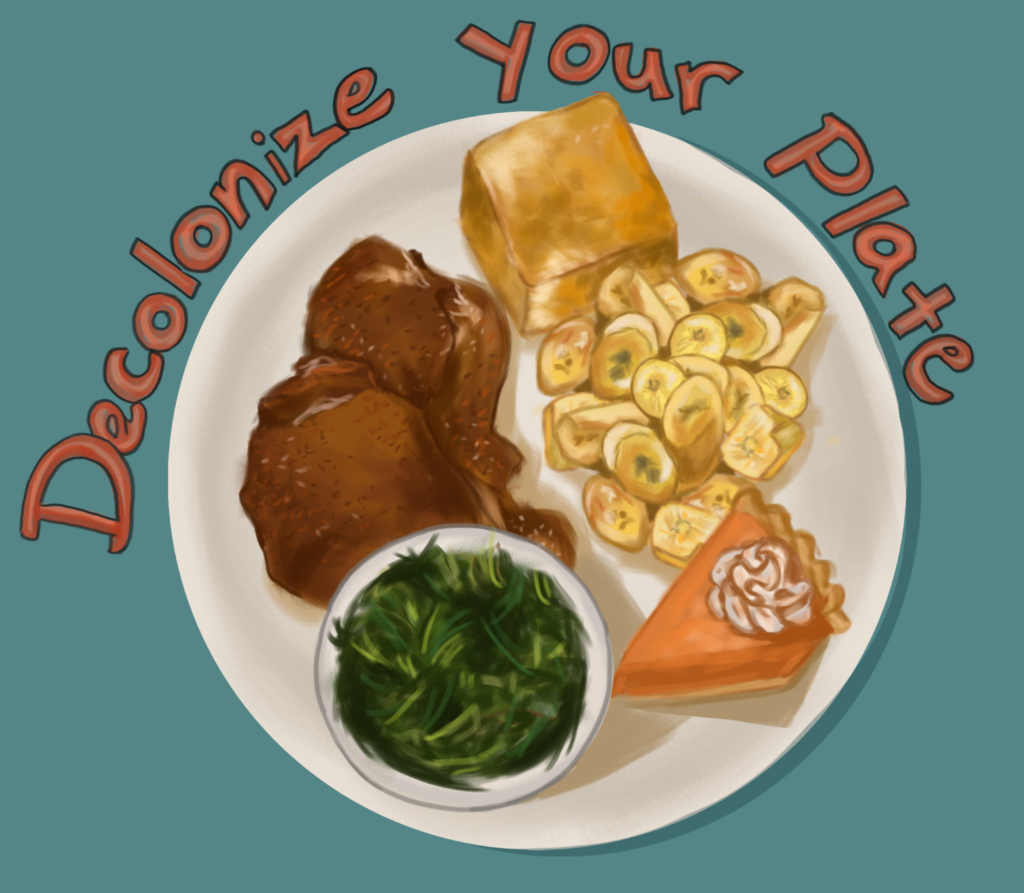 Why is the epitome of health always depicted as a thin white woman eating a salad? Why can’t we shift this image to include people enjoying their cultural foods, honoring their hunger cues, loving their bodies at all stages and not changing every single aspect of their lives to be healthy?

While it’s something that people don’t think about often, the “standards” for healthy eating and living are inherently whitewashed. Creating a more inclusive and diverse space to discuss nutrition can be challenging and requires structural change of many aspects of health and wellness. Additionally, it does not mean that making Oprah Winfrey the spokesperson for Weight Watchers (WW) has ended racism in the wellness industry. We must take a step further than celebrity endorsements and focus on dismantling the decades-old standards for health.

The concept of body mass index (BMI) has been used against Black people to categorize the majority of the Black population as overweight, which, in turn, causes us to demonize their cultural foods. In an article for The Washington Post, Carly Stern notes that the BMI scale was created by, you guessed it, a white guy named Lambert Adolphe Jacques Quetelet around 200 years ago. The scale was created from a sample of white men in order to determine the height and weight of the “average” man. Since the sample used was not nearly diverse enough, the scale does not account for the different body types and set weights of people of color.

Stern’s article also dives into the state of the BMI scale today. Fatima Cody Stanford, a physician scientist at Massachusetts General Hospital and Harvard Medical School, and her team have suggested adjustments to the BMI scale that would accommodate for different body types dependent on “racial and ethnic variation.” By using data from a health examination survey that took place between 1999 and 2016, Stanford determined that BMI cut points, the rationale used to determine the weight zone under which someone falls, are lower for Black, white and Latino men. Thresholds for Black women are higher, but the cut points for Latinas and white women are also lower. There is still much discourse on whether BMI should be modified or eliminated as a measuring tool of health from the healthcare system entirely.

Knowing that white people created these standard measures of health and dominate the medical field, it is no surprise that cultural foods, especially those from Black cultures, are criticized for being “‘unhealthy.” Now, Black creators and health professionals are challenging these racist frameworks and changing how we discuss health and wellness in a way that is inclusive for all people.

Dr. Kera Nyemb-Diop, also known as @black.nutritionist on Instagram, empowers the Black community through her nutritionist practice. Nyemb-Diop is a nutrition expert and food activist as well as the founder and CEO of “The Black Nutritionist,” a culturally relevant nutrition platform that empowers Black women on how to better nurture their bodies by letting go of food guilt and shame. The main message behind her social media presence, and her practice, is “Decolonize Your Plate.” In order to decolonize your plate, you have to reject the Eurocentric “healthy” foods that are pushed upon us every day and embrace cultural foods that both nourish your body and soul. One of the main issues in the nutrition space is that people of color struggle with finding professionals that look like them or share the same culture. We need more people of color in this space who will not prescribe a nutrition program of kale and green juice but one that is sustainable and tailored to accommodate for many different cultural backgrounds.

We cannot keep pitting cultural foods against Eurocentric food, all while neglecting other inequities that people of color might face such as access to affordable and fresh food. This brings us back to the burning question everyone wants to know: What does health look like? I think the answer is that health can be anything you want it to be. Perhaps the most unhealthy thing to do is to shame others for the foods they grew up with and still love today.