The Black Graduate Student Association is focused on providing a space of friendship and community and supporting the mental health of the campuses’ Black graduate student population despite abrupt transitions between in-person and online learning. 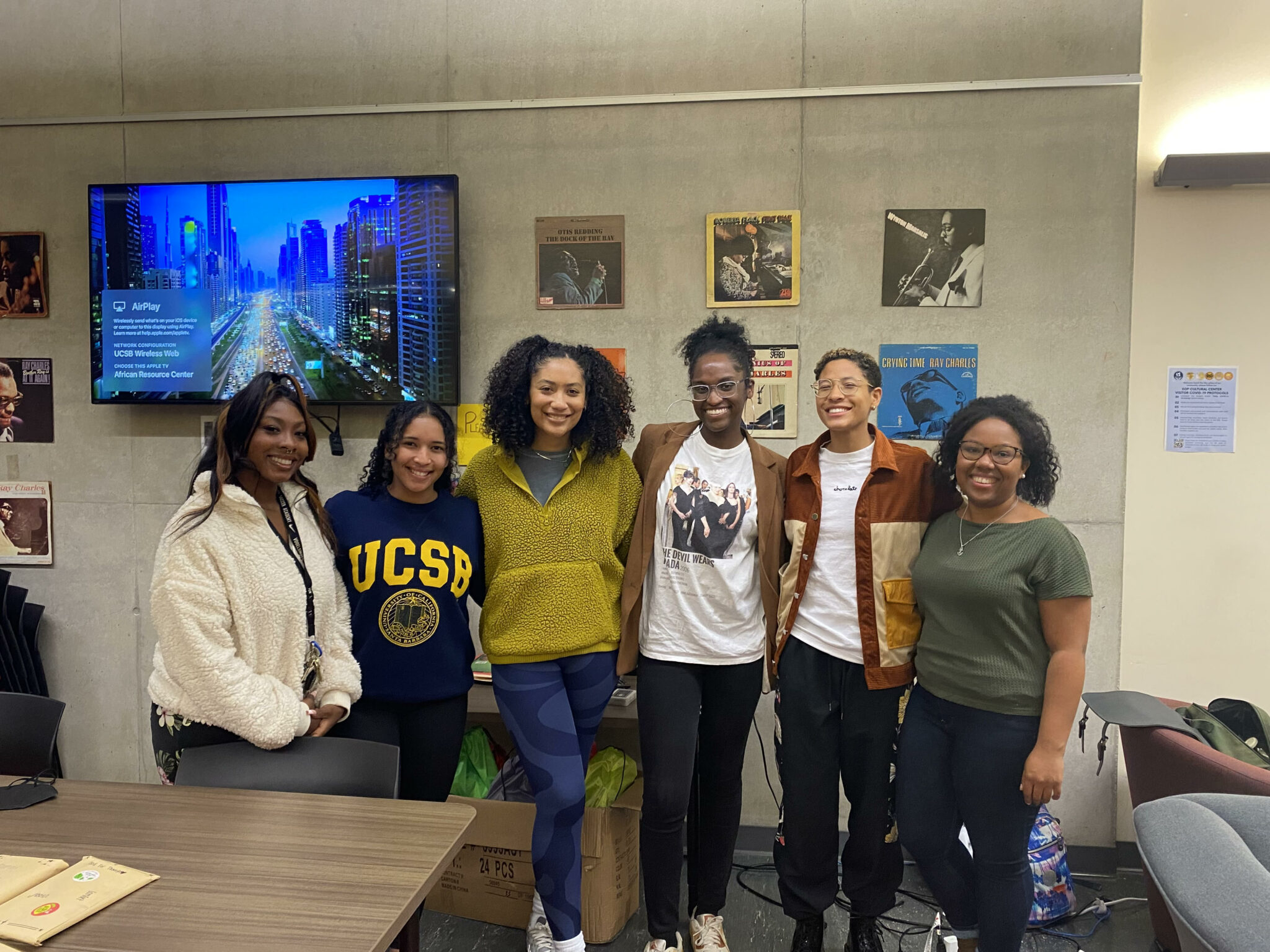 Jacquelyn Chin defined the term “affinity space” within BGSA for Black graduate students as a “space for community.” Courtesy of BGSA

“You can really tell the difference,” Chin said. “I want to say in general, really a place like the BGSA community is so important. I think to all of us, [it’s important to be] able to see the physical person in front of you, especially in spaces surrounded by race and ethnicity and color.”

“Once we went back in person, you get the flexibility and everybody talking and mixing and mingling from different departments,” she continued. “It’s really that joy that I love seeing, and I think that’s the energy that we love returning to.”

This transition back into in-person events allowed for the Black Q/T Care Packages drive, in collaboration with the UCSB Queer and Trans Graduate Student Union (QTGSU) and Pura Luna Apothecary — a Black- and queer-owned business in Santa Barbara — to provide care packages for Black graduate students in the LGBTQIA+ community.

“The event started with last years’ QTGSU and BGSA boards in response to the Black Lives Matter protests and statements coming out and the realization of the need to support Black students specifically,” Chin said. “I think that affinity space decided, ‘What’s something we can do physically to give back to Black queer students,’ so they’re really the ones who put that together and then disseminated it through us.”

This year’s care packages include jewelry, books, plants, candles, skin products, medicinals, tea and menstrual products. If students who receive care packages do not like their package, they can also request a gift card, Chin said.

Chin said that Pura Luna Apothecary was chosen for the drive because of their connection to the Black community and self-care.

“[The business] is run by a Black lesbian couple, and their products seem to be healing, holistic and self-care oriented,” she said. “The call to action of supporting Black students in a way that’s tangible emphasizes the point of self-care. We don’t often feel like we have access to healing and rest … so [this drive] supports Black queer-owned businesses and supports students by giving us enjoyable spaces.”

Chin emphasized BGSA’s focus on self-care and healing for the Black student community with drives like this.

“Graduate students [were] saying, well, we need an affinity space,” Chin said. “We have this space for research and for academics, but affinity spaces can be [anything] from protesting to just seeking community, seeking friendship.”

Chin defined the term “affinity space” within BGSA for Black graduate students as a “space for community.”

“It’s another opportunity to be around people who you connect with on a certain level,” she said. “The hope is that a space like BGSA can hold some part of your identity that maybe isn’t held by other spots.”

“For me personally, it was really important to have a formal space for other Black students to come together because we are so dispersed,” Chin continued. “We’re in different programs, we make up less than 1% of the graduate population and you can feel it just walking around on campus. So I think an affinity space is something to shape for ourselves and take a break.”

Chin said that the COVID-19 pandemic not only created difficulty in switching between in-person and online events but also created a mental toll on the organization’s members.

“I think the previous e-board tried to do their best at transitioning to virtual events and trying to hold space for incoming Black graduate students, but it was hard for everybody,” Chin said. “I think all of us, no matter where we are, we’re tired. We’re going through either health problems ourselves or had family and friends going through that.”

Chin said that factors like the positions themselves being unpaid or having to spend personal funds for events made supporting Black graduate students difficult amid the pandemic.

Chin also spoke to the difficulties of existing in a predominantly white space as a Black student, as well as what healing looks like for the Black community.

“It’s a hard expectation for us when we live here in Santa Barbara, a predominantly white space,” Chin continued. “Healing looks like so many different things — it’s being in spaces like this, it’s taking a break from work, it’s showing up in spaces where you don’t belong, it’s working past imposter syndrome, it’s joy, and I really want all Black people to have access to joy.”

BGSA is also holding an event called Blind Date with a Book on Feb. 17 at 7:00 p.m., where participants will receive a random book written by a Black author with an anonymous summary of it attached.

“We ordered a bunch of books from Black authors, and everyone gets a random book to take home,” Chin said.

Looking into the future, BGSA hopes to host a variety of activities for their members in an effort toward self-care and building community.

“Folks want to have a bonfire, people want to learn how to surf, people want to do yoga,” Chin said. “There’s a lot of this idea of people being told that these are ‘white people activities,’ and there are mixed feelings about that. Some people agree, and other students are like, ‘I live here in Santa Barbara, and I want to learn how to do yoga and all of these things.”

Chin said that going forward, BGSA wants to prioritize the mental health of its members.

“I think in the past, BGSA and affinity spaces have been very, ‘Let’s go protest, and let’s go demand things,’ and that’s important. But I think right now, our most important mission is to support the mental health of the students here,” Chin said. “We can’t do anything else if we’re just expected to protest and be at the center of the social justice movement all the time,” she continued. “We’re people, we need rest, we need space, and that should be respected.”