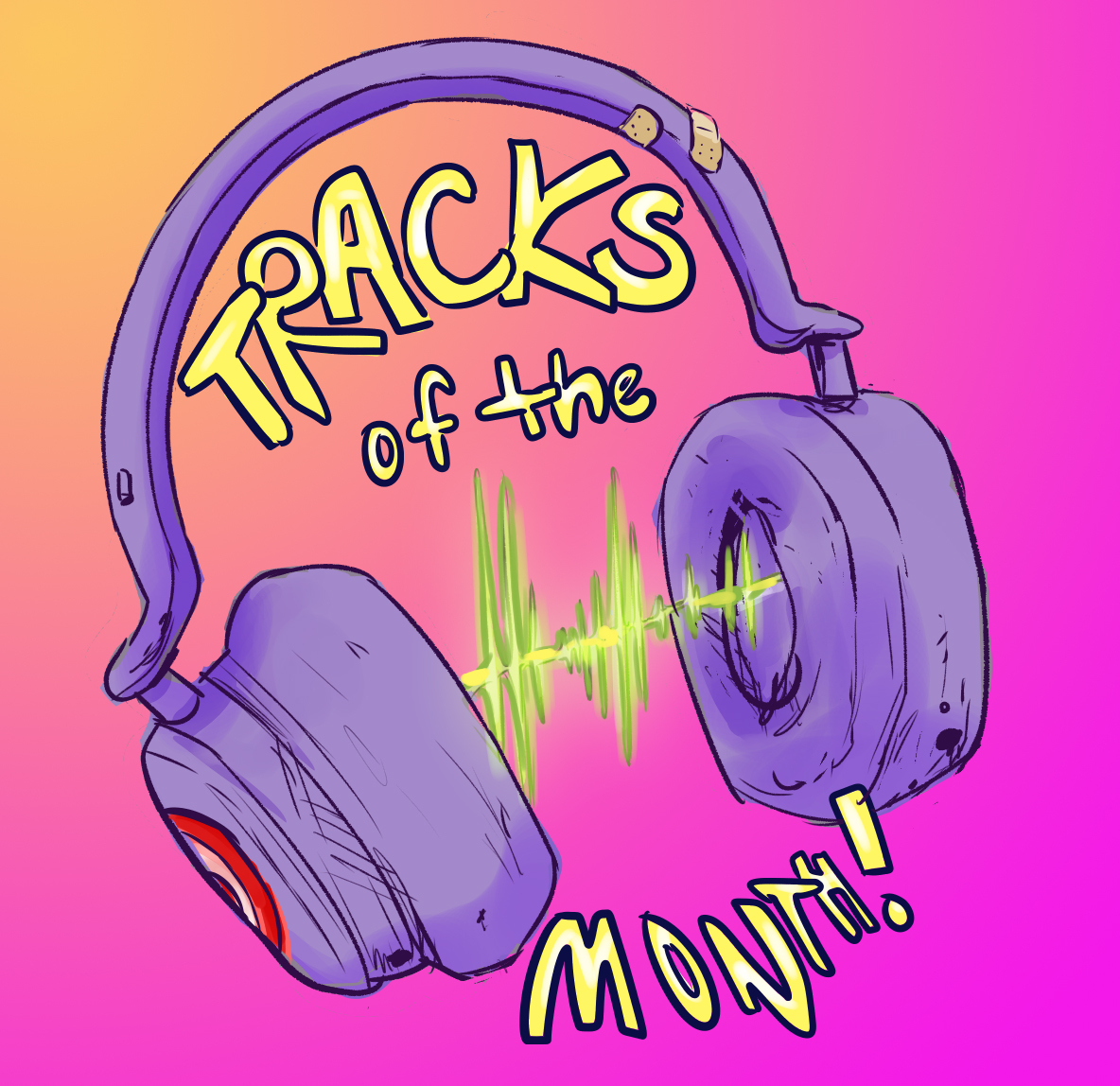 Check out this list of January’s tracks of the month for some new recommendations to add to your handy-dandy Spotify playlist!

Lana Del Rey’s latest melancholic single “Watercolor Eyes” premiered during the end credits of the third episode of Euphoria’s highly anticipated second season. The song chronicles the ups and downs of young love as Del Rey sings, “Sweet like beaches, leave me all sandy / Why do you leave me with watercolor eyes?” The bittersweet melody eerily captures the tumultuous emotion of young relationships. Not only does “Watercolor Eyes” resonate with the emotional experiences of listeners, but it also aptly matches the premise of the third Euphoria episode, particularly Cal’s backstory. The visceral lyricism of the song allows for viewers to re-envision pivotal moments of the episode during the credits. Del Rey contributes a uniquely nostalgic feel to the track that cannot be replicated by another artist, highlighting a particular musical niche of hers. Listeners transcend time for three and a half minutes to look back on a love that once was: a dramatic flair achieved only by listening to Lana Del Rey.

“KEEP IT UP” by Rex Orange County

Three years after his second studio album was released, British indie-pop singer Rex Orange County, born Alex O’Connor, returns with the upbeat, hopeful track “KEEP IT UP.” The track is the first single from his recently announced upcoming album “WHO CARES?” The track opens with lush orchestral strings with O’Connor’s vocals chiming in, singing about the stress and worries of life.  However, O’Connor is quick to remind listeners of an uplifting message in the chorus as he sings “Keep it up and go on / You’re only holding out for what you want / You no longer owe the strangers / It’s enough, it’s enough.” With violins stringing in and out, and a repetitive drum beat, O’Connor creates an endearing, catchy tune with “KEEP IT UP.”

“Jigsaw” by Conan Gray, released Jan. 21, is a diary entry rant that reflects the importance of refusing to change for someone else. This rock-influenced track, which reminds listeners of previous Gray songs, such as “Fight or Flight,” sends the message that there’s no point in destroying your true self for someone just for them to fall in love with a fake version of you. The chorus reads “I look in the mirror, now I’m just a jigsaw,” meaning that Gray rearranged so many parts of himself that he can’t even remember what he used to be like. This track is the fourth single from his anticipated sophomore album, which is presumed to be going down a similar (yet more personal) route to his 2020 debut, Kid Krow. “Jigsaw” does a great job of showcasing Gray’s growth, especially when comparing it to songs off his EP Sunset Season. The themes of youth, coming of age and staying true to yourself continue throughout his work, but the execution of it changes, providing more raw and influential tracks. I can’t wait to see what he does next.

“Out of Time” by The Weeknd

No better way to start off the new year than with The Weeknd’s Dawn FM album that came out on Jan. 7. Although every song on the album is brilliantly written with a nostalgic tone,“Out of Time” has to be my personal favorite song. The song’s catchy melody is sampled from a 1983 song called “Midnight Pretenders” by Tomoko Aran. “Out of Time” follows the story of a man who mistreats the loved ones in his life due to a past traumatic experience. As much as he wants to be there for them, he is “out of time.” Not only are the lyrics and main melody unique, but the outro cleverly grabs the audience’s attention, with Jim Carrey telling the listeners that the calm and melodic song is concluded, and we are now out of time.