The Daily Nexus
Features & Essays
UCSB Dhadkan Gears Up for In-Person Nachle Deewane 2022
January 13, 2022 at 11:27 am by Sunidhi Sridhar

After losing two years of an in-person competition to the COVID-19 pandemic, everyone at Dhadkan, a South Asian philanthropic organization at UC Santa Barbara, could not be more excited for this spring’s Nachle Deewane. 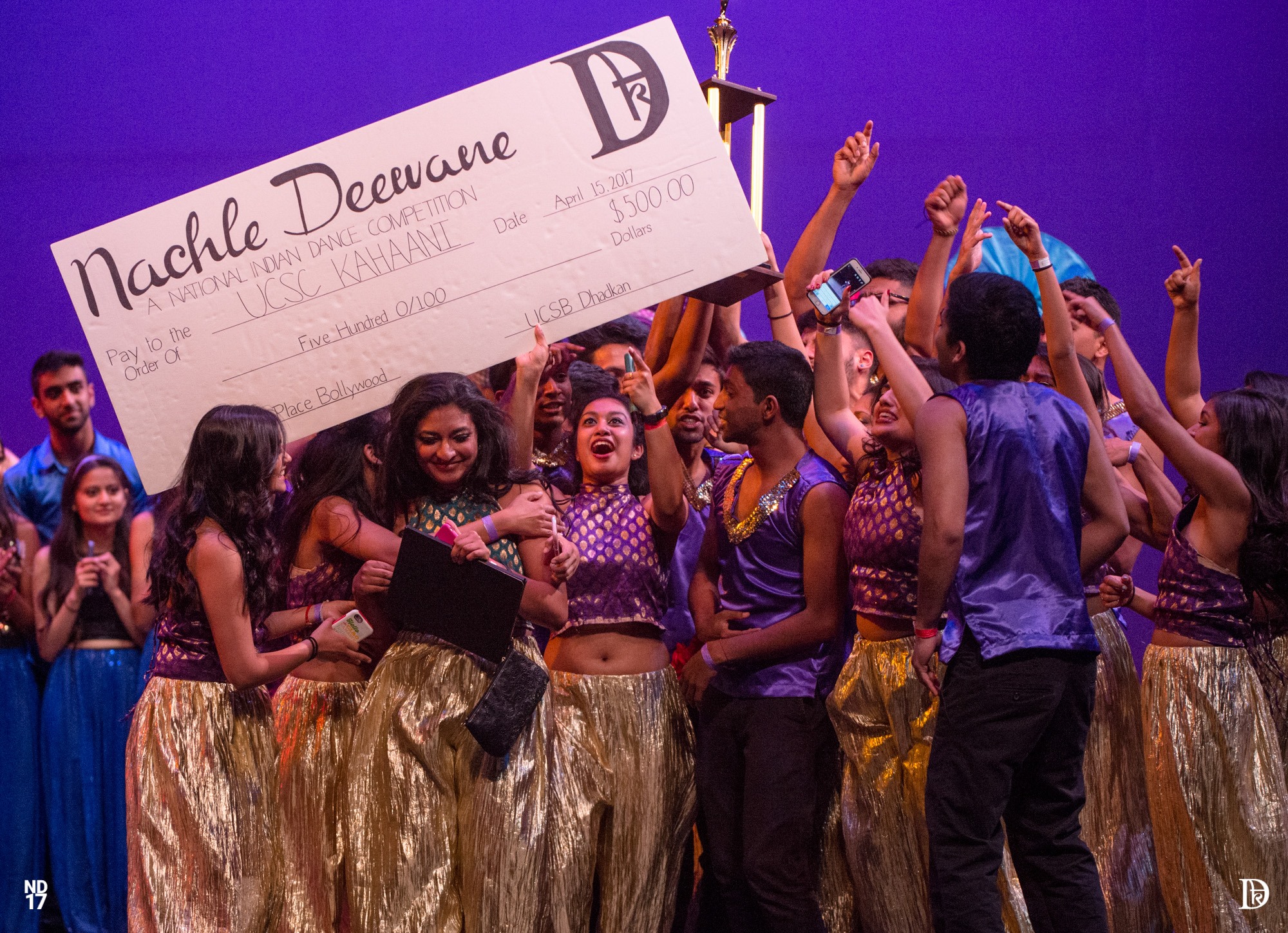 “Each year, we host a dance competition called Nachle Deewane,” said fourth-year computer science major and co-president of Dhadkan, Gautam Mundewadi. A 501(c)(3) nonprofit that was started at the university in 2012, Dhadkan puts on various fundraising events for charity, such as Nachle Deewane, a collegiate Bollywood and bhangra competition, which is the organization’s biggest one.

“Throughout the year, our goal is to raise as much money as we can, and we choose a charity to partner with each year,” Mundewadi said. “At the end of the year, we donate all of the proceeds to that charity.” Last year, Dhadkan allied with AID India to help with COVID-19 relief efforts during the height of the pandemic in the country.

While they are still finalizing the details of this year’s philanthropy efforts, the group is hoping to work with a charity that aids South Asian women and families dealing with domestic violence.

Although Dhadkan certainly attracts many dancers who are looking forward to the opportunity to showcase their talents, the vast majority of people who are a part of the organization aren’t so well-versed in dancing, according to Mundewadi.

Co-president Maya Sinha, a third-year Asian American studies and math double major, added, “We are fully behind the scenes. It’s nice when people have dance experience but there is definitely no dance experience needed.”

She continued, “Personally, I didn’t do dance at all throughout my life. I did one show [in] my senior year of high school and it was absolutely god awful.”

Nonetheless, all of the different committees at Dhadkan rely on the expertise of the dancers to make sure the production is plain sailing.

“They tell us that teams like lighting in this particular format, or that they like the sounds to be this loud. They like acceptances and apps being out this early,” Mundewadi said. “We use their advice to build a better show.”

“The applications for Nachle Deewane are now open, so we have teams from all over the country applying,” Sinha said. “At the end of this quarter, we’ll be selecting the teams and showcasing them on our social media accounts.”

“This year is important because it’s like a bounce-back year, because of COVID-19,” added Mundewadi. “I don’t think there’s anyone on campus other than seniors who have been to an in-person Nachle Deewane show, so that weekend will be completely new for a lot of people.”

Last spring’s show, themed “Across India,” was adapted into an online format that was aired on YouTube Live. Teams sent in their videos and the show was narrated by a recorded script.

“That’s how we were able to keep our show and our brand alive,” Mundewadi said. “That was quite challenging. In 2020, our show actually ended up getting canceled because we transitioned to online so immediately.” 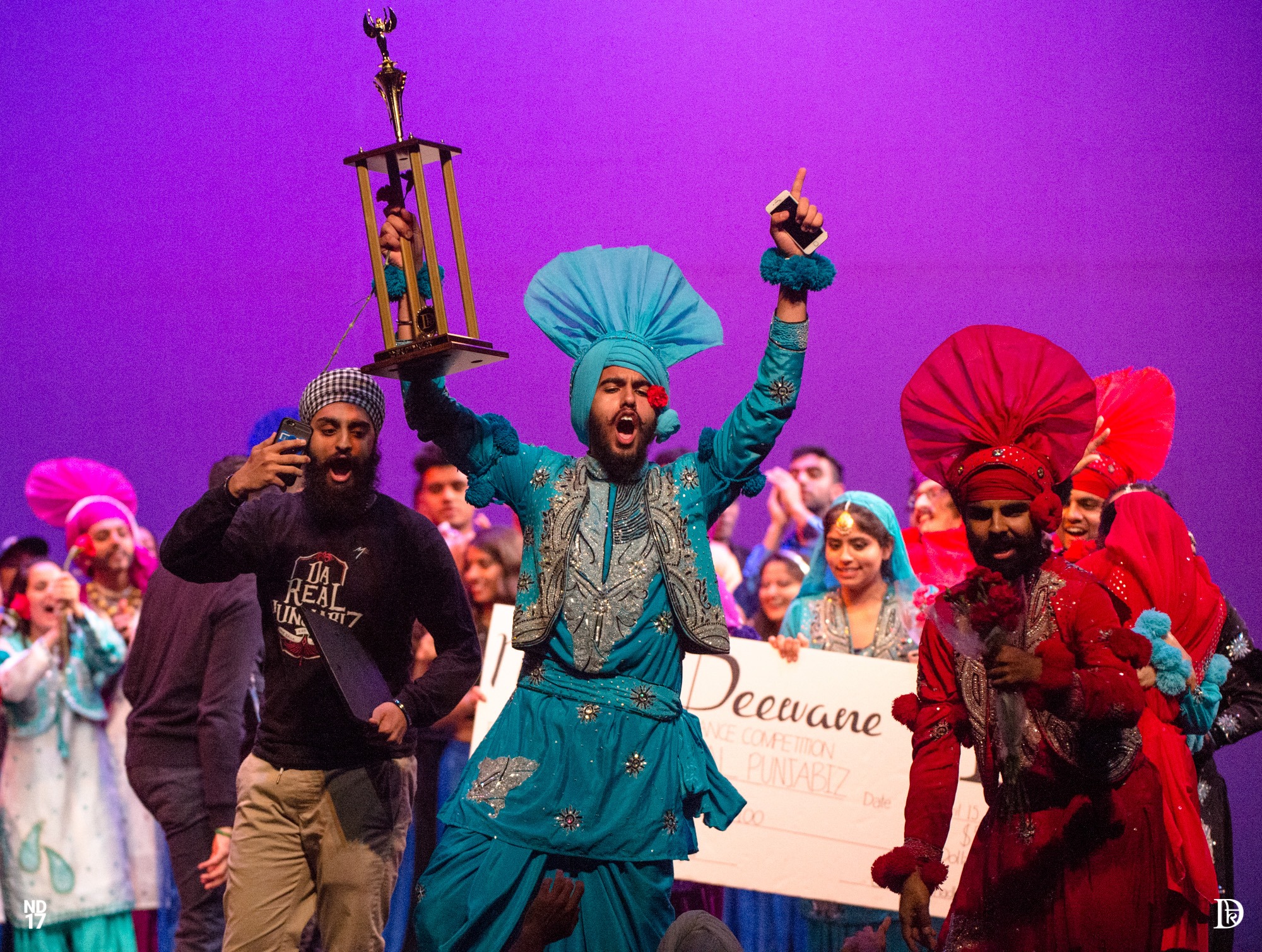 All three presidents of Dhadkan first heard about the organization during their freshman year and saw a chance to be more connected to the South Asian community on campus.

“I knew one of our old presidents from high school and she kind of introduced me to Dhadkan,” said co-president Nidhi Satyagal, a third-year economics major. “I wanted to get involved in the South Asian community, especially freshman year, and I thought it was a really good way to meet people.”

For Satyagal, Dhadkan was a way for her to define her relationship with her cultural identity on her own terms.

“I independently immersed myself in the South Asian community, and I’ve met a lot of really great people,” she said. “I think the biggest part of it is being intentional about meeting other South Asian people.”

Mundewadi agreed that the organization was an avenue for him to connect with his heritage outside of the community that he grew up in.

“I’m from the Bay Area, so the vast majority of the people around me were of Asian descent,” he said. “I feel like I had no choice in the Bay Area, which is not a bad thing, but I think it’s nice to have that opportunity to go out of my way to be in touch with South Asian culture.”

As a person of Indian and Chinese descent, Sinha said that her decision to join Dhadkan reflected “how [she] feels more Indian.”

“I literally knew nothing about it coming into it but I’m really glad I chose this organization to be involved in,” she added. “I feel like we do good work and we help the community, not only here but back in India.”

Despite the omicron variant causing a recent surge in COVID-19 cases, Dhadkan remains hopeful that the teams will be able to perform in front of a live audience at this year’s Nachle Deewane in April, and everyone in the organization is eager to get back into it.

“The goal is to keep Dhadkan going and to keep putting on great shows and just continuing to pass it down,” Sinha said. “We want to reignite the interest in Nachle Deewane and let people know who we are again.”

For more information on the organization and this year’s show, follow @nachle.deewane on Instagram or visit www.dhadkan.org.