This article contains spoilers for “Survivor: 41.” 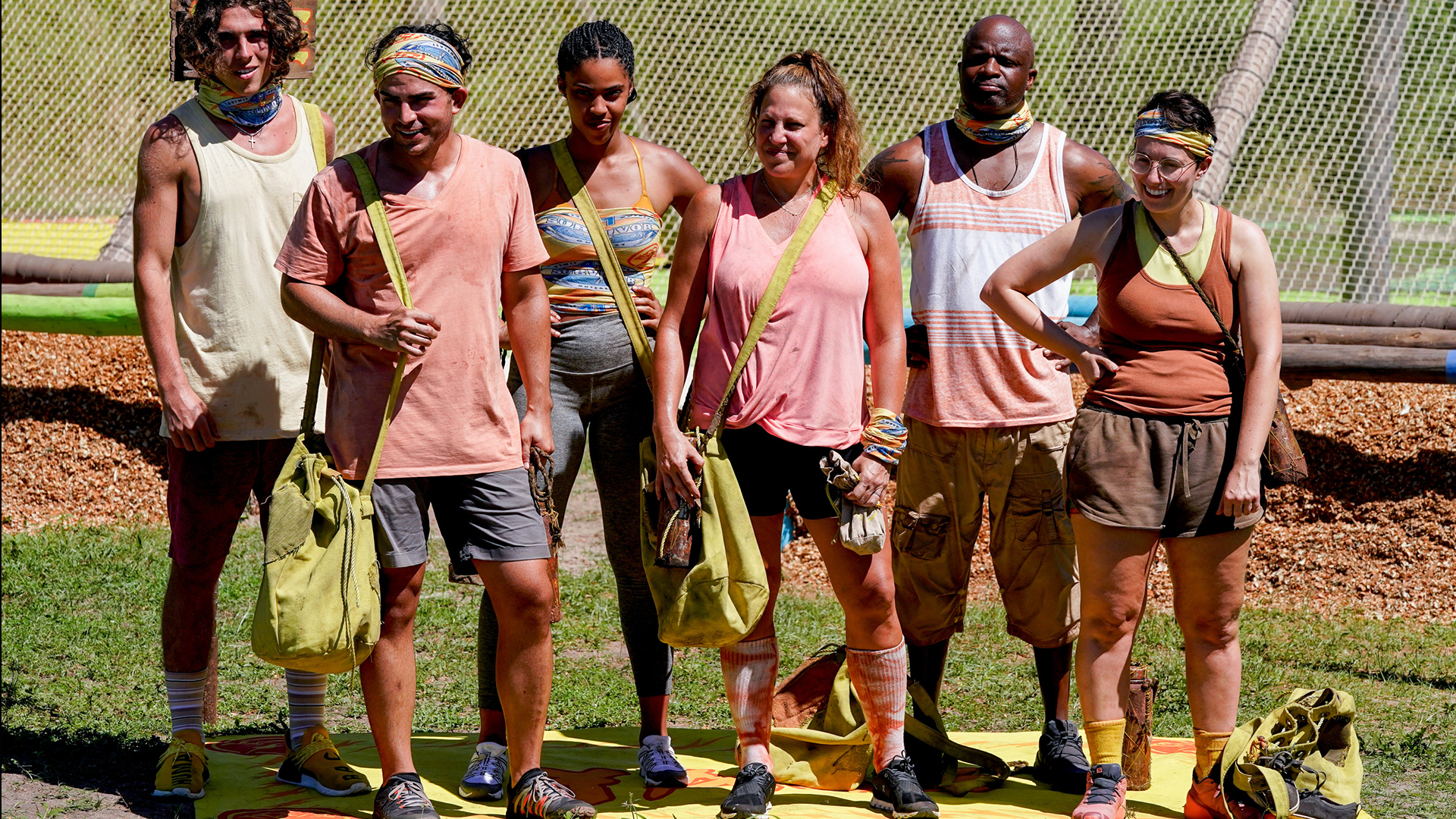 A year and a half after the end of last year’s mega-season “Winners at War,” a new Sole Survivor has been crowned: Erika Casupanan, the show’s first-ever Canadian winner. Erika won in a landslide 7-1 vote over runner-ups Deshawn Radden and Xander Hastings. The season marked a “new era” for “Survivor”: Host Jeff Probst announced at the start that it would be an entirely different game from the ones played before, with many major changes.

The most positive change in the season was the diversity pledge that CBS promised last year for their show slate, including upcoming seasons of “Survivor,” “Big Brother,” and “Love Island.” After a year that illuminated social inequalities, along with previous Black contestants raising questions about the limited diversity in its seasons, CBS announced a goal of having a cast that is at least 50% Black, Indigenous or people of color. The cast of this season was richly diverse, showing increased Black, queer, Filipino and Jewish representation, of which several notable players are locks for future all-star seasons (Evvie Jagoda, Shan Smith, Ricard Foyé and Liana Wallace).

The beginning of the game posed questions for how the rest of the season would play out, unfortunately. Insisting multiple times that this season would “keep the 1, drop the 4” — referring to how the show would go back to its roots with original seasons — Jeff revealed this would be the hardest season yet. The contestants would start with no food, limited water and the promise of giving up their flint (an integral fire-making tool) with every challenge loss. Later on, a contestant would be randomly sent to Exile Island (a lonesome, two-day trip in which you must survive from scratch), and right before the finale, the final five would start again on a new campsite. The question is, why?

“Survivor,” at its core, has always been about social relationships — a motif Jeff has alluded to in nearly every season. With the very first season of “Survivor,” early-2000s viewers were gobsmacked at the dynamics of forcing 16 people to live on a beach together and how they might go about voting each other out. Seeing people come from different backgrounds and create a community was the first-ever instance of the boom of reality television as we knew it.

Along the way, though, the producers wanted to up the ante. The game in its early stages was half about surviving in the wilderness and half about social relationships, but Seasons Three and Four — “Africa” and “Marquesas,” respectively — wanted to push the contestants to their limit. The heat was relentless, water was scarce in the African plains and the gnats in Marquesas left bites covering the contestants. In general, the castaways were too aching, exhausted and miserable to try to play the game. The seasons were ultimately saved due to exuberant personalities that would appear on Season Eight’s “All-Stars” lineup, like “Big Tom” Buchanon, Rob Mariano, Ethan Zohn and Kathy Vavrick-O’Brien. But Season Five’s “Thailand” featured one of the most unlikeable casts to date, and along with an equally un-picturesque location, it completely flopped in the eyes of critics and superfans.

Successful “Survivor” seasons, on the other hand, are more about gameplay. Contestants are battling the elements every day, but when the best seasons come to mind, one doesn’t think of “That Awful Rainstorm On Day 23” or “How That One Guy Passed Out Because He Was So Tired” (Season 32’s “Kaôh Rōng” is an exception: a record three contestants were medically removed, but it was also a gameplay-heavy season). “Heroes vs. Villains,” “Cambodia,” “Cagayan,” “China,” “Micronesia,” “David vs. Goliath,” “Philippines” and “Winners at War” were all extremely successful seasons due to the cast dynamics and the intense strategy displayed. Lately, the producers seem to have gotten the memo that cast over environment is what makes the show worth coming back to after 21 years — for the past seven seasons, “Survivor” has remained in Fiji, basing the season’s theme on contestant makeup.

That was a whirlwind of “Survivor” history, but now, here we are at “41,” which promised a game unlike any other. Not only are the contestants starving at every turn, but they are bombarded by an excruciating number of advantages that hinder the season. Instead of playing the game based on what advantages one might have, it’s based on how to avoid what is already known. 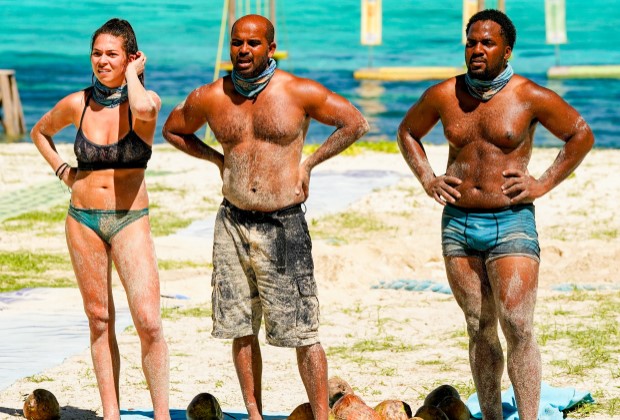 The three-way immunity idol removes the entire point of such an advantage in that you have the power to disclose whether you have one. In this iteration, finding the idol on your tribe camp has no power (in fact, you lose your vote) until the other idols are found. Not only that, but you must say an asinine phrase that the other idol-holders must recognize. As the first idol-holder, poor Xander had no power (and had to look like a fool in front of his tribemates) for little to no return in the short run.

Eventually, the idol gains power, but everyone recognizes that Xander has it and the complexity of trying to vote one out with an idol is heightened. At the merge, Liana’s steal-an-advantage advantage is also found out by everyone, and she and Xander (whom she wants to steal from) are engaged in an awkward tug-of-war of power, though it results in a funny moment at tribal. During “David vs. Goliath,” Carl ​​Boudreaux’s idol nullifier was such a moment because no one, including the audience, knew it’d be played. That advantage struck gold, and this time, the producers threw everything at the wall to get one to stick. None really did.

The “Shot in the Dark” was another advantage that was not used enough to be meaningful; a poorly explained one-in-six shot at safety was only used once, unsuccessfully by Sydney Segal. Two out of three immunity idols were never played (Shan and Naseer Muttalif), and through expert maneuvering, Xander’s remained unused until the final five. In nearly every pre-merge episode, two contestants visited an island to talk and risk their votes for an extra vote advantage. At the final seven, Deshawn, for getting last in the immunity challenge, is tormented by a two-in-three shot at being immediately eliminated (why?). Erika, after a random draw, is selected to go to Exile Island to fend for herself, then given the chance to turn the game around and give immunity to the five contestants who lost the previous challenge (again, why?) The Survivor wiki counted 19 advantages in the season.

“Survivor: 41” will go down as one of the most diverse and entertaining newcomer casts in history, but at times, it felt like watching a parody of the “Survivor” we love. It serves as an example that no matter how good castaways are, the gameplay can always be hindered by a multitude of advantages — despite the original season having zero. I thought we were dropping the 4 and keeping the 1?