The Daily Nexus
Simply Stated
Simply Stated: What Is the Best Form of Caffeine?
December 5, 2021 at 11:40 pm by Audrey Moeller

Dedicated to the weird and wonderful science of everyday things and the world around us, Simply Stated features no-nonsense explanations of technology, medicine, natural phenomena and any other assortment of subjects which may spark one’s curiosity.

With the approach of finals, caffeine is the official sponsor of late-night studying. So, what should you be drinking to stay fueled and focused? 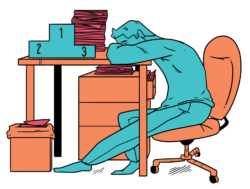 In the United States, 85% of adults consume caffeine daily, with an average intake of 135 milligrams per day or 1.5 standard cups of coffee (1 standard cup is 8 fluid ounces or 235 milliliters). Your body is able to absorb up to 99% of the caffeine found in coffee, enabling the compound to reach peak blood concentration levels as soon as 15 minutes after consumption. Once absorbed, caffeine crosses the blood-brain barrier and blocks the inhibitory neurotransmitter adenosine, promoting alertness and providing your body with an instant energy boost.

Not only can a daily cup of coffee make you feel more energized, but it also burns fat, improves physical performance and lowers the risk of several diseases, such as Type 2 diabetes, Alzheimer’s disease, Parkinson’s disease and cancer. Studies suggest that coffee may even boost longevity — two large, observational studies reported by Healthline Media revealed that drinking coffee was associated with a reduced risk of death of 20% in men and 26% in women of ages 18-24.

But coffee has a strong competitor: caffeinated tea. We’ll look at two popular tea-based coffee alternatives, starting with matcha. Coffee contains about 90-95 milligrams of caffeine per 8-ounce cup, while matcha contains 38-88 milligrams of caffeine per 2-ounce serving. Although matcha has less caffeine, it lasts much longer in the body. The small amounts of caffeine in this concentrated green tea take longer to enter the bloodstream and can last as long as six hours. As a result, the “crash” that people experience an hour or two after drinking coffee doesn’t happen with matcha.

The leading explanation for this revolves around the amino acid L-theanine, which acts with other antioxidants, flavonoids and phytonutrients to slow down the body’s absorption of caffeine, resulting in a gentle introduction of caffeine into the system and a lengthened period of wakefulness. L-theanine also stimulates the production of serotonin, a feel-good neurotransmitter that can reduce stress and boost your mood by lowering blood pressure, reducing cortisol levels and increasing alpha waves in your brain.

Abundant in the phytochemical EGCG, matcha has strong thermogenic properties that increase fat metabolism and help promote weight loss. Unlike coffee, matcha contains antibacterial properties that leave you with a fresh mouth and clean teeth.

The yerba mate herbal tea infusion, one of the most popular drinks at UC Santa Barbara, is another tea-based coffee alternative. At 85 milligrams of caffeine per cup, yerba mate contains less caffeine than coffee but more than a cup of tea. Similar to matcha, yerba mate is slower to introduce caffeine into your system but lasts longer and helps you avoid the jitters and crashes from coffee. Referred to as “the drink of the gods,” yerba mate is packed with antioxidants; while coffee and matcha are both also known for being high in antioxidants,  yerba mate beats both with 24 different vitamins and minerals, 15 amino acids with antioxidants and 196 volatile chemicals.

Caffeine, no matter the form, should be taken in moderation for the best effect. For a quick boost, coffee is your best option. However, alternatives such as matcha or yerba mate are better for sustained energy throughout the day.