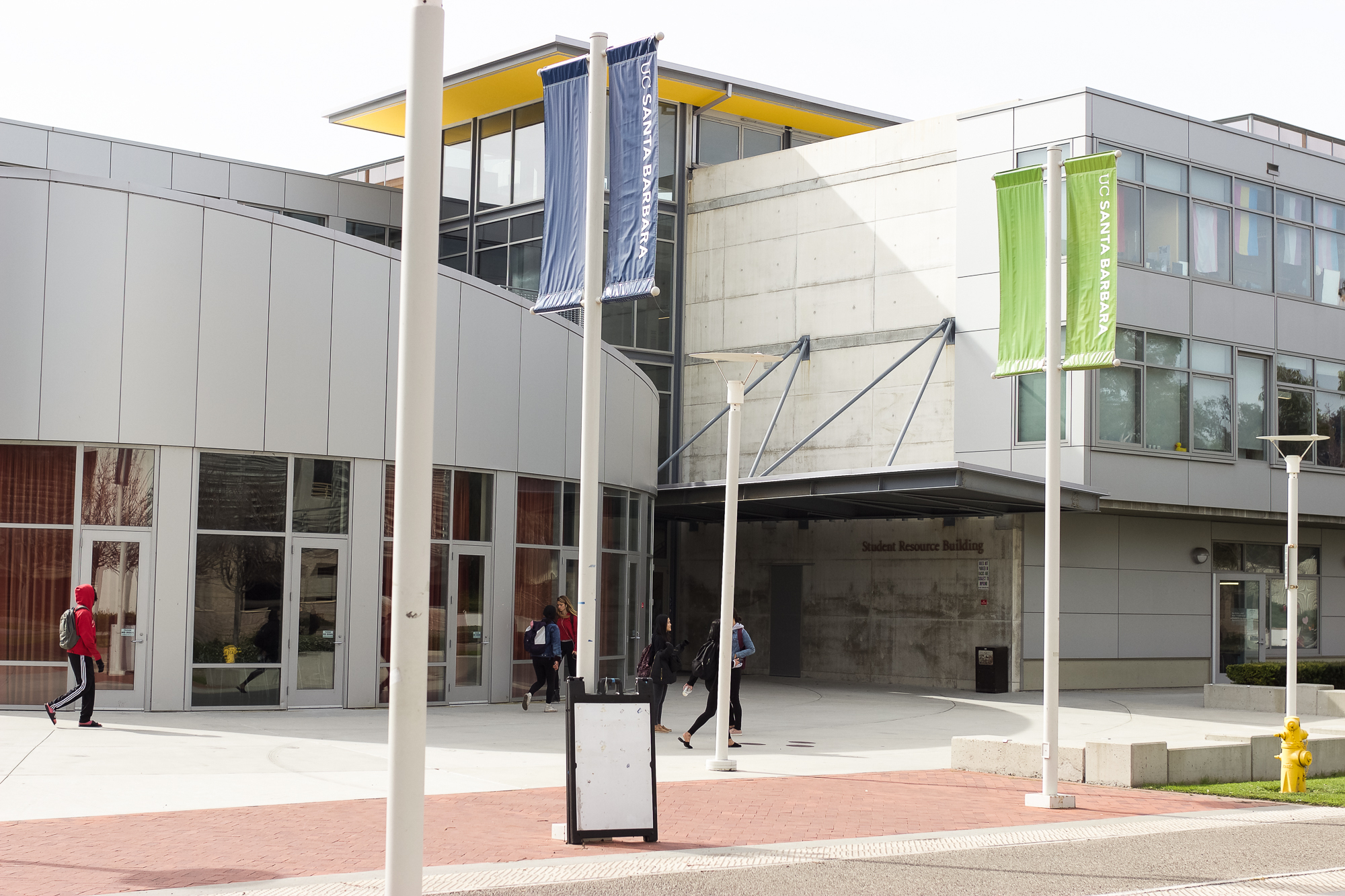 The panelists fielded questions from around 20 attendees surrounding the Clery Act timely warning system and general frustration about a lack of university action to prevent sexual assault.

The panel was moderated by Marisela Márquez, the executive director of UCSB’s Associated Students, and hosted representatives from university administration, the UCSB Title IX Office, the Campus Advocacy Resources and Education Office, the Clery Act coordinator and the UC Police Department (UCPD).

Villalobos informed attendees that SASA’s nonprofit board is continuing work on California Assembly Bill 524, also known as the Greek Accountability, Change, Transparency (A.C.T.) bill. The bill, which was originally introduced into the legislature over a year ago, will be returning for the upcoming cycle with the goal of holding fraternities and sororities accountable for sexual assault allegations.

If passed, the bill would require higher education fraternities and sororities to compile annual and “easily accessible” reports – made up of law enforcement and office of student life reports – to inform the campus community about fraternity and sorority misconduct.

The bill would also require fraternities and sororities to report information on membership, average GPA of the chapter, volunteer hours and the chapter’s standing with its university.

“Our hope with this would be that new students who are looking to join fraternities and sororities or go to events [at fraternity houses] who haven’t gotten timely warning emails or who don’t know the campus climate are able to easily see which locations have a trend of violence or perpetuate predators,” Villalobos said.

Loose then shared SASA’s statement on UCSB’s timely warning emails. As mandated by the Clery Act, all universities must work with local police departments to report a variety of crimes — including sexual assaults — that occur on campus, campus-affiliated or campus-adjacent property in the form of “timely warning” emails.

According to Loose, students have been reaching out to SASA with a variety of issues around the nature of the emails, including their graphic, triggering language, the lack of trigger warnings and the lack of specific locations of the sexual assaults.

“Please note this message contains information that somebody finds upsetting,” she said. “Why did [the] email sent to UCSB students not give survivors this chance to click away?”

“We think it would be best if the emails include a trigger warning in the subject line and refrain from reiterating unnecessarily specific details of the assault encounter, in order to ensure survivors on campus are not negatively impacted by receiving these messages,” Loose said.

“We’ve had a lot of students asking us if we knew where the events happened, as that should be the reason we are getting these emails — to protect ourselves,” she continued. “This lack of clarity is making students more uncomfortable.”

On Oct. 4, UCSB issued two back-to-back timely warnings for instances of sexual assault: an Oct. 2 sexual assault that took place in campus housing and a Sept. 28 rape that was “at the house of a UCSB-recognized student organization,” according to the timely warning.

On Oct. 12, UCSB issued a third timely warning for aggravated sexual assault that occurred Oct. 9 at a “campus-affiliated property in Isla Vista.”

UCPD Lieutenant Dan Wilson later clarified that the recognized student organization from the Sept. 28 assault was a part of Greek life, but none of the timely warnings provided specific locations of the assaults or trigger warnings.

SASA requested that for future timely warnings — along with including trigger warnings in the headline and email body as well as fewer details of the assault — clearer locations be provided so “students can make more informed decisions about their activities.”

UCSB’s Clery Act Compliance Coordinator Jessica Fougere said that a variety of factors go into disclosing a crime’s location, including if the location would expose the identity of the survivor, if police or the university know the specific location of the crime or if a pattern of crime exists at the location.

“Another thing we consider is the broader picture,” Fougere said. “We are always trying to be mindful of the fact that, unfortunately, these incidents can happen anywhere. What we never want to do is send a timely warning where we do name a location and then people think, if ‘I just avoid one location, that will be okay.’”

UCPD representative Matt Bly said that he apologized on behalf of the department for the triggering nature of the timely warnings.

“I’d like to start off by saying first and foremost I apologize on behalf of UCPD for any triggering emotions or negative emotions that these points have caused,” Bly said.

Panelists then responded to questions about repercussions for groups or individuals — specifically fraternities — that have allegations of sexual assault or misconduct against them.

After allegations of sexual assault are reported, they go to the Title IX Office, according to Vice Chancellor of Student Affairs Margaret Klawunn. She noted that anonymous complaints make it more difficult for the university to impose penalties on offending groups or persons.

Klawunn said that a “serious allegation” against a university organization could first warrant an interim investigatory suspension and then, depending on the charges, suspension or dismissal of the organization.

During public comment, students voiced disappointment with the university’s process for prosecuting offenders and a lack of support for sexual assault survivors.

“I remember that first [SASA] panel in 2019,” Hamidi said. “We had a solution and that solution was the taskforce, and I said, ‘OK, maybe the taskforce will work.’ Here’s the problem: You invited the very same fraternities that are accused of committing sexual assault.”

Hamidi — who referenced 2019 allegations of sexual assault against members of the Sigma Pi fraternity which were discussed at a SASA town hall two years ago — said that the university should consider the abolition of UCSB’s Greek life organizations.

“I really want us to think about, do we really need Greek life and fraternities to thrive and succeed in life? And to be honest with you? I don’t think so,” she said.

“I am very active in the sexual assault community because I am a survivor. I’m a multiple-time survivor. And being here at UCSB has changed my life for the worse,” she said.

“I know you’ve all worked here for many years,” she told the panelists. “I’m pretty sure you’re just doing the same thing. Every single quarter, you’re saying the same words out of your ass, every single quarter. I understand that there’s so much bureaucracy and politics to go into this, but these are our lives.”

After public comment, SASA members discussed their actionable demands for the university, which included including content warnings for all timely warnings, ensuring Clery Act coordinators work with the Campus Advocacy, Resources & Education office to make sure the warnings will not be triggering and making reporting resources for survivors — including clarifying the nature of anonymous reports — more accessible.

“I’m really sorry to hear the amount of pain that we’ve heard tonight from so many different people. I will be carrying that with me.”