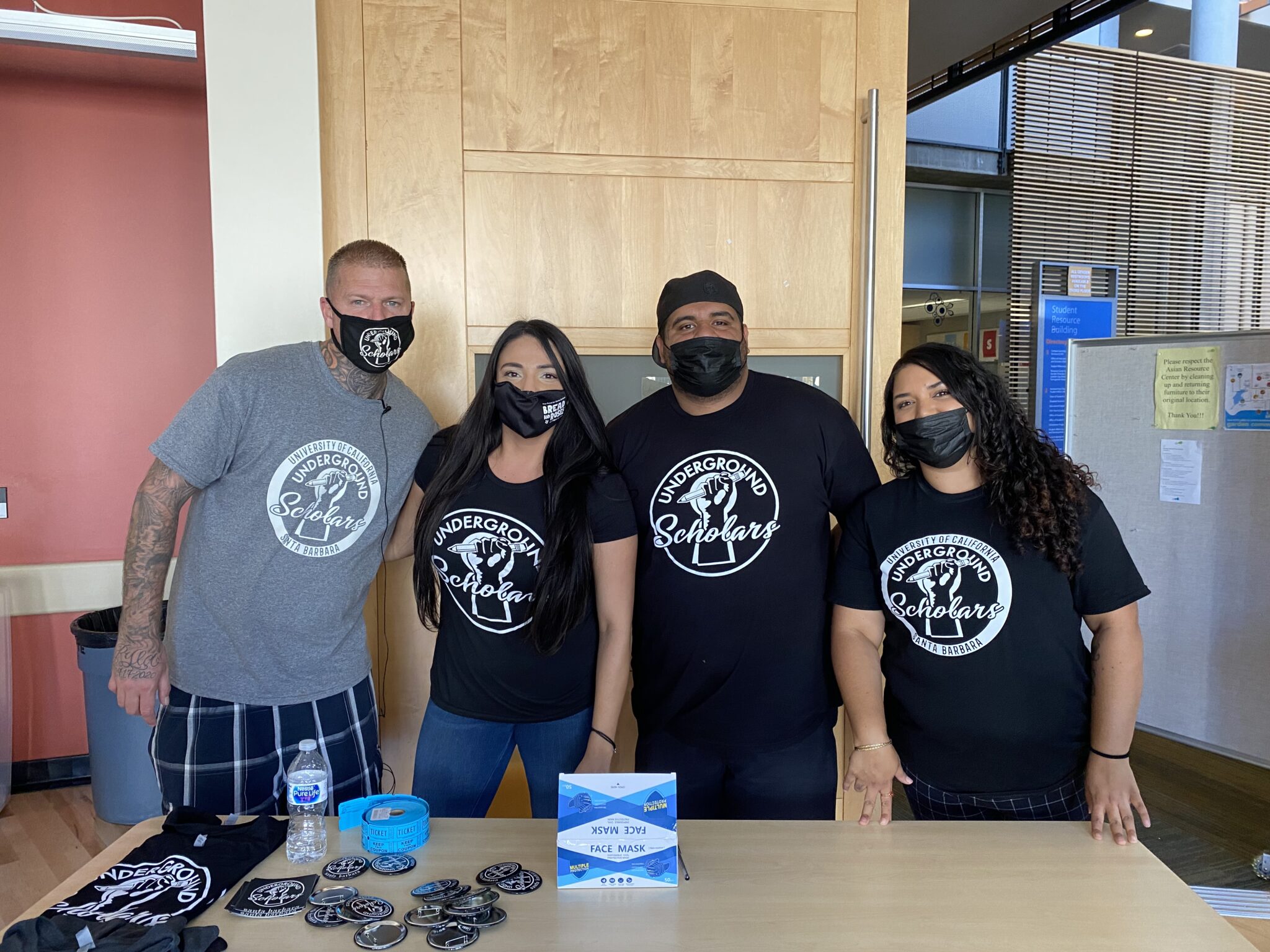 The day also marked the official launch of Thrive Santa Barbara County, an app and website that compiles resources and programs within Santa Barbara County for formerly incarcerated individuals and others impacted by the justice system. Emelie Risha / Daily Nexus

The event included a tour of UC Santa Barbara with an emphasis on sites of activism, followed by lunch, a reentry resource fair and a ceremony honoring the ambassadors of the year. The day also marked the official launch of Thrive Santa Barbara County (Thrive SBC), an app and website that compiles resources and programs within Santa Barbara County for formerly incarcerated individuals and others impacted by the justice system.

“When we discussed the North Hall takeover, it was nice to see [students’] eyes brighten up from learning all of these things that have happened on UCSB’s campus,” Ortiz said.

The North Hall takeover — when 12 Black students occupied North Hall for 12 hours on Oct. 14, 1968 — opened doors for the creation of UCSB’s Department of Black Studies and subsequently, departments of Chicana and Chicano studies, Asian American studies and Feminist studies.

Afterwards, the reentry resource fair took place, during which attendees connected with organizations and programs such as Guardian Scholars, United Way, the UCSB Transfer Student Center and the Santa Barbara County Day Reporting Centers, among others.

“[We are] showcasing [the resources] to students as a way to show what their future could look like,” Rising said.

“Now that I’m a student I realize that those resources are built and set up so that we can succeed,” Ortiz said. “Now, I’m here and get to share with everybody else.”

Sauceda served over 10 years in the Washington State prison system and now works as a software engineer for Code for America.

Following the launch, SBCC students Raygoza and Lisandra Barrera-Rising each received an Ambassador of the Year award from the Gaucho Underground Scholars for their work as underground scholars at Santa Barbara community colleges.

In her acceptance speech, Barrera-Rising emphasized the importance of moving at one’s own pace and how it’s never too late to pursue education.

“It’s difficult to get access to the students when it isn’t student-led,” Barrera-Rising said. “That’s why we’re just trying to get out there through word of mouth; that way anyone can come contact us if they want to be involved with underground scholars.”

“We plant seeds in our population, the formerly incarcerated, to open their eyes to a whole new world that they never knew existed,” Raygoza said.

In his award speech, Raygoza stressed that formerly incarcerated students “don’t have to do it alone.”

“There’s someone that will be there for you,” he said. “Don’t make major decisions on your own.”

According to Rising, formerly incarcerated people serve “life sentences,” where they continue to face discrimination and are denied housing or career opportunities even after their release from imprisonment.

“We’re recidivating back into the prison industrial complex, because we can’t sustain ourselves,” Rising said. “We need to get into the business of building each other up, instead of tearing each other down for profit.”