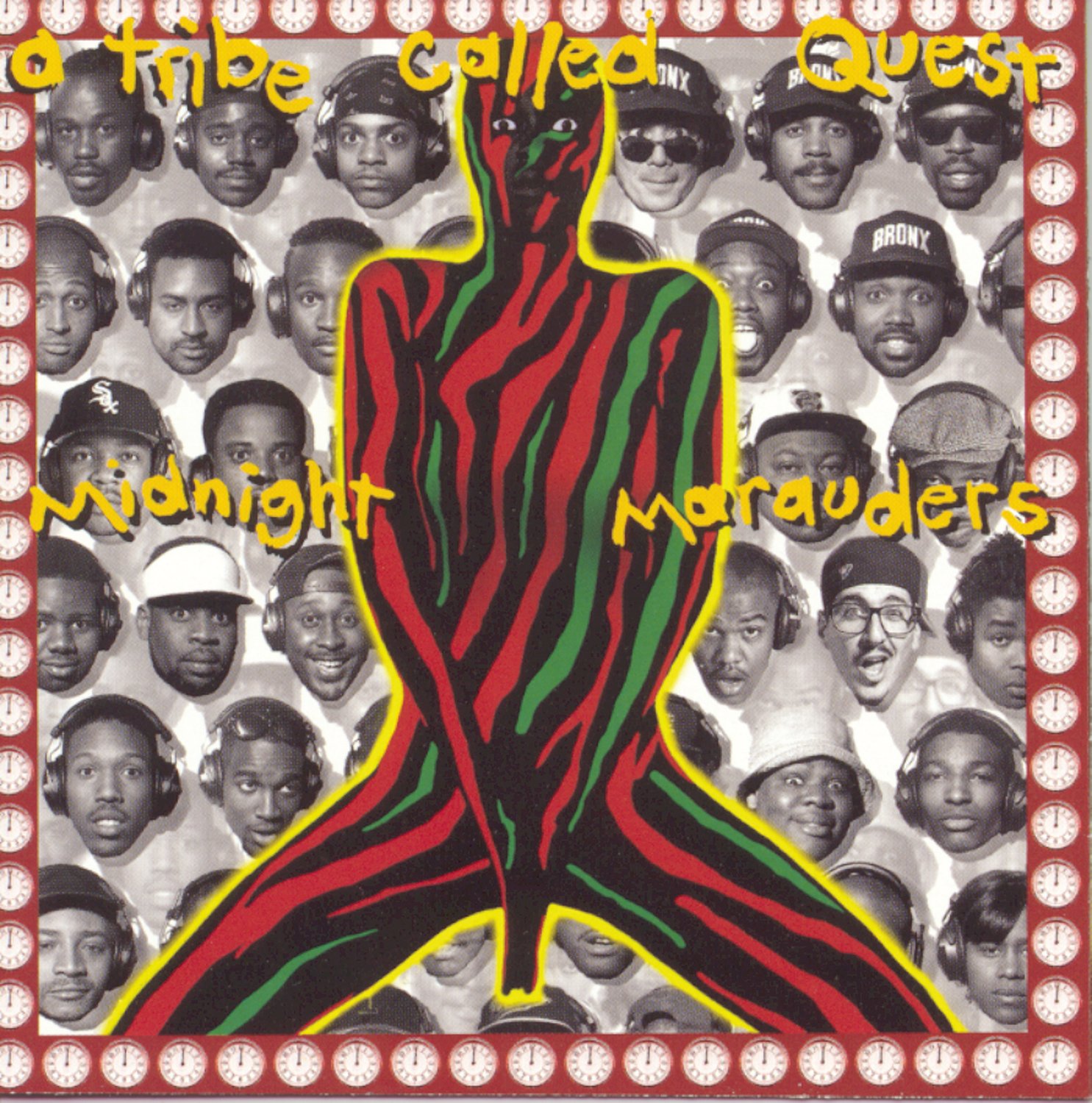 The ‘90s were marked by some of the most legendary releases in rap. Members of the Wu-Tang Clan dropped a whole series of gritty classics, from Ol’ Dirty Bastard’s raunchy “Return to the 36 Chambers: The Dirty Version” to Raekwon’s larger-than-life “Only Built 4 Cuban Linx…” During these years, rap kingpin Jay-Z also rose to fame, as did the tense east coast/west coast feud starring titans like The Notorious B.I.G. and 2Pac. In the mix of all these, a four-man rap crew uniquely stood out for their upbeat and laid-back releases — A Tribe Called Quest. Their third studio album, “Midnight Marauders,” released on Nov. 9, 1993, is the pinnacle of their fun style and has stood the test of time as a never-ending party inviting all to join.

A Tribe Called Quest originated in Queens with four members: Q-Tip, Phife Dawg, Jarobi White and Ali Shaheed Muhammad. The first three were the main rappers of the group, whereas Muhammed worked closely with Q-Tip to create organic and jazzy beats full of low-end bass. White mostly detached from the group after their first record, choosing to become a chef. Throughout their career, the group featured many recurring associates, including Busta Rhymes, J Dilla and Consequence.

A Tribe Called Quest’s first release, “People’s Instinctive Travels and the Paths of Rhythm,” was released in 1990 to critical acclaim for its fun nature — the first album to earn a perfect “five out of five mics” from legendary rap magazine The Source. A year later, their second album, “The Low End Theory,” took a tasteful turn towards minimalism. This record is often cited as pioneering jazz rap, with the famous bassist Ron Carter playing on the record, and tracks like “Jazz (We’ve Got)” being core to the subgenre. By the time of their third album, the group only had to improve on their immensely well-received and laid-back sound. “Midnight Marauders” entirely lives up to these expectations.

“Midnight Marauders” is held together by a gentle-voiced robotic tour guide, promising to enhance the record with “certain facts [the listener] may find beneficial.” Whether explaining the title of the album or taking lighthearted jabs at other rappers, this voice serves as a friendly hand to reground the listener throughout the album.

This voice also ties together the themes of social consciousness and positivity introduced in the album. In the last few seconds of “Midnight,” the tour guide butts in, pushing for sexual education as a means to slow down the transmission of HIV. The voice also prompts listeners to reconsider the connections between masculinity and violence on “Sucka N—-” — “You’re not any less of a man, if you don’t pull the trigger / You’re not necessarily, a man if you do.” Moreover, the body of this track centers around Q-Tip discussing the empowering recontextualization of the N-word by Black youth into a term of endearment.

“Midnight Marauders” maintains this positive vibe even when not trying to educate listeners. “Award Tour” is a jazzy celebration of all of the Tribe’s accomplishments, and “Oh My God” is infectiously groovy between its horns, bouncy bassline and almost-abrasive Busta Rhymes vocal loop. Smooth tracks like “Electric Relaxation” and “The Chase, Part II” make for the perfect cruising songs, striking a great balance of mellow yet energetic. Even the gloomiest track on the album — “8 Million Stories” — features Dawg telling a hyperbolized story of the worst day possible, as if to say that things sometimes really do just suck — and that’s okay.

It’s also critical to give flowers to Dawg and Q-Tip’s vocal chemistry — they come off smooth and never pressed throughout the album. The trading of lines between the two emcees on “Electric Relaxation” and “Steve Biko (Stir It Up)” is flawless. “Keep it Rollin’” is pure fun, featuring animated performances by Dawg and Q-Tip bouncing on a jazzy sample of “Feel Like Makin’ Love” by Roy Ayers Ubiquity.

A Tribe Called Quest has had a nearly flawless career, and “Midnight Marauders” stands tall as their perfection of the style made them noticeable. Later projects like “Beats, Rhymes and Life” and “The Love Movement” took a darker, more mature tone, mirroring the tensions between the group. The group did eventually make up, releasing the exceptional “We got it from Here… Thank You 4 Your service,” post-Dawg’s passing. Yet, “Midnight Marauders” still is the go-to reference for the creative sampling, uplifting beats and social consciousness that keeps A Tribe Called Quest as one of the greatest hip-hop groups of all time.