The Daily Nexus
On the Menu
Wingstop Swoops Into Isla Vista
November 4, 2021 at 7:56 am by Yiu-On Li and Kyra Schimpf 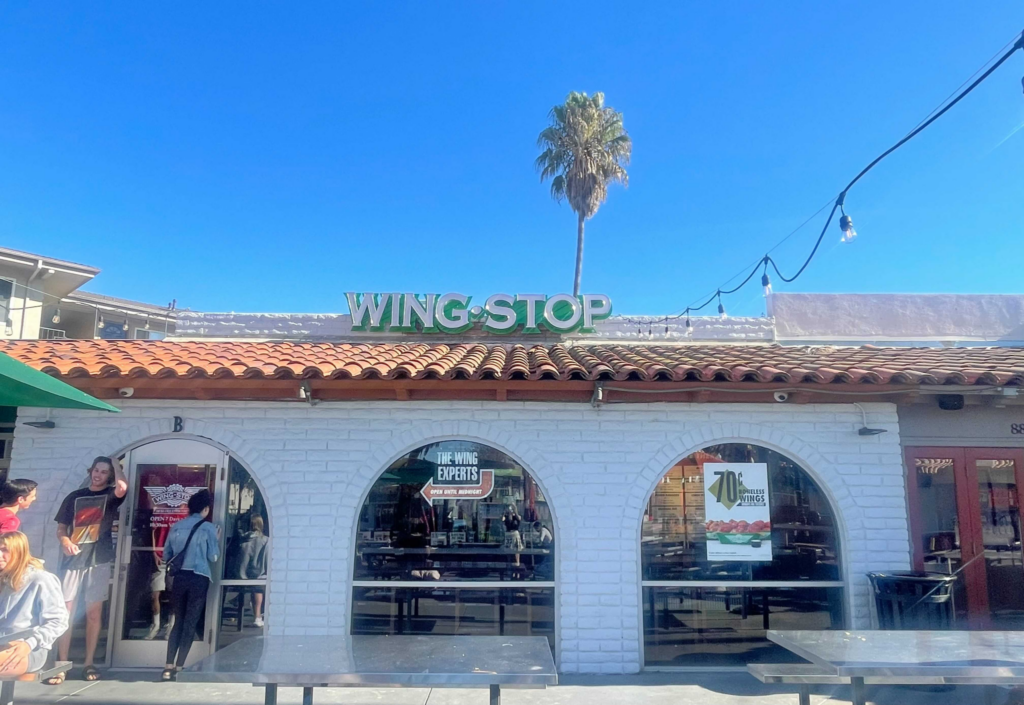 Wingstop held its soft opening in Isla Vista on Friday. Located at 888 Embarcadero del Norte, between The Habit Burger Grill and Starbucks, it marks the introduction of, so far, the only dedicated chicken wing restaurant in I.V.

“Expanding our presence in Isla Vista was the next logical step for us as Wingstop continues to grow in popularity within the market,” Gail Hill, a field marketing manager for Wingstop, said in a statement to the Nexus. “The restaurant itself is located in an area with a strong community presence; where students, individuals and families alike live, work and play.”

About a dozen people, mostly students, waited in line for the opening. The first person in line was Nick Tomlin, a second-year political science major at UC Santa Barbara.

“I’m a big proponent of Wingstop superiority,” Tomlin said, chuckling. “I will be visiting here religiously.”

The food appeared not to contradict his beliefs.

“The food’s amazing,” Tomlin said. “I got what I expected, and it’s just very fulfilling.”

Amaya Zabalza, a third-year sociology major, was impressed with the speed of the service. Like Tomlin, she expressed a loyalty to Wingstop.

“I used to drive to Ventura my freshman year to go to Wingstop,” she said. Now, “it’s kind of nice that it’s only five minutes away.”

“It smells absolutely amazing,” she said of her order. “And I know it’s gonna taste better than it smells.”

“I think this is gonna be a very popular spot,” she added.

In attendance as well was Charlie Walz, the director of business development at PopID. PopID is a service which uses facial recognition for payments; Wingstop in I.V. is an adopter.

“I will be here quite often,” Walz said. “I only eat where they take PopPay in this town. So having a new wing place is amazing.”

As for what Wingstop brings to I.V., Tomlin, the customer who was first in line, had a simple answer.

A version of this article was featured on p. 11 of the November 4, 2021 print edition 0f the Daily Nexus.