Editor’s Note: In previous years, the Daily Nexus News Team published a weekly article entitled, “Vista Point: Weekly Goings-on in Isla Vista,” which was a summary of weekly events within the UC Santa Barbara and Isla Vista Communities. The 2021-22 Nexus News Team has revived this column to keep our readers informed of local events and happenings. 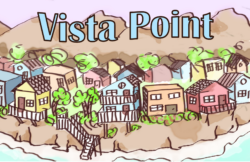 During the I.V. Community Services District (IVCSD) Oct. 26 meeting, the board of directors discussed a request to expand the Isla Vista Safety Stations program. The board approved the request to the I.V. Recreation and Park District (IVRPD) in a 5-to-1 vote.

The request sought approval for the establishment of a safety station in Greek Park. According to IVCSD Director Spencer Brandt, the staff worked with the UCSB UCPD to evaluate potential locations for a new safety station, and Greek Park was chosen due to its proximity to student and family populations as well as  its coverage of the northern I.V. area.

In 2017, the IVCSD partnered with the IVRPD to create the Isla Vista Safety Stations program to provide physical locations for Community Service Organization officers. Two stations have already been established: one at Little Acorn Park and one at Window to the Sea Park.

“This is funded as a priority, and we see the need. There are a lot of safety needs in I.V. at night right now,” IVCSD Director Ethan Bertrand said. “It’s a great program. It’s been successful. All of us have been proud of it.”

The resolution in support of SRU/UAW urged UCSB to recognize the union in its entirety, said A.S. affirms its commitment to student representation in collective bargaining and tasked the External Vice President of Statewide Affairs (EVPSA) with a union recognition campaign.

The resolution in support of UC-AFT urged the UC to meet the union’s demands and prove its commitment to social justice. It also asked the UC to commit to educational quality consistency, promised to share information on how the student body can help UC-AFT while working to minimize misinformation about UC-AFT’s campaign, urged students to stand in solidarity with UC-AFT and asked the EVPSA to circulate a petition on behalf of UC-AFT.

A.S. will be discussing a newly proposed bill opposing the construction of Munger Hall during their Nov. 2 meeting. The Nexus will further report on this bill at a later date.

Wingstop, located between Starbucks and the Habit on Embarcadero Del Norte, officially opened its doors to the community. Community members can now enjoy the aviation-themed chain restaurant’s infamous wings, fries and more.