The Daily Nexus
Reviews
Lilac Patisserie Review
November 4, 2021 at 7:52 am by Maya Ades 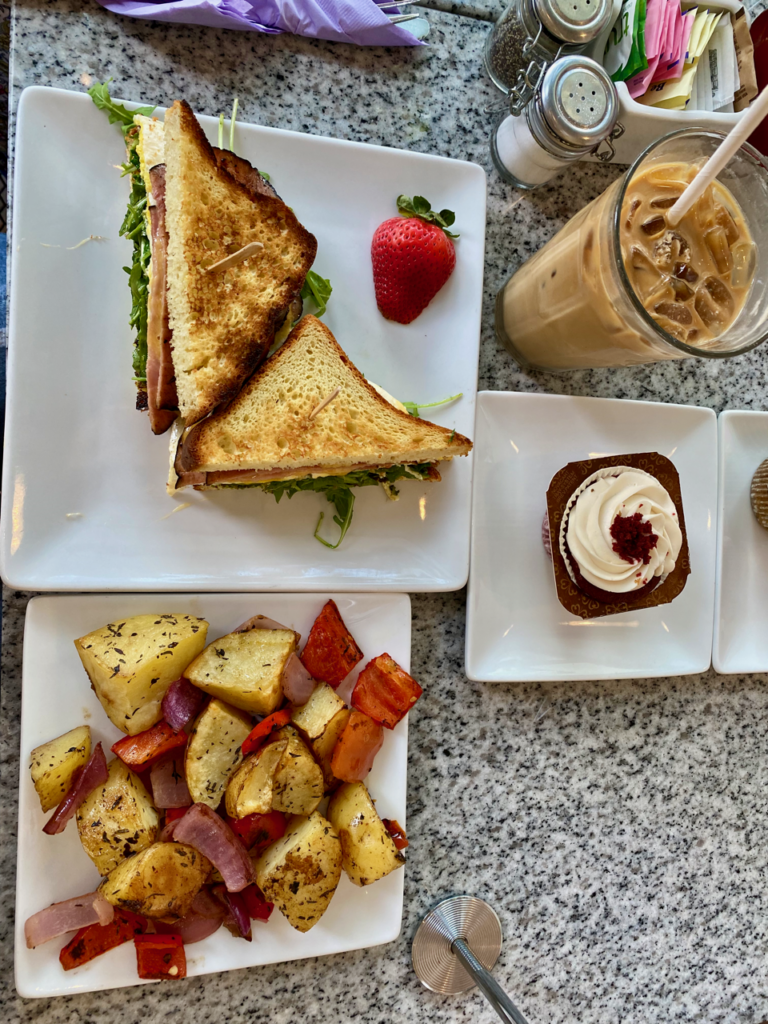 As a person with celiac, a gluten allergy, I’ve been meaning to try Lilac Pâtisserie, a gluten-free bakery and café located in the heart of downtown Santa Barbara. One Sunday, I coerced a few people into coming along with me so that I could try as much food as possible. We set out for brunch, set on ordering the entire menu.

I decided on the breakfast sandwich, which consisted of Black Forest ham, a fried egg, arugula and melted cheddar cheese in between two pieces of brioche bread. I was also pleasantly surprised to discover that there was pesto spread on the bread as well. The salty flavors of the ham paired well with the sweeter brioche bread and, of course, who could possibly complain about melted cheese and pesto? It was a delicious sandwich, especially with a bit of Cholula Hot Sauce. My friend Fatima also had the breakfast sandwich and ordered a side of potatoes to go with it. The potatoes were cooked with onions and red peppers, which were all brought nicely together with oregano.

My other friend Sarah is a vegan, so she was initially a bit worried about whether she would be able to eat at a restaurant that primarily caters to gluten-free eaters. Well, she need not have worried, because she was able to try the red velvet cupcake and carrot cake cupcake — both of which are vegan. The carrot cake cupcake was a big hit, because the ratio of raisins to cake was spot-on, and the frosting on top was cream cheese-y and smooth. She also liked the red velvet cupcake, though she did say that the typical fan of red velvet might not love it. It lacked the strong chocolate flavor that people often associate with red velvet, but the frosting was good overall and not too sweet. The cupcakes were both a bit dense, although you do tend to get that with gluten-free baked goods in general. 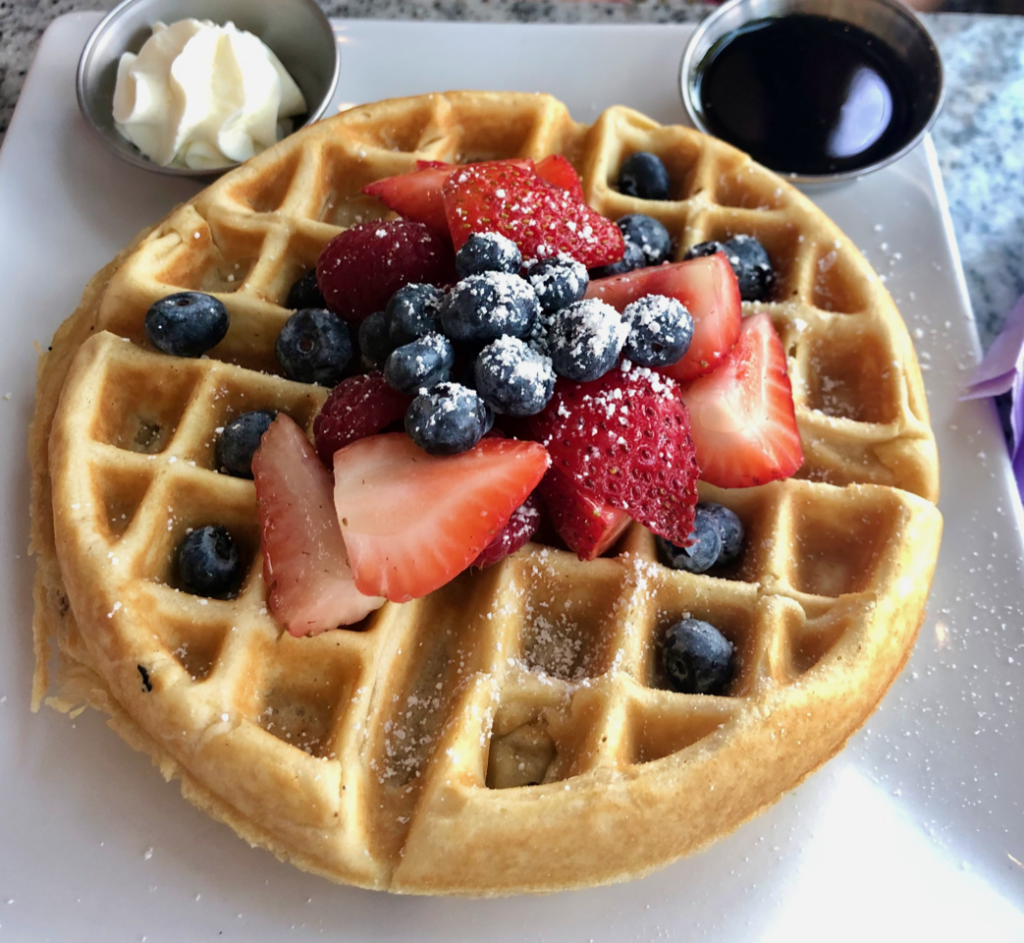 Sklyer ordered the Belgian Waffles, which she was very happy about … once they got there. Be warned that the waffles take a bit longer to make, so if you are starving, maybe go for something else. Skyler said that her waffles were the perfect density, fluffy while still being filling. In addition, the strawberries, blueberries and raspberries on top of the waffle were perfectly ripe and yummy!

Like Sarah, Izzy opted for a baked good, choosing a slice of New York cheesecake. The cheesecake was delicious and smooth, not too sweet and a little tangy from cream cheese. I tried it, and it was the best gluten-free cheesecake I’ve ever had. I would recommend this cake again and again. 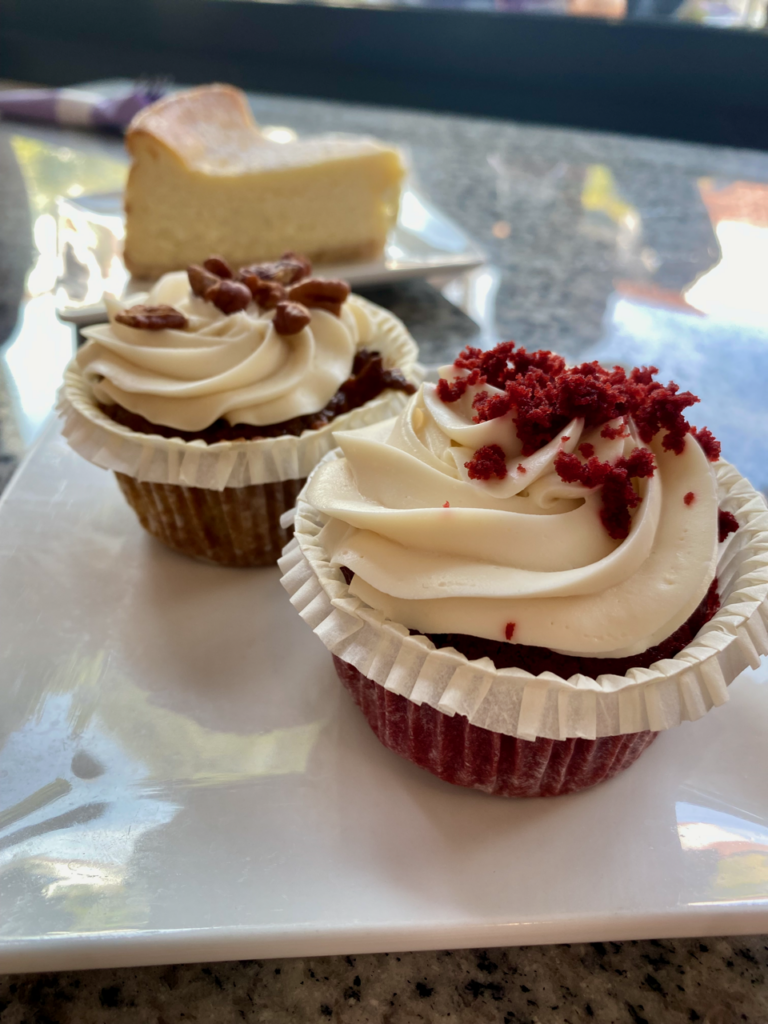 As expected of any college students in the middle of midterms, we had to buy coffee as well. I had a pumpkin spice latte, which was amazingly creamy and delicious. The hot matcha latte and the iced latte were both good, although the cold brew was a bit strong.

I would definitely recommend this restaurant to anyone, gluten allergy or not! Not only is the food very yummy, the restaurant has a fun atmosphere, both in the cafe and outdoors at the street seating. The employees at Lilac Pâtisserie are all very nice and helpful, creating a very good experience overall.

A version of this article was featured on p. 11 of the November 4, 2021 print edition 0f the Daily Nexus.