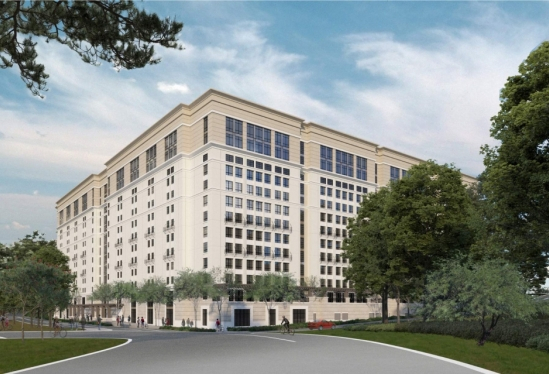 Ninety-seven-year-old billionaire and future Pixar villain Charlie Munger recently announced his plans for UCSB’s newest torture device — a massive, mostly windowless box that is planned to be the future home of 4,500 lucky students!

Some, however, are not pleased with the prospect of living inside Munger’s Box™ and have made their issues with the project widely known. In order to appease the public and let students know of the benefits of living in the prison, Munger has reached out to Nexustentialism for an interview.

“I don’t know why people are complaining,” Munger stated. “Imagine seeing 4,500 people daily. I haven’t seen anyone in weeks. The last person I talked to was Philip Zimbardo. Now there’s a guy who knows how to handle college students!”

In order to encourage students that the Box™ is liveable and, in fact, a luxury, Munger has revealed a few key changes to our team at Nexustentialism.

“Originally we were going to bottle the oxygen and sell it. I got the idea from ‘The Lorax.’ That movie is my guide on how I do business. But after all the complaints, I thought that we’d throw the people a bone. Do students deserve oxygen? No. What have they done? But I’ll satisfy their pathetic greed and give it to them.”

Munger even told us about an awesome feature of the rooms that students will need to use daily.

“We’ve also decided to include a section of every room that is a dedicated ‘crying corner.’ We’ve even provided bottles for students to store their delicious, scrumptious tears in. We will be collecting them for … research … yes, um, research.”

After a long period of silence from Munger, he continued.

“Furthermore, we’ve added posters of these so-called ‘windows’ to physiologically trick the students into believing that they’re there.”

When asked about the building’s concerning shortage of windows, Munger asked us to define the term.

“Windows? In all honesty, I don’t know what those are.”