The Daily Nexus
Science & Tech
Despite Public Outrage, Pine Mountain Remains Threatened By Logging
October 29, 2021 at 8:00 am by Nasim Elyasi

Over one-third of California is covered by forests. This land contributes to individual and community well-being. Forests supply water, regulate climate, serve as places of recreation and supply hundreds of thousands of jobs in the state. Without forests, life would look very different. 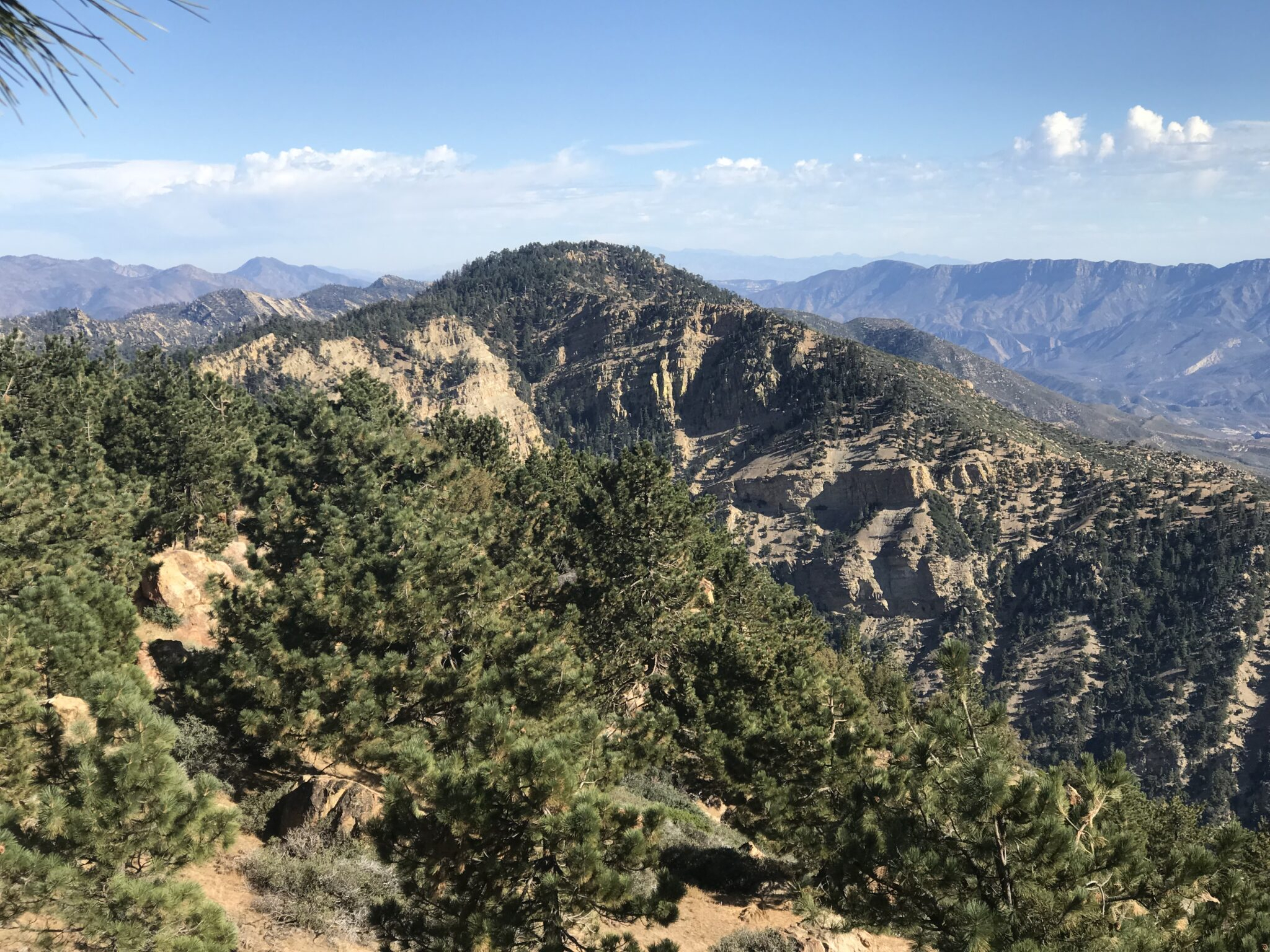 A view of Haddock Peak from Reyes Peak. The highest mountain on Pine Mountain Ridge, Reyes Peak is a rarity in Los Padres: a mountain crowned by stands of pine and cedar. Sean Crommelin / Daily Nexus

For several different reasons, deforestation and forest degradation are realities, and one example lies on a mountain ridge about 80 miles from UC Santa Barbara and Isla Vista: Pine Mountain.

The controversy of Pine Mountain remains six months in the making. This mountain ridge stretches six miles in Ventura County, in Los Padres National Forest, and is currently threatened by a logging project.

The project was initiated in 2018. The United States Forest Service spearheaded the project under former President Trump, and now the Biden administration has it under review. The logging will generate approximately 3.8 million board feet of timber, leading to an unmistakable boost to the economy.

The project threatens 755 acres of conifer forest and chaparral and aims to remove “small” trees up to two feet in diameter, though the proposal endangers trees up to five feet in diameter through loopholes in the writing. These loopholes also allow the logging proposal to progress without a detailed investigation into the area or a chance for the public to share their thoughts on the project, which is just what the U.S. Forest Service has done.

Pine Mountain is home to incredible biological diversity. It is inhabited by species of plants and animals unique to the region, such as lupine and scarlet bugler wildflowers, and native wildlife species, such as the California black bear and the California red-tailed hawk.

Less well-known, however, is the fact that the land is of incredible significance to the Chumash of Ventura and Santa Barbara counties, who see the mountain as part of their homeland and an integral aspect of their history and heritage.

The proposal states that this forest clearing initiative is necessary and beneficial. They claim that clearing this “dead” vegetation will prevent forest fires. However, many researchers and conservationists question this, instead advocating for other initiatives, such as building with fire-safe material, preventing development in at-risk areas and constructing safe areas next to homes.

These methods have been proven to be more effective. For instance, the Bren School of Environmental Science & Management at UCSB responded to the disastrous 2017 fires with procedures that included adding fire-safe material to current homes, supporting an alternative and viable future and ridding communities of existing encouragement to occupy fire-hazard zones.

A write-up by the many organizations opposing the project, including the Los Padres ForestWatch, the Center for Biological Diversity and the John Muir Project, states that the project fails to review the best research and also lists no specific goals for the plan. These groups cite their issues with the project and also propose better and more effective tactics in preserving and protecting the forest.

Instead, citizens took to the internet in frustration, generating tens of thousands of comments, overwhelmingly in opposition. The commenters range from civilians to protest organizers to professors — all backing the cause. For instance, the UCSB Climbing Team took to Instagram to show their objection to the logging plan.

Island View Outfitters, a clothing and accessory company run by UCSB alumni, has merchandise that reads “Save Pine Mountain” and “Protect Pine Mountain Ridge.” Proceeds are donated to the Los Padres ForestWatch, a long-standing nonprofit organization that aims to preserve and protect the Los Padres National Forest.

Further south, in Ventura and Ojai, local politicians have wielded their own leverage. Earlier in October, the Ventura County Board of Supervisors voted 4-1 in opposition of the logging project in Pine Mountain. The week after, the Ojai City Council voted unanimously to officially oppose the project.

Despite overwhelming public opposition, the U.S. Forest Service insists that it will continue with the logging project in Pine Mountain. Nearby, more projects are slated to commence, such as a logging proposal that threatens 1,600 acres of land in Mount Pinos.