On the second day of pickets, students and faculty alike joined lecturers in demanding a better contract from the University of California. Organized by the University Council-American Federation of Teachers — the union representing non-tenure-track teachers and librarians — the picket served as a means to educate the broader public about the reality of being a UC lecturer.

Most lecturers’ contracts are yearly or quarterly with a median annual salary of $19,067, and many lecturers have voiced concerns about job security and pay as a result. 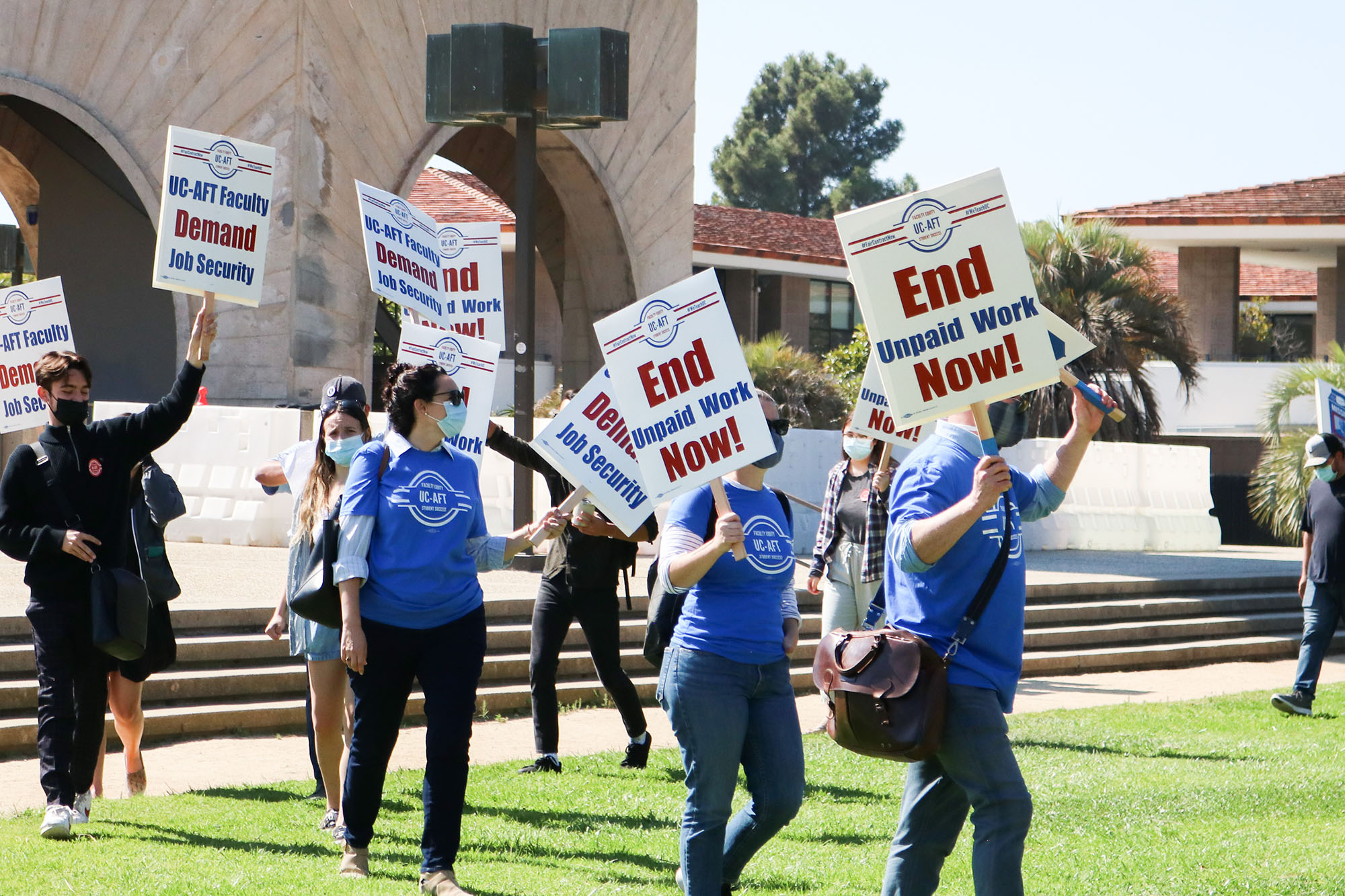 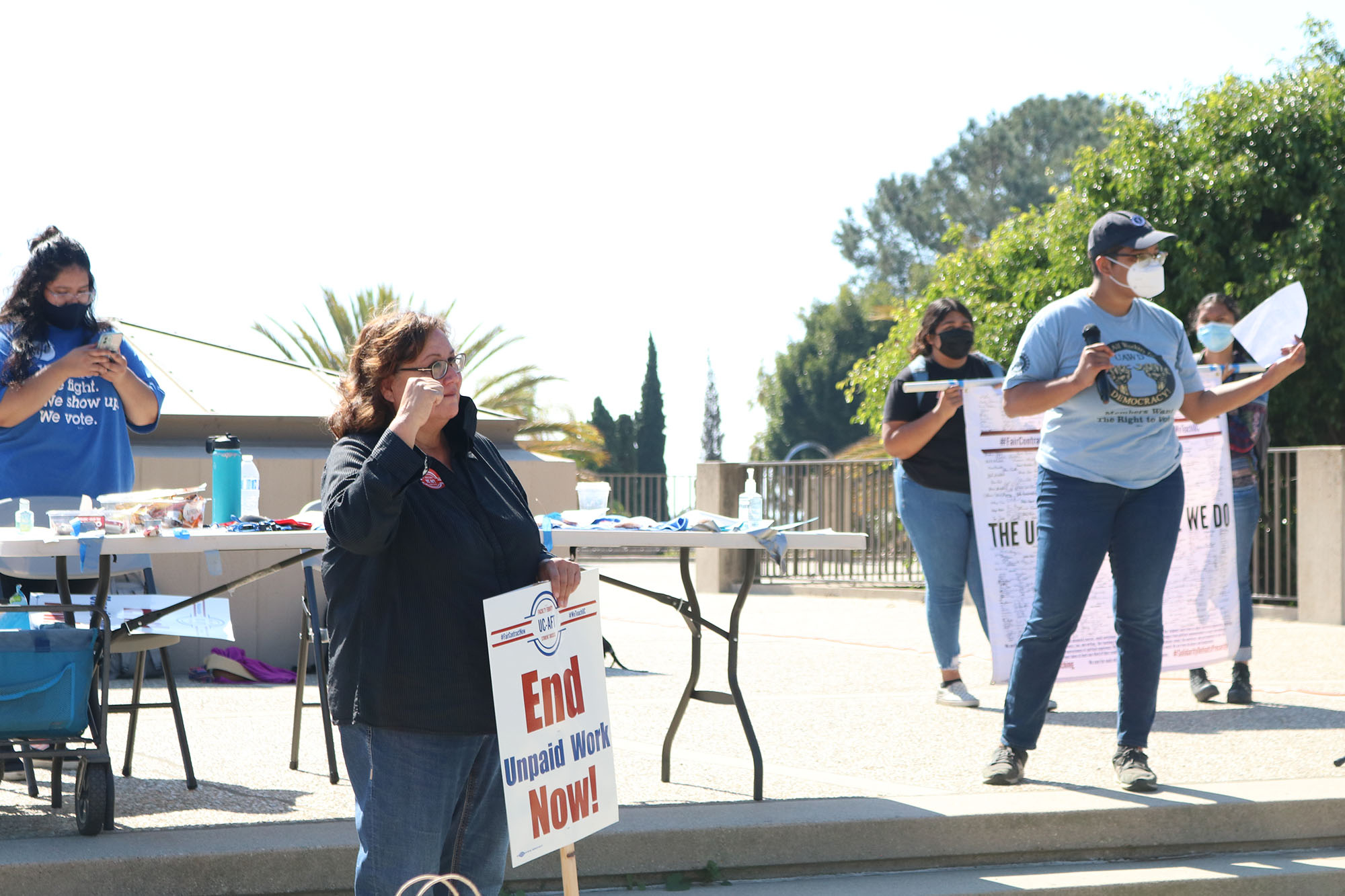 Santa Barbara Mayor Cathy Murillo appeared on campus in a show of support for the union. In a statement to the Daily Nexus, Murillo described herself as “a pro-labor elected official,” adding that she tries to “stand with any labor unions that are struggling with their contract.” (Mark Alfred / Daily Nexus) 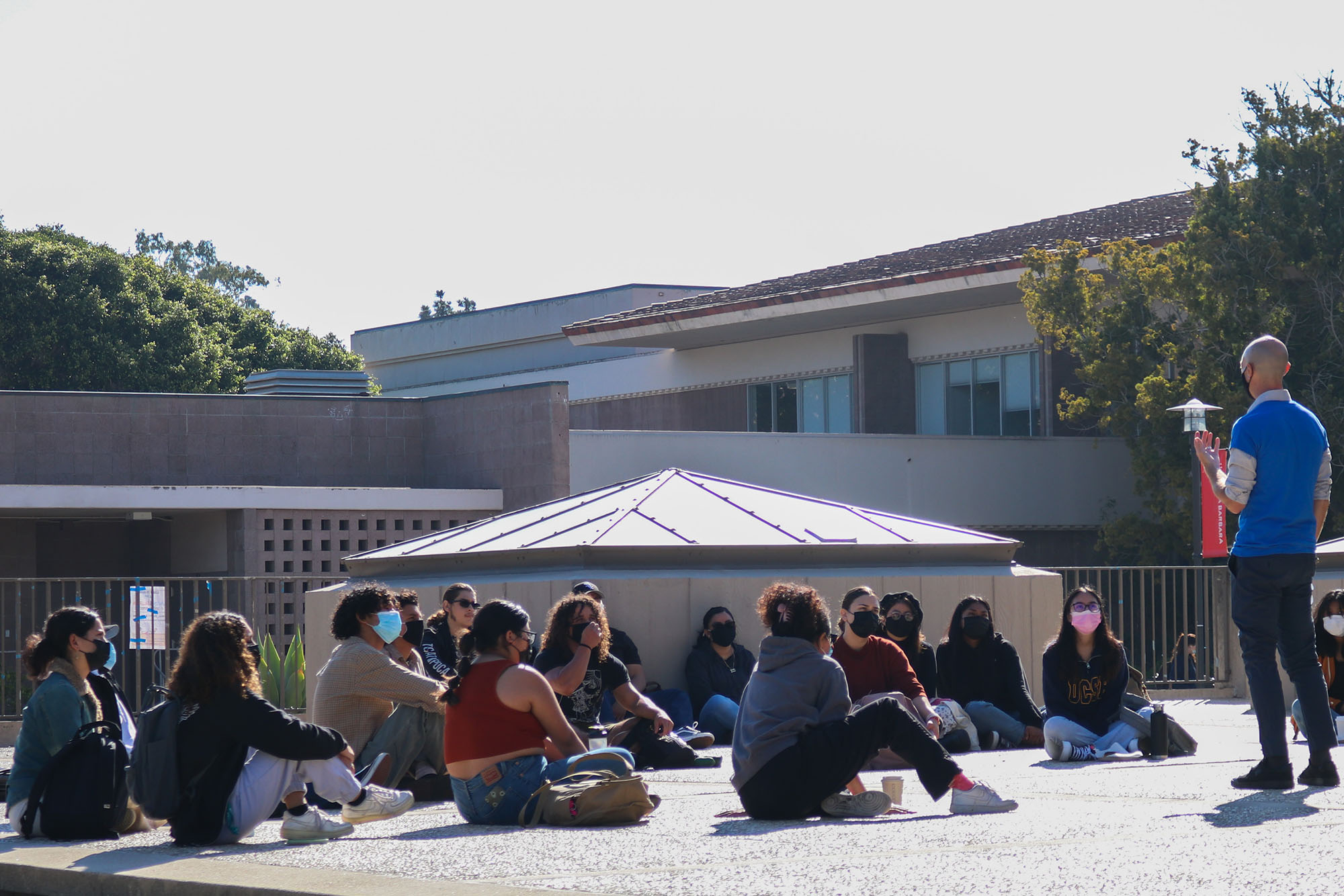 Lecturer Chase Hobbs-Morgan recounted some of his own hardships as a lecturer to students under Storke Tower. (Mark Alfred / Daily Nexus) 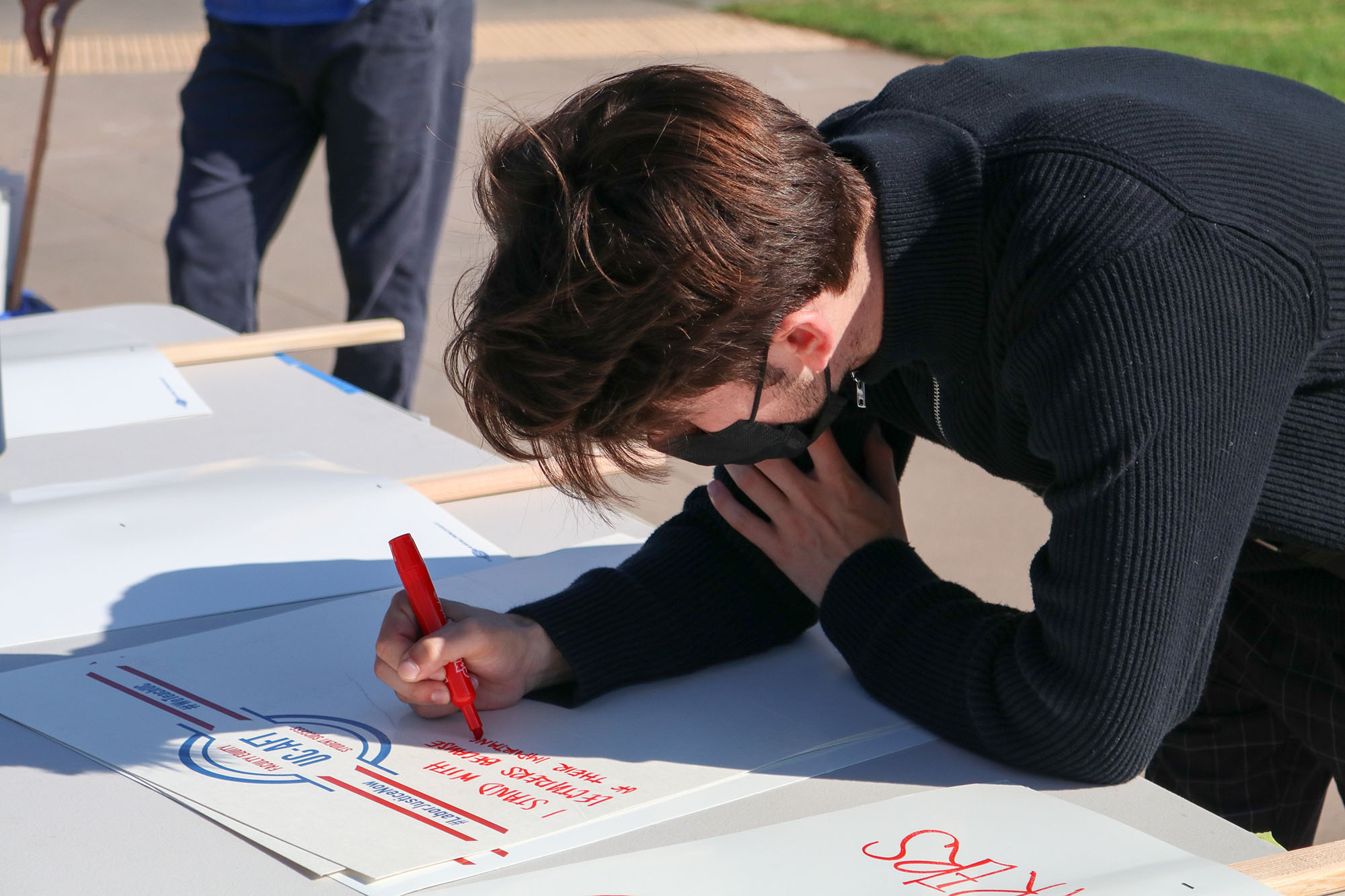 One student created their own picket sign at the UC-AFT’s table. (Mark Alfred / Daily Nexus) 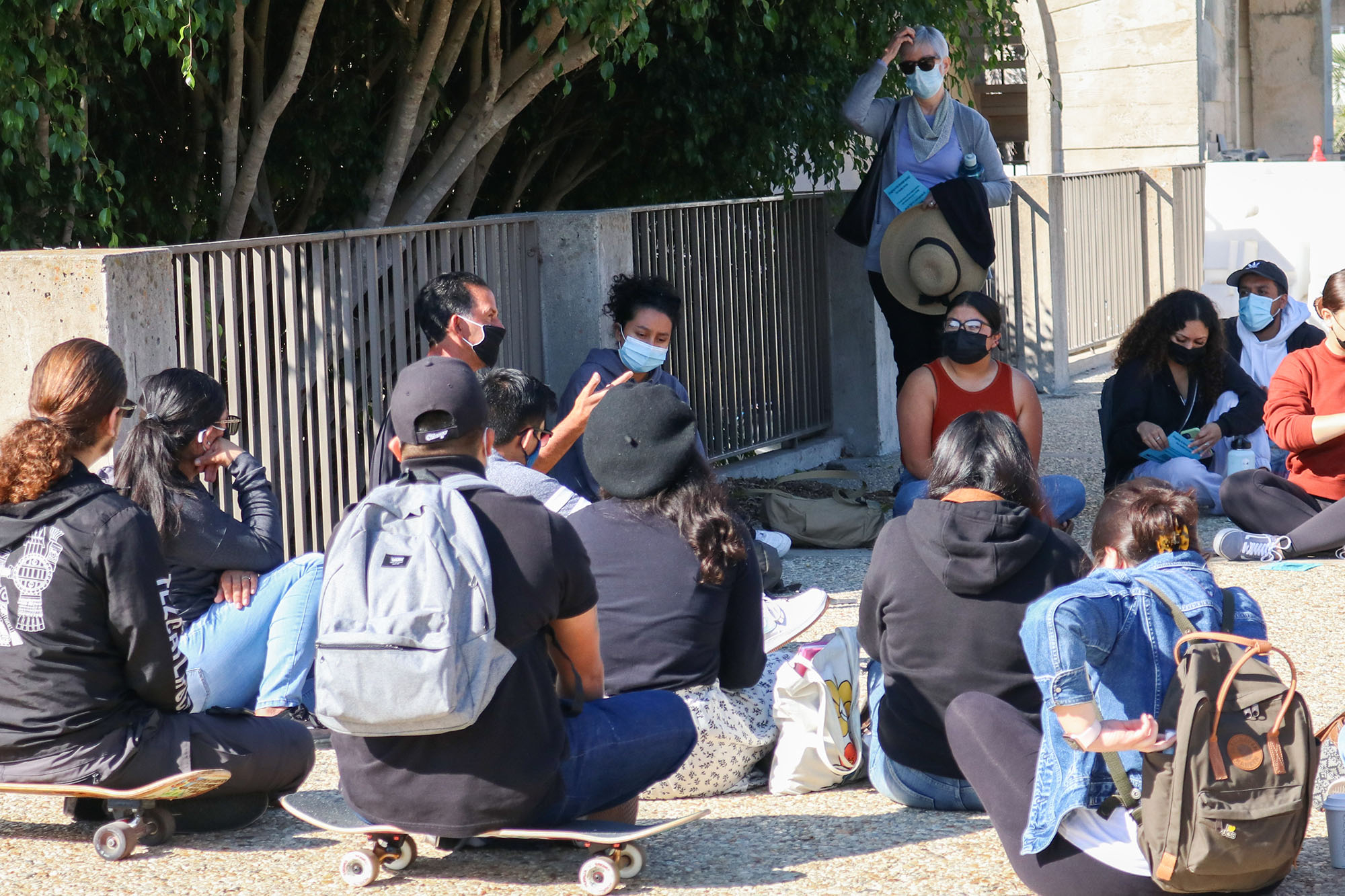 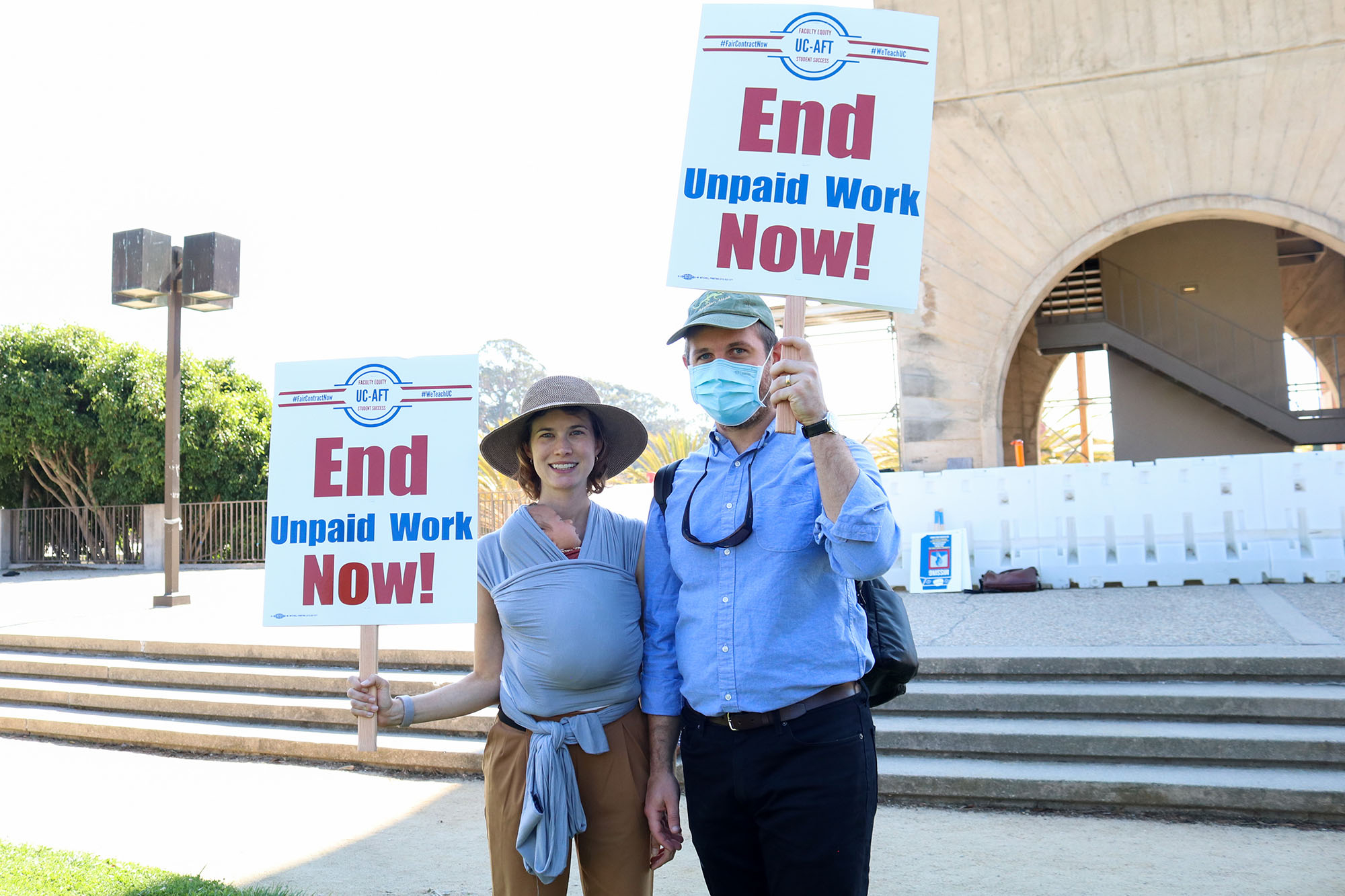 Lecturer Branden Adams and his wife Amanda picket with their newborn son Mark. Adams decried the university’s lack of response to lecturers’ struggles such as low pay and a lack of assistance through the pandemic. (Mark Alfred / Daily Nexus) 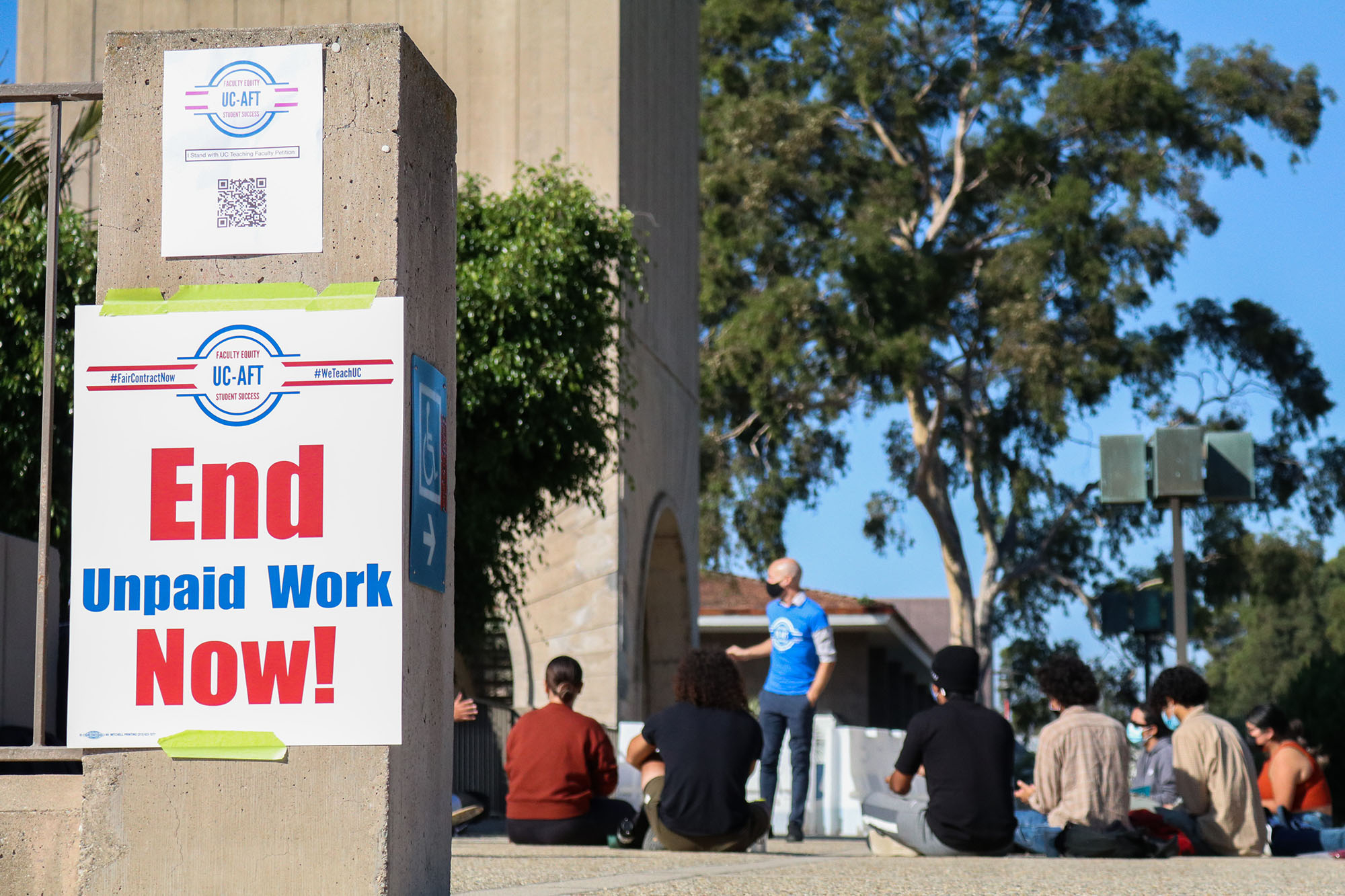 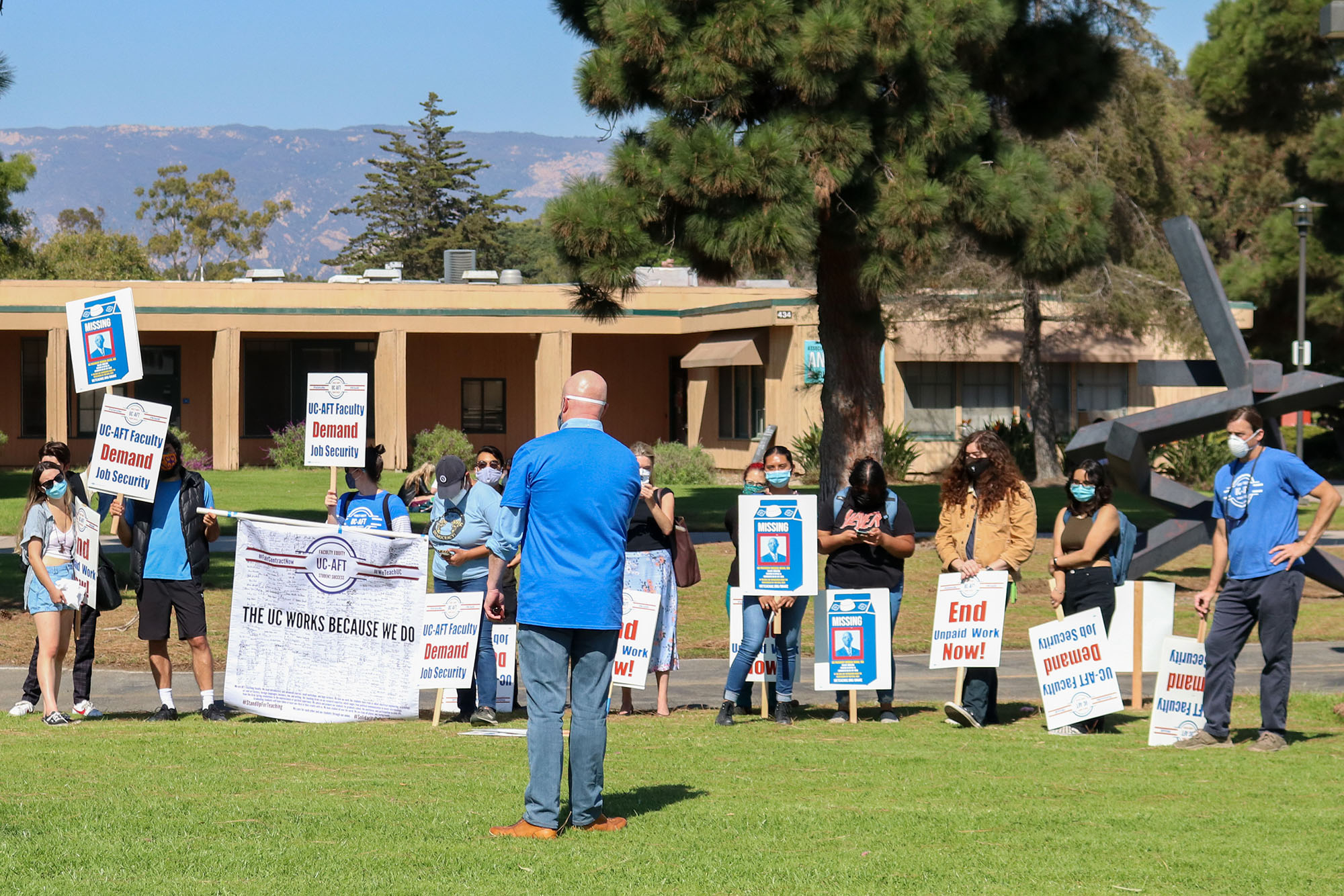 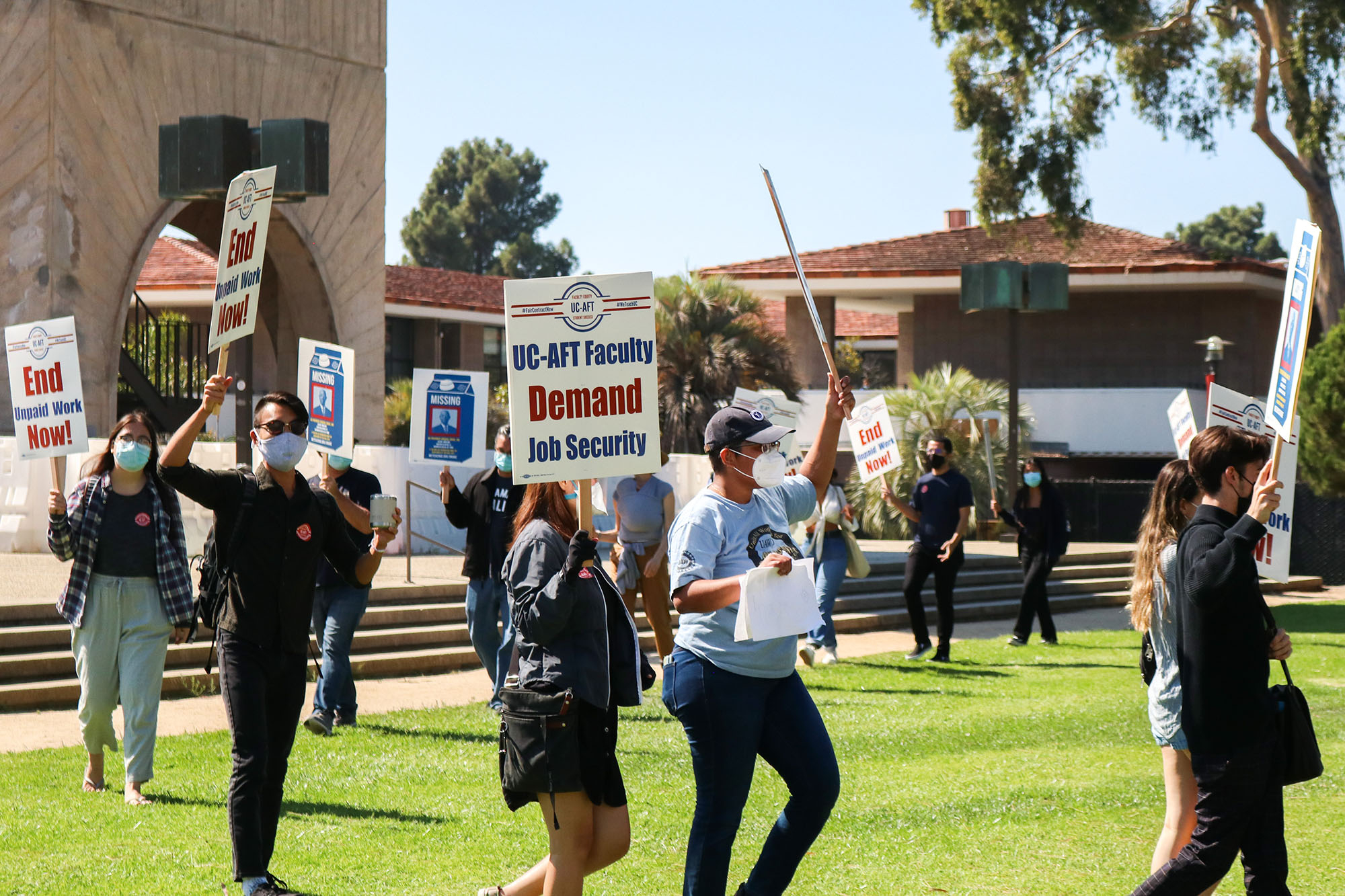