The Daily Nexus
Science & Tech
Mathematics Professor Xin Zhou Invited To Speak at International Congress of Mathematicians
October 8, 2021 at 6:00 am by Devanshi Tomar

In light of several achievements and contributions to the field of mathematics, Xin Zhou, an associate professor of mathematics, is invited to speak at the International Congress of Mathematicians next year in Saint Petersburg, Russia. 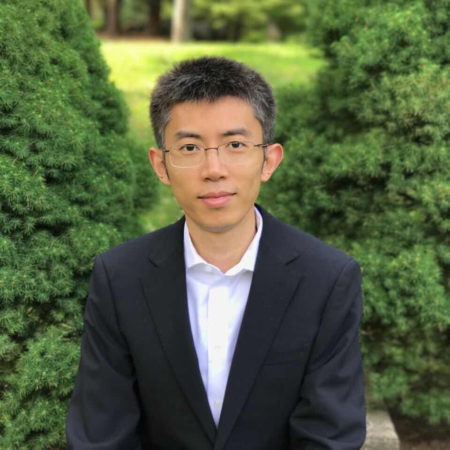 “I feel very honored to be invited,” Zhou said. “It is a big recognition of my recent research work.”

Zhou cites his systematic works on the global variational theory of constant mean curvature surfaces and his proof of the “Multiplicity One Conjecture” of minimal surfaces as what led to his appointment as a speaker at ICM.

Essentially, Zhou’s work aims to better understand how surfaces work in our universe, be it the curvature of a soap bubble or the surface of a black hole.

Because of his extensive research in this subject matter, Zhou plans for the main context of his talk to be about minimal surfaces and variational problems.

Speakers at ICM are selected by a committee that relies on input from several sectional selection panels. An invitation to give a lecture at ICM as a speaker is considered to be highly prestigious, according to the ICM website. Speakers like Zhou are selected based on their impact on current research trends, as well as their ability to develop and point to future progress in the diverse field of mathematics.

As for what he is looking forward to most at this congregation of mathematicians, Zhou said it is not his talk he looks most forward to, but that of others.

“I look forward to meeting colleagues, and sitting in on their lectures,” Zhou said.

According to the IMU website, the ICM is considered to be “the most influential meeting in pure and applied mathematics, as well as one of the world’s oldest scientific congresses.”

Zhou joined UC Santa Barbara in 2016, where he said most of his important research work was done when he was an assistant professor in the Department of Mathematics.

“I would like to express my gratitude to my colleagues, especially to Professor Guofang Wei, for their support,” Zhou said.