However, an equally important, but often-overlooked factor impacting marine life across the world is the gradual, yet imperceptible and potentially catastrophic phenomenon of oceanic deoxygenation.

Just like terrestrial animals, fish and other marine animals require the dissolved oxygen found in water to survive and can suffocate without it. While many species are able to endure a range of oxygen levels in their habitat, climate change is driving many fish to live in conditions that are increasingly intolerable. For some species, survival means fleeing to places that lie outside the bounds of their natural habitat.

“One thing climate change is doing is it’s causing these tongues of water with very little oxygen to creep up shallower and shallower along the seafloor in California,” said Milton Love, a research biologist with the UC Santa Barbara Marine Science Institute.

Love has studied various rock reefs throughout the Santa Barbara Channel for much of his career. In 1995, Love began conducting monitoring on reefs as part of a federally funded long-term research project. Originally, the project intended to examine how oil platforms, such as those visible from Isla Vista along the Santa Barbara Channel, may serve as fish habitat. 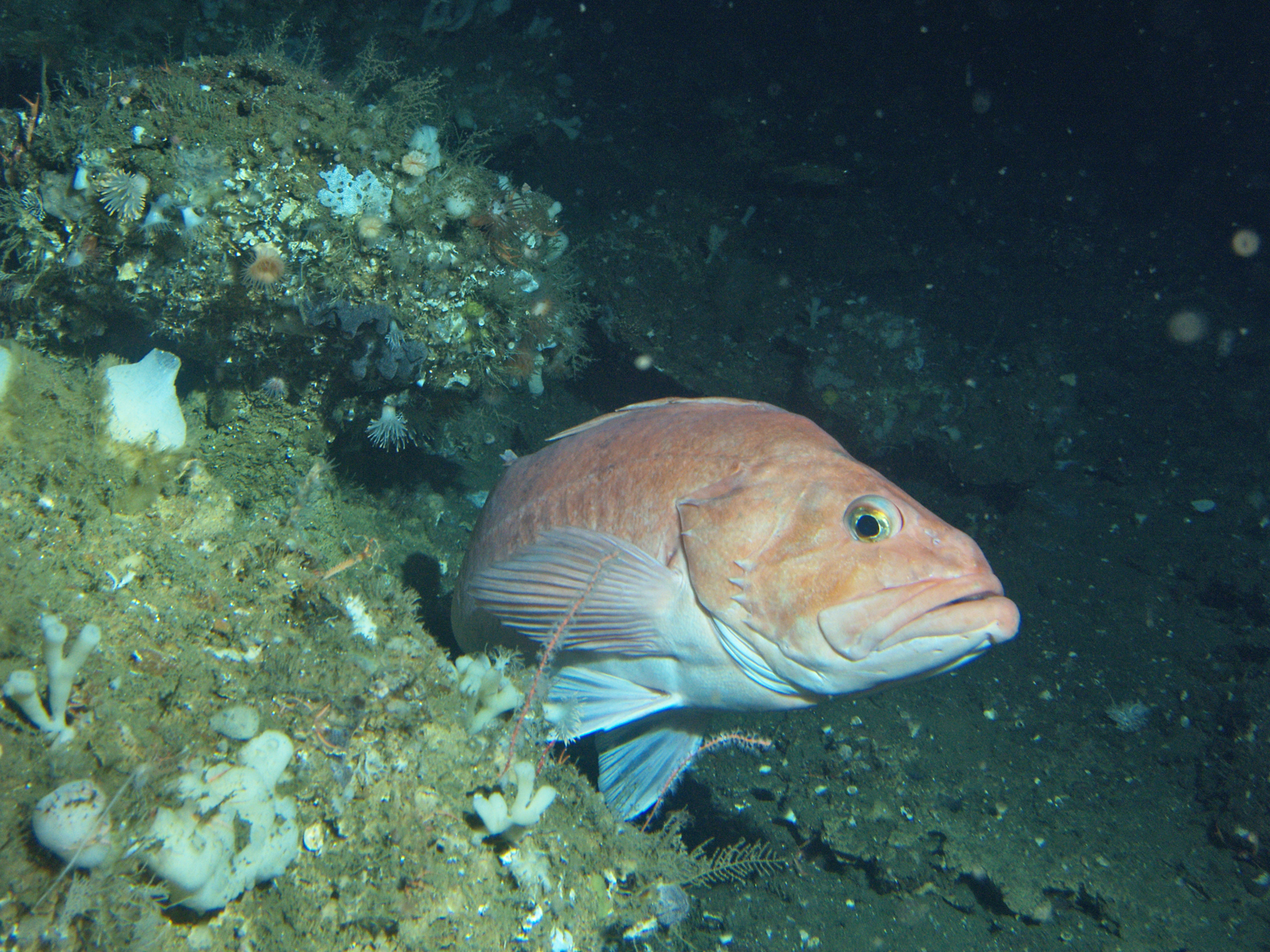 In a rock reef in the Santa Barbara Channel, a cowcod (Sebastes levis) emerges from the seafloor to look at a manned submarine. Courtesy of Milton Love

In order to answer this question, the researchers turned to rock reefs in surrounding areas near the oil platforms to better understand marine life in the region.

“We did these surveys around lots of oil platforms off California, but if you don’t know what lives on natural reefs, you only know part of the story. We had to go and look at natural reefs for a frame of reference,” Love said.

In 2010, Love encountered a paper which posited that low oxygen levels would cause fish to move to shallow waters within or even beyond their habitat.

“What’s going to happen to reef fishes that like oxygen, what are they going to do? Well, I guess they could just sit there and die, but probably, according to this paper, they will move to get out of the way of all this bad water by going shallower and shallower.”

Erin L. Meyer-Gutbrod, the lead author of the study who worked with Love as a postdoctoral researcher — and is now an assistant professor at the University of South Carolina — wanted to put that idea to the test with real data.

Rising temperatures cause declines in oxygen for a couple of reasons. For one, warmer water by nature holds less oxygen. In addition, warm temperatures result in stratification between cold deep water and warm shallow water. This is problematic, according to Love, because the main source of dissolved oxygen in the ocean comes from atmospheric mixing at the sea surface and stratification keeps oxygen from mixing further down.

Over the last 60 years, the upper reaches of the Northeast Pacific, a region that includes the California coast, has lost 15% of its oxygen. In specific regions of the Santa Barbara Channel that Love and his collaborators have been studying, they have observed declines in oxygen everywhere.

From 1995 to 2009, dozens of visual fish surveys were performed at a number of the rock reef sites around the Channel Islands. However, only a select few were repeatedly visited and monitored over an extended period of time. Of these, only three were included in the current study.

These sites, named Anacapa Passage, Footprint and Piggy Bank are, in one way or another, representative of a broad variety of the marine habitat found near reefs, with varying seascapes, topography, size and species composition.

Different from both of them is the Piggy Bank, the deepest site, at 300 meters of depth on average, with a summit crowned by boulder fields and slopes that descend into the mud.

The researchers looked at 60 different species of reef fish, such as California sheephead, copper rockfish and blue rockfish, and found that of the 23 types of fish which moved to different depths along the seafloor, a vast majority of fish types (19 in total) moved upwards to shallower water, while only four species moved deeper over the same period.

“Now what’s intellectually interesting to me is, well, the data ended in 2009. Did the process continue? It’s been 11 years. I’d love to get some money and go back and revisit these sites,” Love said.