With the dust settling from Lionel Messi’s historic transfer from his boyhood club, Barcelona, to nine-time French champions Paris Saint-Germain, it is likely that many are starting to come to terms with the reality that was the Summer 2021 transfer window. Though, it probably wasn’t easy. 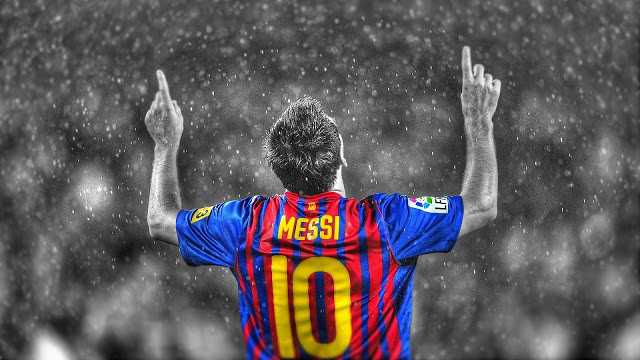 Messi is such a household name in sports that those unfamiliar with the world of soccer will still recognize the name and the club associated with him for 18 years. News of his transfer likely stunned those with even the faintest of recognition.

He was, in the minds of many, a one-club player and undoubtedly loyal to the club that transformed him into one of the best players of all time. However, in December 2020, he expressed dissatisfaction with Barcelona and looked for an exit while also starting the rumors of a possible move to Paris Saint-Germain (PSG).

“I’m eternally grateful to the club for everything but it felt like a cycle had ended and I needed a change,” Messi said in the Barcelona press conference.

Despite his unhappiness with the club management and desires for something new, Messi’s loyalty to Barcelona remained strong, and he told the Barcelona fans he “did everything” in order to stay at Barcelona.

Messi hit the market as a free agent and though a reunion with former Barcelona manager Pep Guardiola at Manchester City was favored, Messi seemed more interested in returning to play with former Barcelona teammate, Neymar. PSG landed Messi on a free transfer for a two-year contract at $29.4 million each year after tax with another $29.4 sign-on bonus.

Messi was not the only quality player that PSG was able to sign on a free transfer. Other notable free agents include Real Madrid and Spain’s talisman Sergio Ramos, Liverpool’s Georginio Wijnaldum and European Championship goalkeeper Gianluigi Donnarumma.

Ramos, like Messi, is a legend of his former club and will offer tight defending with strong goal-scoring capabilities, more so than most other players positioned in the back line. Ramos became La Liga’s top scoring defender in the Champions League’s history in June 2020. Messi and Ramos have a complicated past due to the rivalry between Barcelona and Real Madrid, so the new dynamic should be an interesting one.

Wijnaldum was crucial in Liverpool’s Champions League and Premier League title wins as a facilitator in the central midfielder and will offer some great depth to the squad alongside mainstays like Marco Verratti and Héctor Herrera.

Donnarumma was A.C. Milan’s wall in the net, earning 71 clean sheets in his seven seasons there. He was also part of the Italian 2020 European Champions and was named Best Goalkeeper of the Competition and Player of the Tournament.

Wijnaldum has already made his debut for the French champions in Matchweek 1 of Ligue 1, helping them to a 3-0 start to the season. It is still unknown as to when Messi, Ramos or Donnarumma will make their starts at the time of writing, but the Aug. 29 match against Reims is a likely candidate.