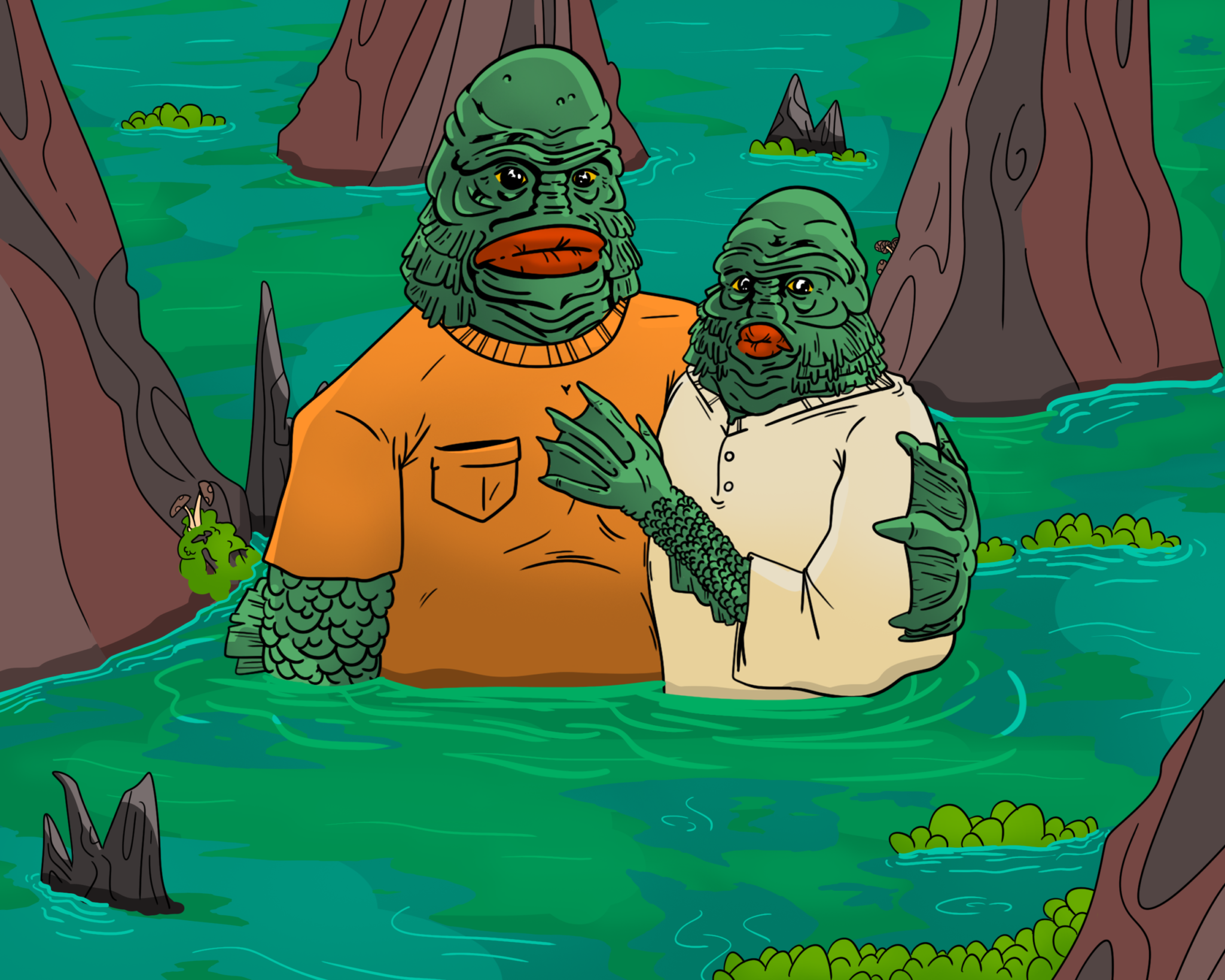 Notwithstanding that UC Santa Barbara’s lagoon resident Swamp Yang is a full-fledged adult, his parents, Mr. and Mrs. Yang, wish that he’d call home more often. If Mrs. Yang doesn’t receive a phone call from her son soon, she’ll assume the worst: Her son has made his debut on DLG’s exquisite menu. As for Mr. Yang — well, let’s just say he would appreciate a fellow fish to keep him company.

The Yangs have yet to receive any form of communication or sign from their cryptid son since his last sighting two decades ago. Maybe Swamp Yang is a coy fish? Or perhaps there’s a more pernicious reason as to why he prefers the tenebrous depths of the lagoon over the craftsman-style Yang household. To get the full story, this Nexustenialism reporter interviewed the lagoon monster’s parents, diving into the family dynamics of our favorite aquatic specimen.

At the mention of her currently missing-in-action son, Mrs. Yang scoffed, “He just doesn’t have the decency to check in every once in a while for my sake. No calls, no nothing — it’s as if he doesn’t exist!” After a brief pause, Mrs. Yang frowned disheartedly, “I never would’ve thought that the chances of me seeing Bigfoot and my own son would be equal.” Mr. Yang swished his fins in agreement. This Nexustenialism reporter nodded solemnly, watching Mr. Yang nibbling on some rainbow fish food from the corner of her eye.

As much as it pains her to admit it, Mrs. Yang is under the assumption that her son left the comfort of his childhood home to escape his dad’s overbearing judgement. She recalls several occasions in which the household would erupt in one-sided arguments over trivial matters.

“He assumed that he wasn’t good enough for his dad to talk to him, but that’s not the case at all,” she remarked staunchly. “His dad is just …” She paused for a minute, taking care to procure mild-mannered words to describe her spouse “… difficult to talk to sometimes. But he’s not a bad father!” Mr. Yang vacantly stared outside of his tank; the sound of his tank filter supplanted the unbearable silence.

While Mr. and Mrs. Yang continue to wait for a good morning text from their son, this reporter suggests you, for the sake of your parents’ well-being, try to call home every once in a while.

H.L. Adams is currently wishing that she had a room with a lagoon view.