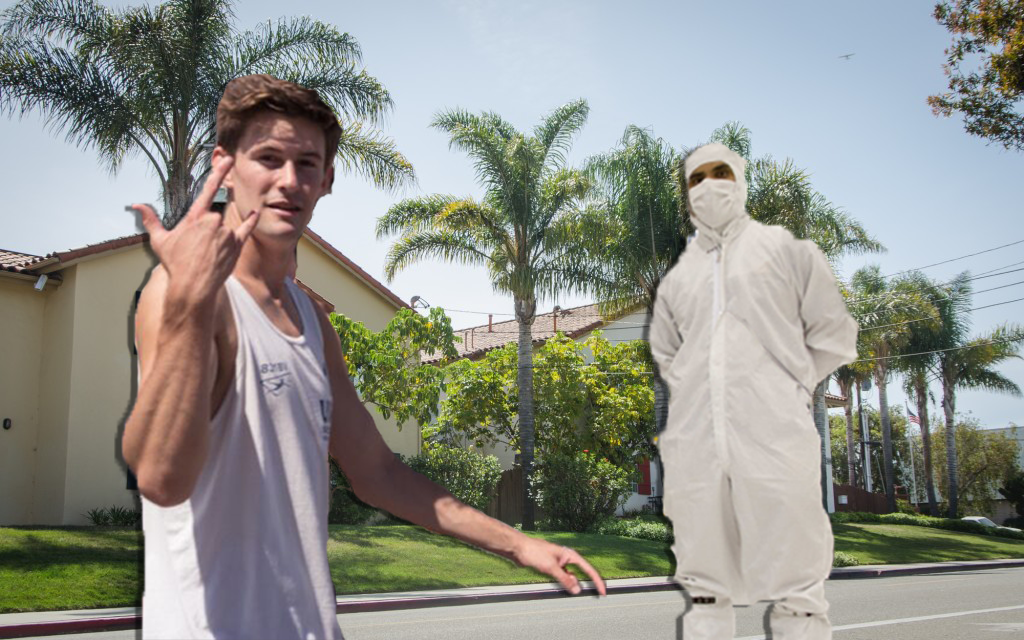 Warnings, panic and general hubbub about the new Delta strain of COVID-19 have been dominating the news cycle over the past few weeks. Envious of all the attention showered on Delta, local Zeta Beta Tau brother Chad Brohanski took it upon himself to bring his local, small-town fraternity chapter into the national spotlight. Brohanski has been spending the last three weeks attempting to cultivate a novel “Zeta” strain of COVID-19. When asked why on God’s green earth he would do such a thing, Brohanski responded,

“You know, I just couldn’t stand hearing more and more about this Delta thing, bro. For weeks, it was fuckin’ Delta this, Delta that — it was driving me crazy man. I kept hearing this shit, and, you know, a man’s got a limit. I knew I had to do something about it. The only way I could possibly drown out the garbage was by building an even better strain of the virus — more contagious, more lethal — that would get people talking about Zeta, dude. So, you know, I just started stroking my Storke into some Petri dishes and seeing what would happen, you know?”

Isla Vista’s Greek community was shocked — shocked, I tell you — to hear that Brohanski could get caught doing such a reprehensible thing. Nexustentialism’s Greek life reporter, Vassilis Koutroulakis, was unable to find a representative of the Greek community who could comment on the matter but wanted to inform the reader that Greece’s borders are once again open for international travel and that there is nothing quite like sipping a tsipouro with the feeling of the Mediterranean breeze on one’s face.

Editor’s note: After Nexustentialism’s initial publication of this story, Senator Rand Paul informed our offices that he would immediately open an inquiry into the National Institutes of Health and any involvement they may have had in Brohanski’s gain-of-function research. We called Dr. Anthony Fauci for comment, but he could not be reached, as he was reportedly opening for Olivia Rodrigo.

Varun Iyer feels bad about writing this article because all of the fraternity brothers he knows are upstanding young gentlemen.