The Daily Nexus
Film & TV
Announcement of “Deltopia” Film Is Met With Community Backlash
July 25, 2021 at 8:05 pm by Marisol Cruz

When the news broke that the film “Deltopia” was set to release, a flurry of responses poured out on social media platforms. Described as a coming-of-age drama that is “loosely based on real events from the actual Deltopia,” the film follows a group of high school students who travel to Santa Barbara after finishing their last day of high school to attend the unsanctioned party. 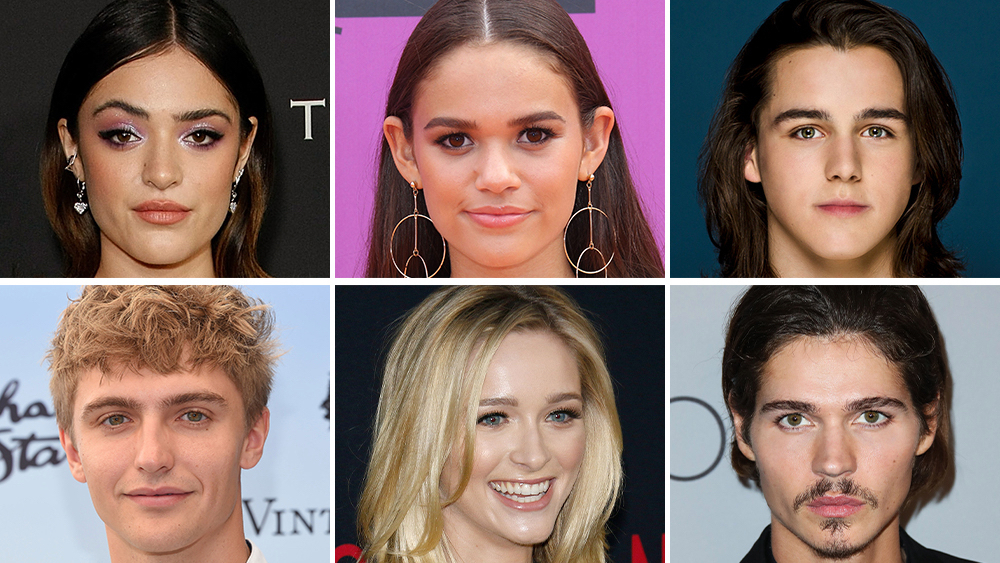 Cast of the Deltopia film. Courtesy of Deadline

Olivia Newton-John — most known for her role as Sandy in the movie musical “Grease” — is one of the prominent names rumored to executive produce the project, which is directed by Michael Easterling and Jaala Ruffman. The directors have briefly touched on their vision for the film, stating that “Bringing the teen experience to life as honest as possible is very important to us … Teenage rebellion is our driving force in the film, with kids uniting against ‘The Man’ and against authority.”

The opinions of actual UC Santa Barbara students and I.V. community members, however, have undermined the directors’ “as honest as possible” approach, as the film has been met with jabbing responses mocking the concept and even an open letter from I.V. community leaders addressing serious concerns about the implications of the rowdy portrayal of I.V.

No film crews were seen around I.V. as the film was shot in Malibu, a fact that prompted some Twitter users to quip about the stark contrast between I.V. and the affluent Los Angeles city, with one user remarking, “the deltopia movie is gonna be filmed in malibu?? anyone going to ucsb after watching the movie is gonna be disappointed.”

One UCSB alum shared with the Nexus that after discussing the film with roommates, they “feel like it’s just going to be some romanticization of [Deltopia] that’s going to bring more people to I.V. and keep making UCSB students look like all we do is party.”

Among the banter on social media, there were also those drawing attention to the insensitivity of such a chaotic portrayal of I.V. and UCSB, especially as the film appears to be referencing 2014’s Deltopia in particular. Posts on the Deltopia Instagram highlights, such as a “party like it’s 2014” story post, further confirm the basis of the plot.

During Deltopia in 2014, civil unrest broke out between law enforcement and a crowd of residents and out-of-towners. Tear gas and rubber bullets were used against the crowd, with the event ending in hospitalizations and arrests, and only a few weeks later, the deadly I.V. shootings occurred.

UCSB Assistant Vice Chancellor and Dean of Student Life Katya Armistead has shared some of her thoughts regarding the film, stating that, “As an alumna and staff member who responded to the explosive event, I am disappointed and frustrated that this film is being released.”

Armistead went on to highlight the community and students’ efforts to come together and forge change after those pivotal moments in 2014. The formation of I.V.’s local government, the Isla Vista Community Services District (IVCSD), also arose from the tragedy.

Armistead added that “the film will miss these and the many other amazing efforts of our community to re-create a vibrant and Beloved Community … The 2013-14 academic year was a challenging and pivotal time for us and we have grown so much. I would hate for this film to diminish and tarnish what we have accomplished.”

This sentiment has not been lost on the community leaders of I.V. In a Facebook post, Jonathan Abboud — former A.S. President from 2013-14 and current IVCSD general manager — combated the exploitation “of a community during its darkest year, without any connection to it or way to give back.”

Soon after, IVCSD President Spencer Brandt and Vice President Catherine Flaherty co-authored an open letter on the Deltopia movie that was shared on their respective social media accounts. The letter — addressed to the directors, producers and cast of the movie — takes a stance against the film, stating, “This film will have a deleterious effect on our efforts, and open the door to more out-of-towners, heavier police enforcement, unhealthy behavior, and set a poor example for our youth.”

During their regularly scheduled board meeting on July 13, the IVCSD directors discussed a motion to send the letter of opposition to the film’s production team. By the time of the meeting, 492 people had signed Brandt and Flaherty’s letter. Introducing the item on the agenda, Flaherty provided a brief overview of the film and the letter, sharing, “We hope that this letter will help us reclaim this narrative.”

Brandt added that “it’s hard to not see the parallels between this and the film that was made a number of years ago glorifying and celebrating the mass killing that occurred within our community. I don’t know what Hollywood’s obsession with Isla Vista and our community’s collective trauma and grief is, but if any of them are out there listening, I think they should back off. It’s not right to exploit our community for profit.”

After the introduction, the floor was opened to public comments, and some community members shared their support for the letter and their experiences with a lack of safety around out-of-towners during past Deltopias.

Following the public comments, IVCSD Director Jay Freeman raised an issue with the motion, highlighting the lack of available sources that discuss the film’s plot. He raised the idea that the plot may demonstrate that 2014’s Deltopia was a poor experience rather than portray a glorified bacchanal. He also mentioned that the film is not “big production” and possibly will not be as influential as many believe it will be. While he “appreciate[d] concerns about what this movie may end up being, [he didn’t] think this is the right way to go about this.”

Abboud has shared a call to action with the Nexus to those who are opposed to the film: “This movie is blatantly exploiting Isla Vista, glorifying a party scene to high school students and misrepresenting our community. It needs to be rewritten heavily to not include Isla Vista or Deltopia. Everyone who supports Isla Vista should sign the open letter and oppose this movie as it currently stands.”

Fascism is alive within the UCSB administration. The last bastion for hard right neo conservative pseudo-fascism is the Admin building. As a lifelong member of the Santa Barbara Community, I would like to point out some simple facts. Firstly Deltopia was not a unique development but an evolution or rather a de-evolution of the existing IV scene. The name Deloptia was modified from Floatopia, the renegade floatilla festival which claimed much havoc. Jim Morrison of the Doors wrote his “Crystal Ship” about Platform Holley while dosed at the old Cole Family Beach House (Jailhouse / Graffitti house). Isla Vista was… Read more »

Clearly you don’t live here and definitely missed out on 2014. Floatopia was a disgusting “poop in the ocean” event. Not sure what haze you are devolving “city hood” from. Never happened. IV was and is part of Santa Barbara County. Period. Sure the fraternities are a problem but 40K people showing up for mega parties and crapping all over IV is from outside. Again, you don’t live here.

The “beach house” was a barbecue area for the Campbell family who built the mansion that sits above.