The Daily Nexus
Music
In Review: Tyler, The Creator Has No Problem Finding Himself on “CALL ME IF YOU GET LOST”
July 7, 2021 at 9:49 am by Marisol Cruz

In early June, a billboard plastered with the words “CALL ME IF YOU GET LOST,” accompanied by a phone number, appeared in Los Angeles. Tyler, The Creator fans quickly discovered that the number led to a recorded conversation between the artist and his mother. Fans began to anticipate a new project from the multi-hyphenated creative, and in an incredibly quick album rollout, Tyler released the lead single “LUMBERJACK” and an accompanying music video only a week later. And as former Odd Future member Jasper Dolphin interjects on the track, “It’s different, it’s really different.” 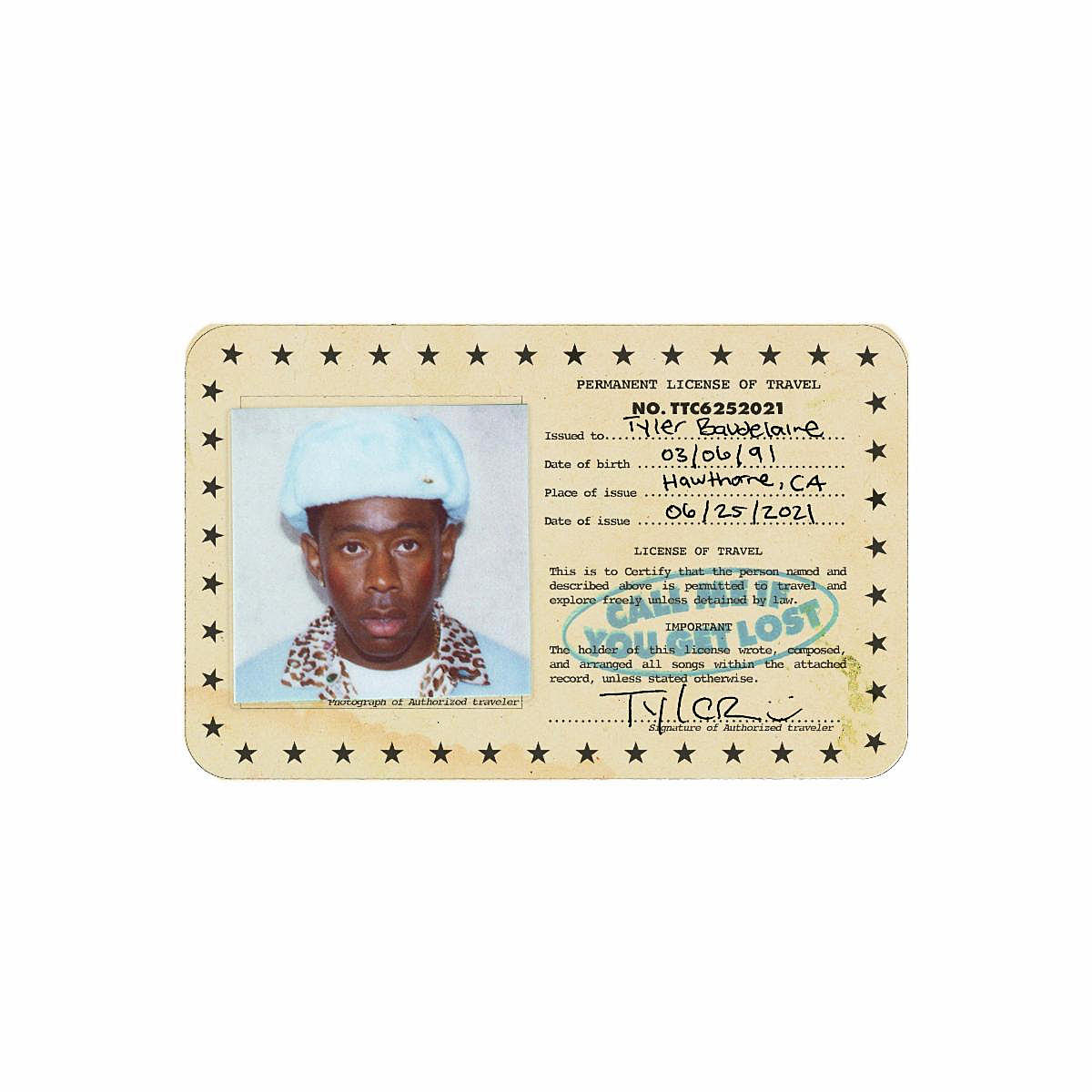 After the genre-fluid, neo-soul-infused album “IGOR” from 2019 that won Tyler his first Grammy (but was controversially pushed into the Best Rap Album category), the first taste of “CALL ME IF YOU GET LOST” with “LUMBERJACK” finds the artist rapping over a grimy and dark beat. While the track samples Gravediggaz’s “2 Cups of Blood,” it’s reminiscent of Tyler’s older releases “Cherry Bomb” and “Wolf.”

A little over a week later, “CALL ME IF YOU GET LOST” dropped on June 25. The album opens with the track “SIR BAUDELAIRE,” introducing listeners to Tyler, The Creator’s new persona for the album — Sir Tyler Baudelaire. Tyler raps over stripped-back violin instrumentals about “Travelin’ the world” with his “Passport stamped up,” tying into the album cover, a travel license.

The opening track is accompanied by hip-hop disc jockey DJ Drama, who becomes the “host DJ” for the album. DJ Drama has classic hip hop mixtapes under his belt, including “Gangsta Grillz,” which Tyler had previously expressed a desire to make a project similar to. The track ends with an airy commercial-like jingle singing “Call me if you get lost,” which recurs as a motif in further songs.

Early in the album, “WUSYANAME,” is a melodic track in which Tyler attempts to woo a girl he just met, despite finding out that she is taken. With Ty Dolla $ign lending his vocals to a captivating hook and a strong sing-rap verse from YoungBoy Never Broke Again, “WUSYANAME” endearingly sounds like a ‘90s R&B love song.

After the repetitive “RUNITUP,” the former de facto leader of Odd Future opens up in “MANIFESTO,” an introspective track featuring Domo Genesis, a past member of the collective. Once a loud-mouthed teenager rapping provocative lyrics for shock value in “Bastard” and “Goblin” to opening up about his vulnerabilities and sexuality in “Flower Boy” and “IGOR,” Tyler has undergone an intense metamorphosis. On a beat sampling Nas’s “Nazareth Savage,” Tyler ventures through his controversial past and references cancel culture, “I was canceled before canceled was with Twitter fingers (Haha) / Protestin’ outside my shows, I gave them the middle finger (Fuck ‘em).”

Tyler also alludes to the Black Lives Matter movement in the track. With some artists in the rap scene becoming increasingly vocal with their activism, Tyler asks himself, “Am I doin’ enough or not doin’ enough?,” then revealing “I feel like anything I say, dawg, I’m screwin’ shit up (Sorry) / So I just tell these black babies, they should do what they want.”

In the following highlight two-parter, “SWEET / I THOUGHT YOU WANTED TO DANCE,” the GOLF WANG founder enlists in R&B singers Brent Faiyez and Fana Hues for a saccharine track about Tyler falling head over heels for the paramour he met in “WUSYANAME.” On “SWEET” Tyler and Brent Faiyez sing smooth and romantic lines, while in “I THOUGHT YOU WANTED TO DANCE,” Hues’s airy vocals are allowed to shine as she plays the role of the lover who ultimately chooses her boyfriend over Tyler, leaving the both of them singing “I wish that we had better timing / I’ll save a dance just for you.”

“JUGGERNAUT” is a stand-out hard-hitting track featuring rapper Lil Uzi Vert along with Pharrell Williams, longtime collaborator and inspiration to Tyler. Opening with mellow rapping over hazy production, a beat switch into bass-heavy production is followed by hard flows from Tyler, Uzi carrying himself over the beat and strong bars from Pharrell.

The following eight-minute-long “WILSHIRE” is a switch-up into a vulnerable storytelling track. “WILSHIRE” delves into the main narrative of “CALL ME IF YOU GET LOST,” as Tyler confesses that the lover he is infatuated with is his friend’s girlfriend. A minimal looping beat allows for the lyricism that covers the eventual failure of both relationships to take center stage.

Tyler doesn’t want listeners to “side” with him but possibly to empathize with his vulnerability as he reveals, “I just try to keep anyone I care about in the shadows / Safe from the commentary and spotlight and thoughts / ’Cause it’s just a story for the people outside of it.”

The concluding chapter of the album, “SAFARI,” opens with lush orchestral instrumentals, building up with trumpet fanfare. The track is essentially a victory lap for the virtuoso as he spits bars about his travel adventures and accomplishments.

On his sixth studio album, Tyler manages to strike a balance and does so with self-assurance. Despite a less clear narrative with interjecting jingles and skits, the mixtape aesthetic allows for the varying styles of songs to mesh cohesively and for Tyler to cover multiple themes and reflect on the difficulty of telling the underlying storyline. “CALL ME IF YOU GET LOST” pulls from the best parts of Tyler’s past projects, entailing the experimentation and gritty beats of “Cherry Bomb” and “Wolf” and the maturity and polished production of “Flower Boy” and “IGOR.”

By the end of this album, it’s clear that Tyler has maintained his momentum and continues to push the boundaries.