The Daily Nexus
Sports
UCSB Baseball Receive a Numerous Amount of End of the Season Awards
June 20, 2021 at 9:40 am by Garret Harcourt 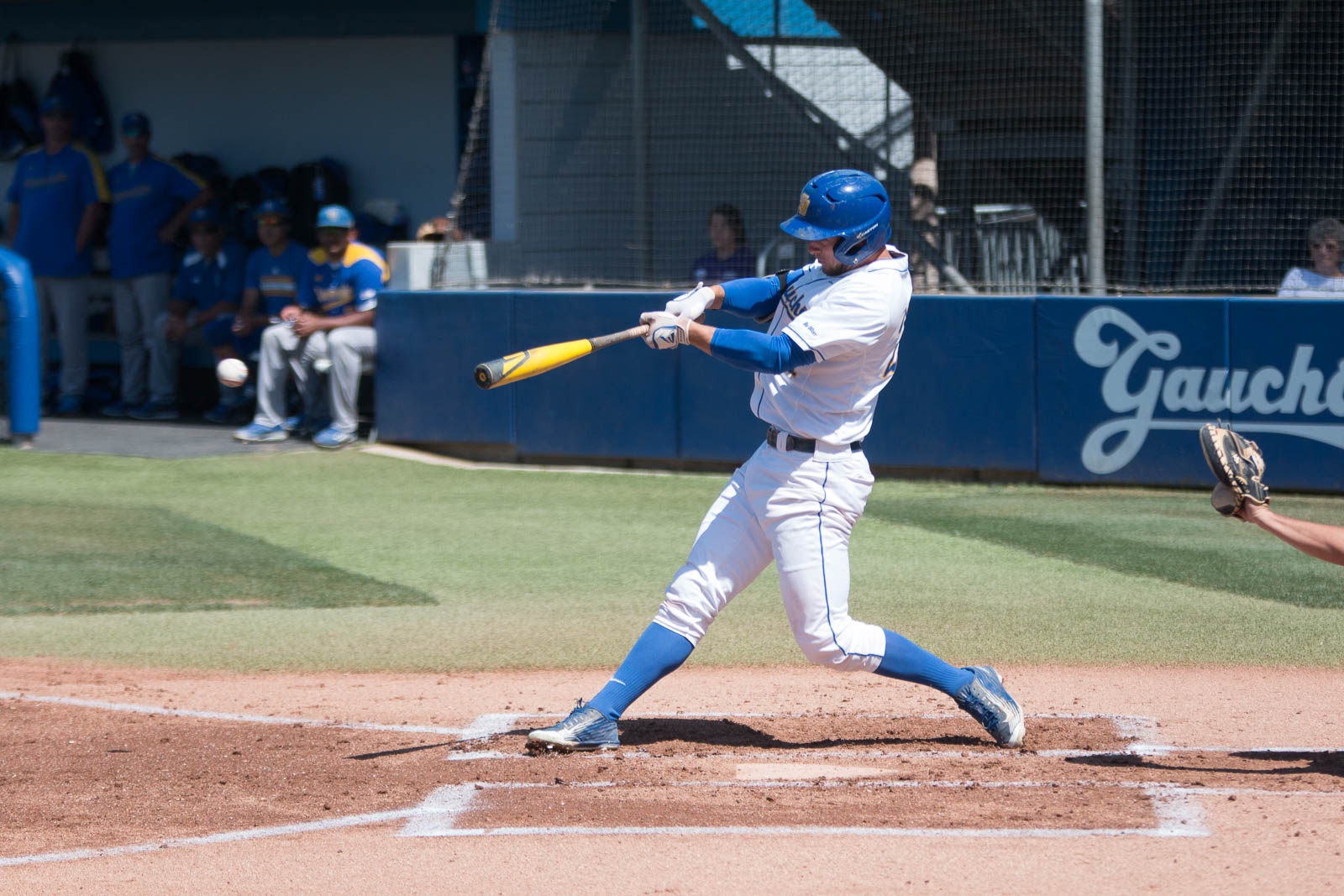 Jordan Sprinkle, the shortstop freshman, put together a standout first season for the Gauchos, leading the team in conference hits, with 62 hits, along with 7 home runs for second best on the team while swiping an 18 bases.

Zach Rodriguez had a great first season with the Gauchos putting up a team leading 40 conference RBI’s and just behind Sprinkle in hits with 58.

Carter Benbrook did an excellent job in 38.1 relief innings this year, putting up a 2.35 ERA and 5 saves in league play.

Rodney Boone, the crafty lefty, did a standout job as a starter this season posting a 12.73 strikeouts per nine innings along with a 2.66 earned run average.

Cole Cummings was a consistent force in league play drawing more walks than strikeouts and a team high .443 on base percentage.

Michael McGreevy provided the most innings in league play going 66 innings across 10 conference starts. In the 10 appearances, McGreevy allowed less hits than strikeouts and only had one loss in conference play.

Christian Kirkley provided the Gauchos with a middle of the lineup spark, putting up the fourth most runs batted in and the third most doubles in conference play with 12.

Broc Mortensen provided the power in the lineup having a team high 11 home runs while having the second most runs batted in. He also had the highest slugging percentage on the team, with a .599 slugging.

Marcos Castanon did not play many conference games for the Gauchos, but when he did, he proved to be a force in the lineup. In the 10 games he played, Marcos had a slash line of a .421 average, .477 on base percentage and a .763 slugging percentage.

Jason Willow was a solid utilityman for the Gauchos this season, putting up a .310 batting average while stealing 9 bases in conference play.

Cory Lewis had a great first season for the Gauchos, posting a 3.88 earned run average, having 5 wins, getting a 9.79 strikeouts per nine innings and walking only 21 batters in 53.1 innings.

Overall, the Gauchos had a memorable season that came up short but have plenty to build upon next season. With 11 all conference players, and most being freshman or sophomores it is easy to see the future within the program. With freshman standouts like Sprinkle, Rodriguez and Lewis just to name a few, the Gauchos should be in good shape for the coming years.