The Daily Nexus
Music
In Review: Olivia Rodrigo’s “SOUR” Rejects the Sweetness of Teenagehood
May 30, 2021 at 8:00 pm by Aileen Pulchny

Olivia Rodrigo’s debut album begins with a beautifully melancholic violin harmony, evoking the heartbroken sentiments of her hit single “drivers license.” But this lasts for about 14 seconds before the opening song “brutal” sucker-punches listeners in the face with the emergence of fiery guitar strums and drums that complement the angst of Rodrigo’s distorted vocals. With the lyric “where’s my fucking teenage dream,” Rodrigo abandons any romantic notions of youth. 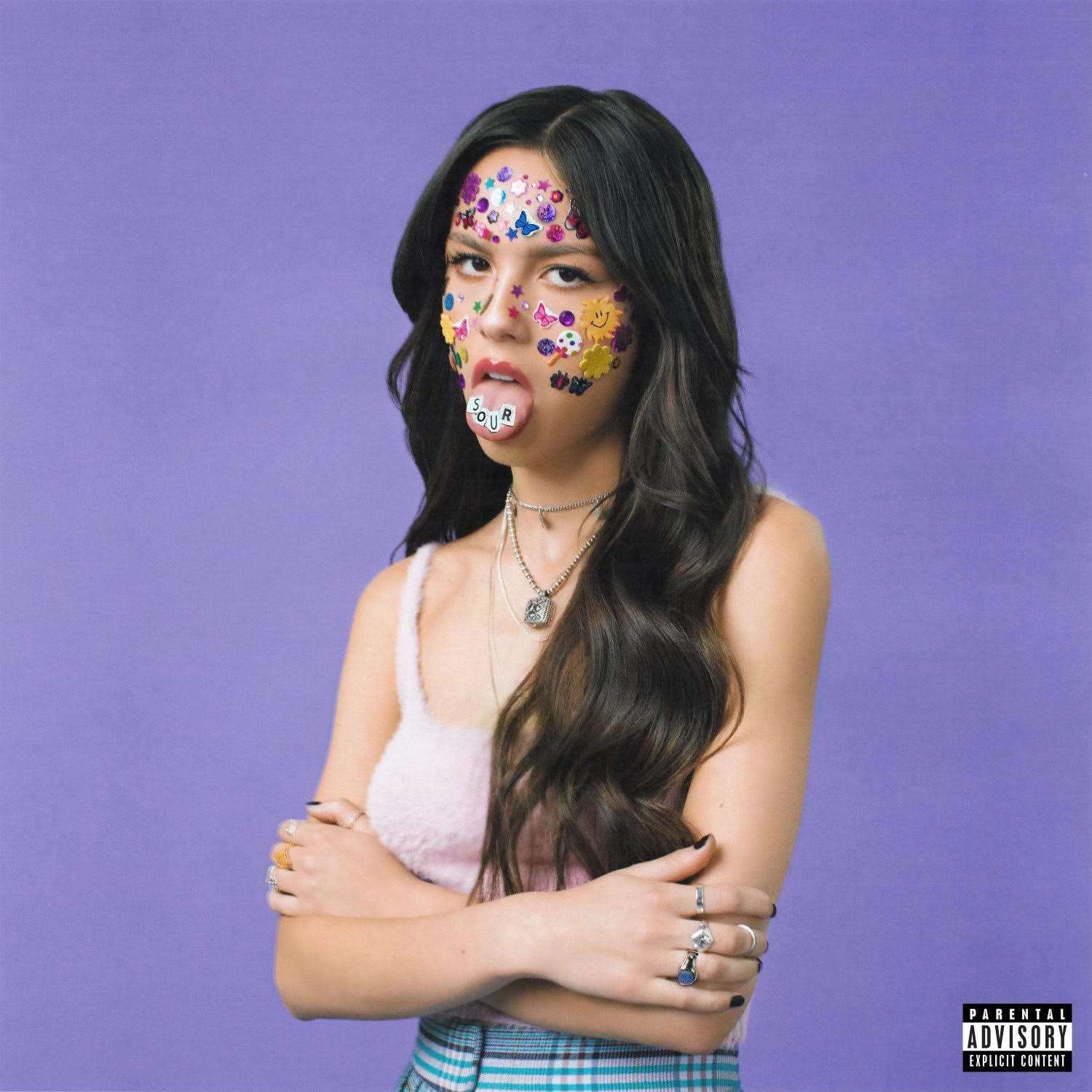 Most members of Gen Z don’t know what it feels like to rise to the level of stardom that Rodrigo has, from breaking the internet with “drivers license” in January 2021 to appearing as the musical guest on SNL only a few months later. But anyone who’s had their heart broken will relate to Rodrigo’s collection of breakup tunes, which range from the lyrics of insecurities and regrets in “enough for you” to those of empowerment and condemnation in “traitor.”

In the album, Rodrigo is fully aware of what she is going through and lays out her emotions in bite-sized tracks, wrapped in the sugary coating of Dan Nigro’s production and easily swallowed by anyone who’s willing to taste the traumas of teenagehood, no matter their age. “SOUR” covers all the post-breakup stages: rage, betrayal, jealousy and just a touch of acceptance.

It’s hard to listen to the album without noticing the array of Rodrigo’s musical influences. Rodrigo’s vocals follow Lorde’s recognizable wailing in “1 step forward, 3 steps back,” a track that evokes the sound of Lorde’s 2017 album “Melodrama.” In “good 4 u,” Rodrigo channels the bubbly rage of Paramore’s Hayley Williams, while “enough for you” is an oversung attempt to evoke the emo bands of her childhood.

Yet, playing with these different styles is part of what makes Rodrigo’s lyrics so digestible for her Gen Z audience, who grew up with the artists she draws influence from. Too often criticisms of overt influence are reserved for young female artists, but Rodrigo’s many sources of inspiration add to the album’s undeniably adolescent overtones. Rodrigo’s admiration for Taylor Swift is no secret, and even without having witnessed her gushing praise for the songwriter in interviews, the influence would be noticeable throughout “SOUR.”

Rodrigo finds inspiration from Swift’s penchant for personal details, especially in “deja vu,” a song built around personal memories of “watching reruns of ‘Glee’” and “strawberry ice cream in Malibu.” The production of “1 step forward, 3 steps back” even interpolated the melody from Swift’s “New Year’s Day.” Despite the ample evidence of inspiration, it would be foolish to call Rodrigo a copy. She incorporates personal details with a far less flowery and more straight-to-the-point method, something that further categorizes the album as a product of the Gen Z experience. Nigro, who collaborated with Rodrigo on the album, told The Guardian earlier this year that “Nowadays, you have to be as literal and specific as possible.”

While the specificities of Rodrigo’s songwriting are captivating in their own way, they often restrict the depth of emotion that could be explored. These emotions are most strongly portrayed in “drivers license,” which begins with the specific event of Rodrigo getting her driver’s license but then expands as she fills the track with all the feelings she begins to experience, as she belts, “I just can’t imagine/How you could be so okay now that I’m gone.” The raw emotion in the “I still fuckin’ love you, babe” heard around the world does not find a match anywhere else in the album. Other songs like “deja vu” and “enough for you” that rely heavily on visual imagery and specificity could benefit from having more of what “drivers license” provides.

“SOUR” ends with “hope ur ok,” a promisingly mature track that explores Rodrigo’s thoughts about people who used to be part of her life, including a girl confronting the hatred against her sexuality and a boy abused by his father. It is a touching song and positions Rodrigo on a path toward acceptance after all the rage and regret expressed in earlier tracks.

This will surely not be Rodrigo’s best album, and more complexity will come as she grows out of the influences of her childhood heroes and claims a more sharply unique voice. Yet, “SOUR” is an impressive dive into music industry relevance for Rodrigo and showcases her awareness of the direction of pop, a genre that has been hard to grasp for many artists since the turn of the decade. The album’s youthful sporadicness, raw honesty and emotional vulnerability certify Rodrigo’s status as one of Gen Z’s musical forerunners.