The Daily Nexus
Music
A Conversation with Santa Barbara Musician Conner Cherland
May 23, 2021 at 11:03 am by Shereen Mohammadzadeh 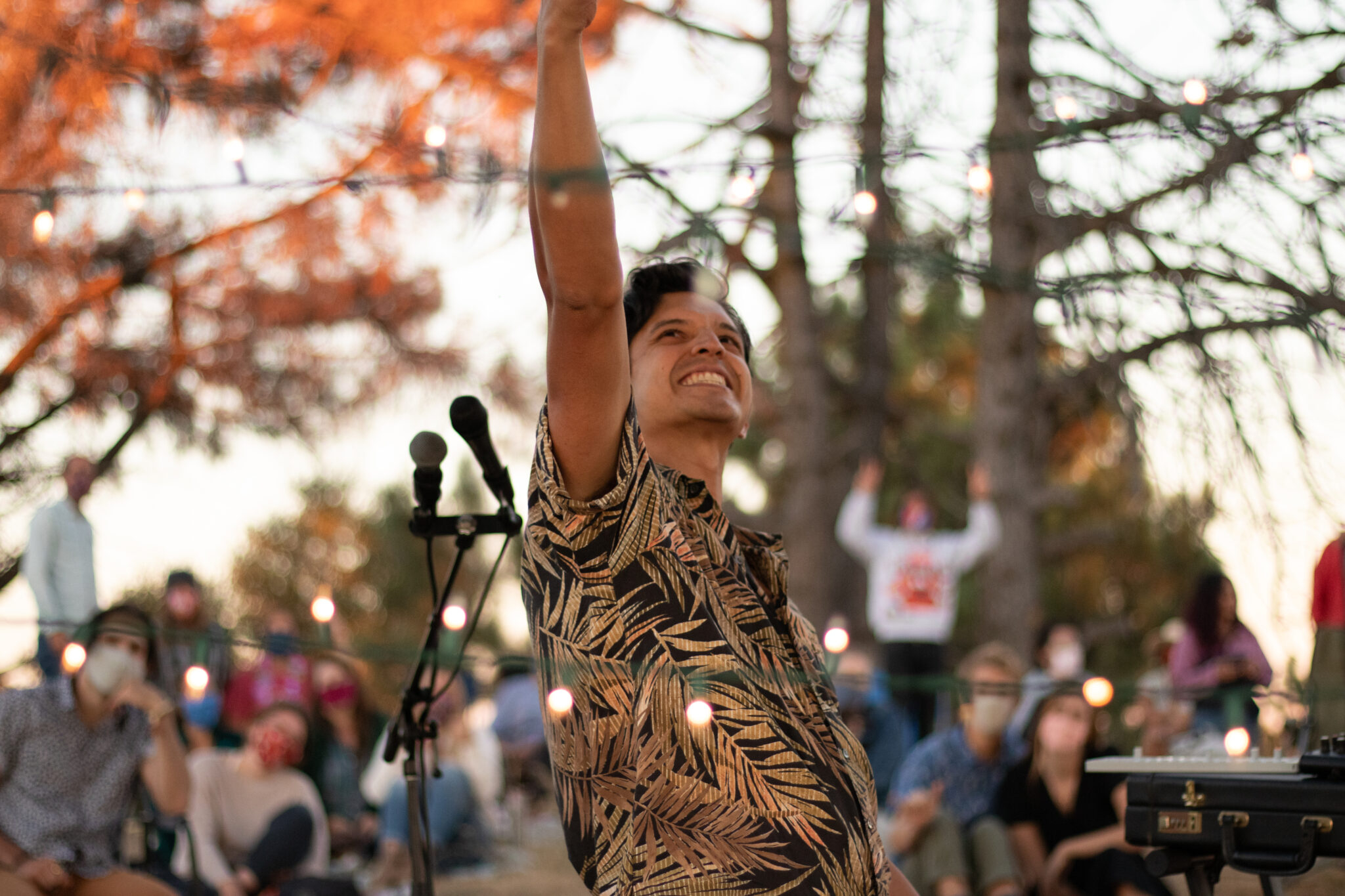 An hour-long Zoom conversation with Conner Cherland feels like minutes, but it’s enough to gather all the right things.

With his new LP, “Love Songs by Conner Cherland,” set to release in June, Cherland shared some backstory about the project and about his career as a singer-songwriter.

The 29-year-old’s journey in music sprouted in Santa Barbara after he graduated from UC Santa Barbara in 2014, a quarter earlier than his friends with whom he had been living on Sueno Road for three years. Cherland’s newly earned environmental studies degree landed him a job in tech support on nearby Los Carneros Road.

Soon enough, he felt the dreaded constraints of nine-to-five life closing in on him. “Customer service for a tech problem is so boring because everyone thinks that their problem is unique, but you deal with the problem like 20, 40 times a day,” he explains. He turned to writing songs as a way to counteract the monotony, since playing Pokémon no longer satisfied that need.

“My goal was to get so good at the job that I could play Pokémon while answering people’s questions. And I did get that good at that job. And yeah, so there’s all this brain space that you have, and you can either let your brain kinda die,” he laughed, “and just play Pokémon all day while doing your job, or you can try and problem-solve a song that you’re working on while you’re doing your job. That’s where my real focus was the entire time I was there, it was music.”

Cherland also played the guitar, but described himself as still being very much stunted in his musicianship at that point. It’s curious what drew him to songwriting at all, especially since he was a volleyball jock for most of his life. Turns out, he and the desire to write songs have an even more enduring history together.

“[I was] raised on the Disney Channel, and if you’re raised on the Disney Channel, you just believe in your heart that you should be singing and dancing, along with every other child,” he said, almost dead serious. Then, laughing, he adds that it was probably “some adolescent brainwashing.” But Disney only nurtured what was already there.  “I do think part of that is inherent. It seems like it’s one of my innate desires to really express myself through song … and secretly a little bit through dance, but we have yet to get there,” he added, tongue-in-cheek.

Once it finally spawned in 2014, Cherland’s songwriting hobby grew into an itch. He set a deadline for himself: Write 40 songs in six months. “Ed Sheeran, I think, in an interview said he writes 40 songs for every album that he puts out, so I thought I might as well do the same,” he said casually. “I think Bruce Springsteen, his thing is like 70.”

Cherland explained that this “thing” he referred to is actually a kind of writing technique and one that is more often employed than broadcasted. The logic is simple: the odds of not having at least a few good songs out of many is extremely low. “So you’re just creating this giant mountain of bad songs to really lift up the good ones,” he put simply.

“I think that’s why a lot of people don’t start songwriting — because they don’t want to feel stupid and they think they’re bad at it. And you’re going to feel stupid, and you are going to be bad at it, but I think everyone has some aptitude for creativity.” He sounded blunt, but he was not preaching. He was retrospectively describing what he himself went through. “If you can stomach the constant disappointment of a bad song, then I think anybody can write,” Cherland said.

With that being said, the three singles so far off of “Love Songs by Conner Cherland” are indeed true snapshots of its namesake. Although they are captured through a particularly cheerful lens, they include cameos of those more serious love themes that Cherland mentioned. In “This Is How I’ll Love You,” he narrates his expressions of love to his wife through practical, thoughtful acts, like preparing her coffee, sweeping the floors clean and remembering that she likes to drink her bourbon neat. He knows this isn’t glamorous romance, but in a sense, this acceptance renders it more heartfelt. The track is a fun and heartwarming listen, but better yet, it’s relatable for the rest of us Joe Schmoes out there.

Cherland’s second single, “Gotta Have You,” is about the spice his wife adds to his life. It’s a cute track, but he doesn’t forget to include a minor dose of realism. At the song’s bridge, he sings to the Randy Newman-esque swing of his guitar, “Sometimes I worry just how I’ll screw this up / The mind’s an awful thing I’ve found / ‘Til I think about her smile as she says / ‘Boy, just loosen up’ / ‘Maybe we can have a good life.’” From there, the lyrics pick up their giddy charm again and the song wraps up with an on-brand, Conner Cherland-style: lighthearted and sincere.

Of “Darlin,” the latest single released in April, Cherland commented with understated wit, “I used to be on time to everything. Then I got married.” This premise sounds simple enough, but given Cherland’s track record (no pun intended), the song nods to bigger themes, as explained, “Either I could get upset about that, or I could lean in and be like, ‘You know what? This is better than being alone, so I’m just gonna appreciate it.’”

Translated more succinctly, he has learned to expect the unexpected as a relationship unfolds — in this case, a new habit of being late to everything. But to him, whether that’s good or bad is a question of perspective. “It’s better late by your side than not here at all,” he answered in the track’s verse. Right on.

With the successive release of these three singles over the past few months, it’s curious who the attractive young couple on their covers is. Friends? Strangers who capture the mood Cherland envisioned for the album cover? He delightedly revealed that it’s a photo of his parents, explaining that his mother was 20 years old in that photo, which blows his 29-year-old mind. 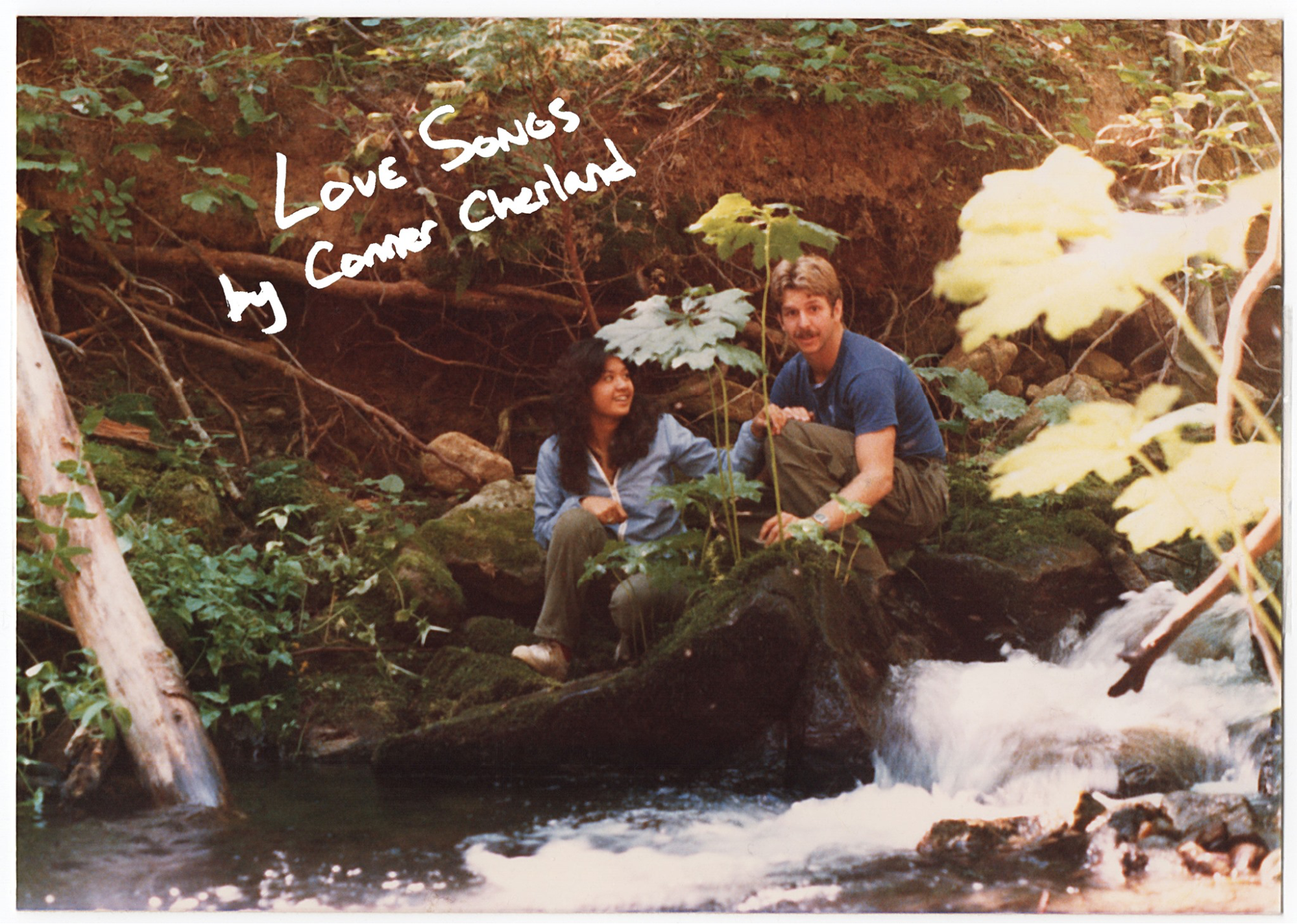 So the photo’s out-of-date look is authentic, but it could convincingly pass as a snapshot from any other day. Something about his dad’s mustache, his mom’s beachy waves and the overall charm rings true to Isla Vista culture. Cherland couldn’t help but agree with a smile: “Yeah, the fashion’s almost all the way back.”

It’s an apt cover choice nonetheless. He explained that every track, either directly or by extension, is an homage to his parents. “All these love songs, they’re all kind of offshoots of what they first showed me when I was a kid.” He gave a brief, descriptive tour of the remaining foursongs to be released on the record this June. The last to-be-single, coming this May, will be a love song from the perspective of Cherland’s father, titled after Cherland’s mother. Another will be a tribute to his paternal grandfather, who he never has actually met; he passed when his father was 17 years old. But to Cherland, his grandpa is as relevant as any other person featured on the record. “A lot of my dad’s love and his ideals of the world come from the fact that he didn’t have a dad growing up. His entire outlook is like, ‘If my kids are alive and my wife is here, my day is good,’” Cherland said. Cherland’s respect for his father runs deep, and by that logic, he believes it also should for his father’s father. “[My grandpa’s] kind of what spurred that on. Or more so his absence and his legacy spurred that on,” he said.

Cherland described that the last two tracks together seem to form a yin and yang. One, a stripped-down recording of just his voice and his guitar, is described by Cherland to be an oddball with no real structure.  “It kind of has a chorus, but it’s kind of just a cute stream of consciousness song that I made,” he said.

Meanwhile, the other track features no guitar or drums at all, but a whole piano orchestra. It’s possibly designed to reflect its subject, which is conceding conventionality in order for him and his wife to grow together. “She wants to take risks, and that was part of the reason why I wanted to marry her in the first place. Part of what’s conventional is safety, so letting go of some feelings of safety in order to pursue some feelings of adventure. Which is, again, part of the reason why I married her in the first place, but it is scary.” Sounds like an epic closing track, right? Actually, Cherland couldn’t say for sure. “I don’t know the track order yet,” he said with an easy-going shrug. That was surprising to hear at first, given how much forethought and care he seems to pour into each song.

But then again, that might be exactly what gives Cherland’s craft the quality it has. As sophisticated of a musician as he is, he didn’t mind sharing that his dream touring mates would be Lars and Sigrit from the 2020 movie “Eurovision Song Contest: The Story of Fire Saga,” or that he’s a pickleball coach on the side. In other words, the guy is full of fun surprises, a healthy dose of silliness and has no interest in contriving anything, no less the track order of his incoming LP. Not until it feels right. He’s keeping it real, and that’s why his music is so promising.

That and, you know, his outstanding talent for singing.

Stay tuned for “Love Songs by Conner Cherland,” the full LP coming out this June.