Standing Together To End Sexual Assault — a nonprofit organization in Santa Barbara providing support services for survivors of sexual assault  — presented a discussion with Me Too movement founder Tarana Burke during their annual event “Chocolate De Vine” on May 14. 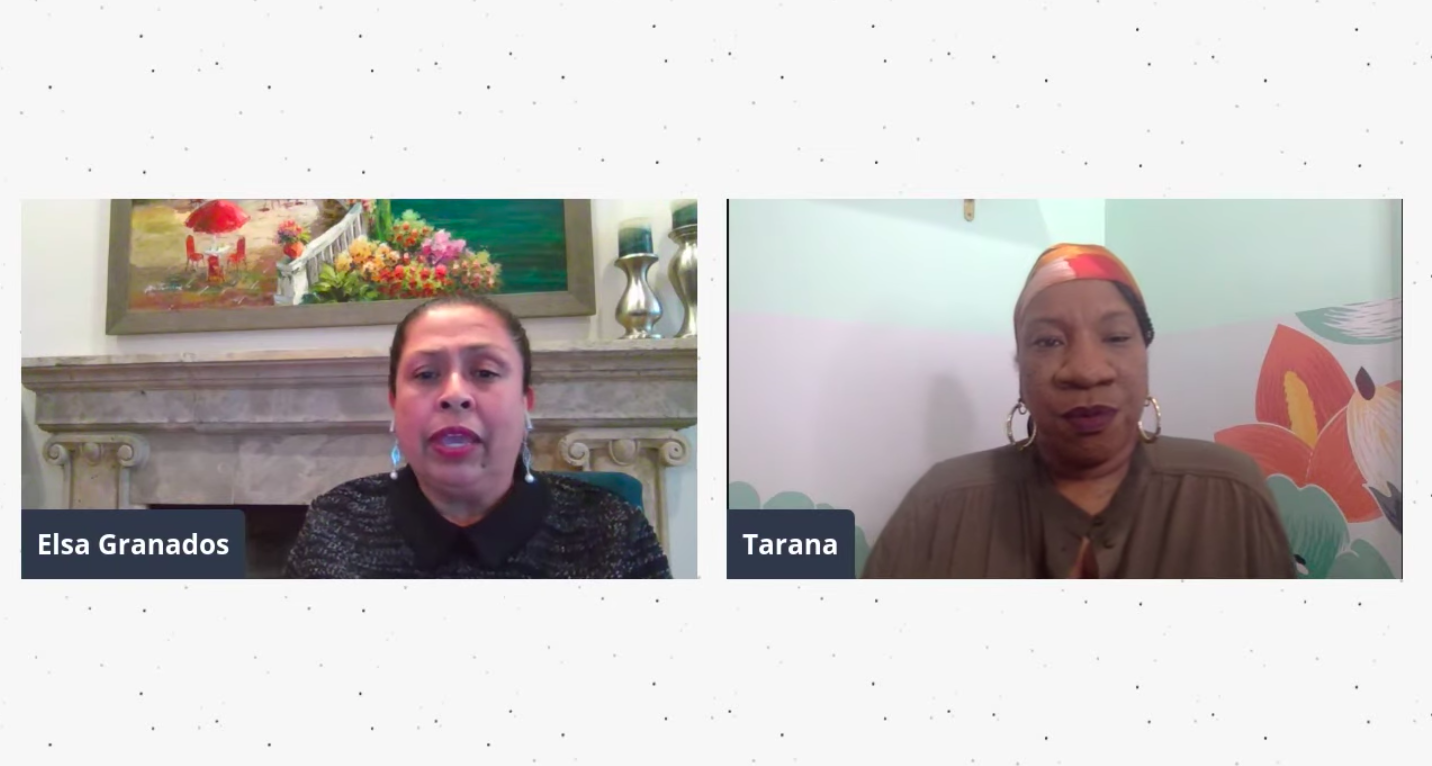 Burke has advocated for survivors since the late 1990s and founded the Me Too movement (formerly named Just Be Inc.) in 2003. Courtesy of STESA’s Livestream

The discussion occurred virtually via Zoom and was moderated by Elsa Granados, executive director of Standing Together To End Sexual Assault (STESA).

Granados opened the discussion by asking Burke about her book, “You Are Your Best Thing: Vulnerability, Shame, Resilience, and the Black Experience.” Burke co-wrote the book with Brené Brown, a research professor at the University of Houston and renowned lecturer. The book, a collection of essays, explores the trauma of white supremacy and the beauty of Black humanity.

Burke and Brown wrote the book following the protests and civil rights advocacy of last May, after the murder of George Floyd by former Minneapolis police officer Derek Chauvin.

“Last summer, in the midst of the uprisings after George Floyd’s murder and Breonna Taylor’s murder … I was really pained.” Burke said. “The pain came from the fact that I saw so many people trying to figure out how white people can be better, but I saw very little space for Black people to process the trauma that they were experiencing. I wanted to create that kind of space for Black people and Brené is an expert in those areas, so it felt right to do that work with her.”

“This project kind of came to us, and it happened very quickly. This book came out in six months, which is almost unheard of in publishing, and I’m really proud of it,” Burke continued.

When asked by Granados about how she keeps herself “uplifted” when dealing with such emotionally taxing work, Burke said that the journey of survival itself can contain joy.

“[As a survivor], I spent so much time trying to get back to the old person and then I realized that ‘Oh, I will never find that old person,’” Burke said. “And so then my journey became about discovering this new person, and there’s so much joy in the survival. So it doesn’t feel somber to me in a lot of ways.”

“When I meet [survivors] who realize that they are not alone in this journey, there’s no somberness in that. I feel so alive in this work in so many ways that keep me uplifted,” she continued.

Granados noted that those working in supporting sexual assault survivors oftentimes have issues reaching the broader community, and she asked Burke if she had any advice.

“I think one of the reasons the ‘Me Too’ hashtag went viral, and why we’ve had the shift in pop culture over the last four years, is because people feel a connection to it,” Burke said, explaining that activist movements need to be made more accessible to those they are advocating for.

“In [activist movements] in general, we get really insular. We create language that we only understand and acronyms and things like that and we only talk to groups of people who agree with us … but we have to reimagine and re-examine what outreach looks like and how we message our work to the outside world.”

Prior to #MeToo going viral in 2017, Burke worked with nonprofit organizations in Philadelphia to help the organizations connect with the community. She noted that many of the organizations had “beautiful programs” but had difficulty getting community members engaged. In her opinion, the solution revolves around reaching out to communities directly.

Burke said that outreach to the community is all the more important now that more people are now openly discussing sexual violence. Prior to #MeToo, Burke said she was “begging to be put on community agendas” to talk about sexual violence. Now, her organization aims to serve individual communities through policy work.

“We don’t do direct service, but we do support survivors, and we also are doing some level of policy work and also some level of community work so it was kind of a sweet spot for us,” Burke said.

One major campaign the organization is pushing forward is reimagining safety and how sexual violence relates to other kinds of violence, she said.

“When we talk about gun violence, police violence and community violence, sexual violence has to be wrapped up in that and we have to see all of it as something that we are collectively responsible for,” Burke said.

“When it comes to sexual violence, people push that to the side and see it as an individual thing … we don’t collectively as a community feel like we’re responsible for the safety of people who experience sexual violence. There’s a lot of narrative shift that has to happen around that, for the community to feel more connected to the issue.”

Granados said that survivors are often stigmatized before they can even receive help, and that STESA had various issues trying to house the services of their rape crisis center, including landlords telling the organization that they didn’t want “bloodied and bruised” women being brought into their buildings because it would “chase away the other tenants.”

Burke shared similar experiences and said that in the same vein of survivors being stigmatized, they are also criminalized, citing her experience with working with survivors in Alabama.

In Granados’s experience, rape crisis centers are closely tied to law enforcement and the criminal justice systeme.  Although she believes the legal system should still be an option to survivors seeking justice, she said that other opportunities for healing and care should be offered to women who have experienced sexual violence.

“We’ve all been socialized to see only crime and punishment as our only option when we have these experiences around sexual violence … I would love to see us move more towards  different forms of accountability about harm and harm reduction, but we don’t have that yet,” Burke said, agreeing with Granados.

“We need to have programs that are in place, pilot [programs] in place that show what’s possible around transformation. We need to really identify the spectrum of accountability, so that we can start to put transformation and restoration in place,” she continued.

Burke said the process of reimagining different methods of justice and accountability in relation to sexual violence is going to take a great deal of trust from survivors and advocates. She added that any shift in resources should prioritize survivors.

To wrap up the discussion, Granados asked Burke how she would “keep the momentum going” after the immense impact of #MeToo, to which Burke responded saying that she did not think that the “lightning-in-a-bottle” momentum of that specific movement could ever be recreated. She said real change would come from doing work on the ground in communities and through policy, rather than relying on “mainstream media” to spread the message.

“I’m not a media darling anymore, and I’m not going to be on the cover of magazines and things like that, and I don’t need to be,” Burke said.

“Our energy is in making sure that this country understands survivors are not weak, that we are not a group to be pitied. That we are a constituency, that we have power and we plan on defining this movement and a way forward to end sexual violence because we’re the only ones who can really do that.”