The Daily Nexus
Sports
Gauchos Hold Off Late Matador Resurgence in Home Win
May 5, 2021 at 3:41 pm by Jacob Davis 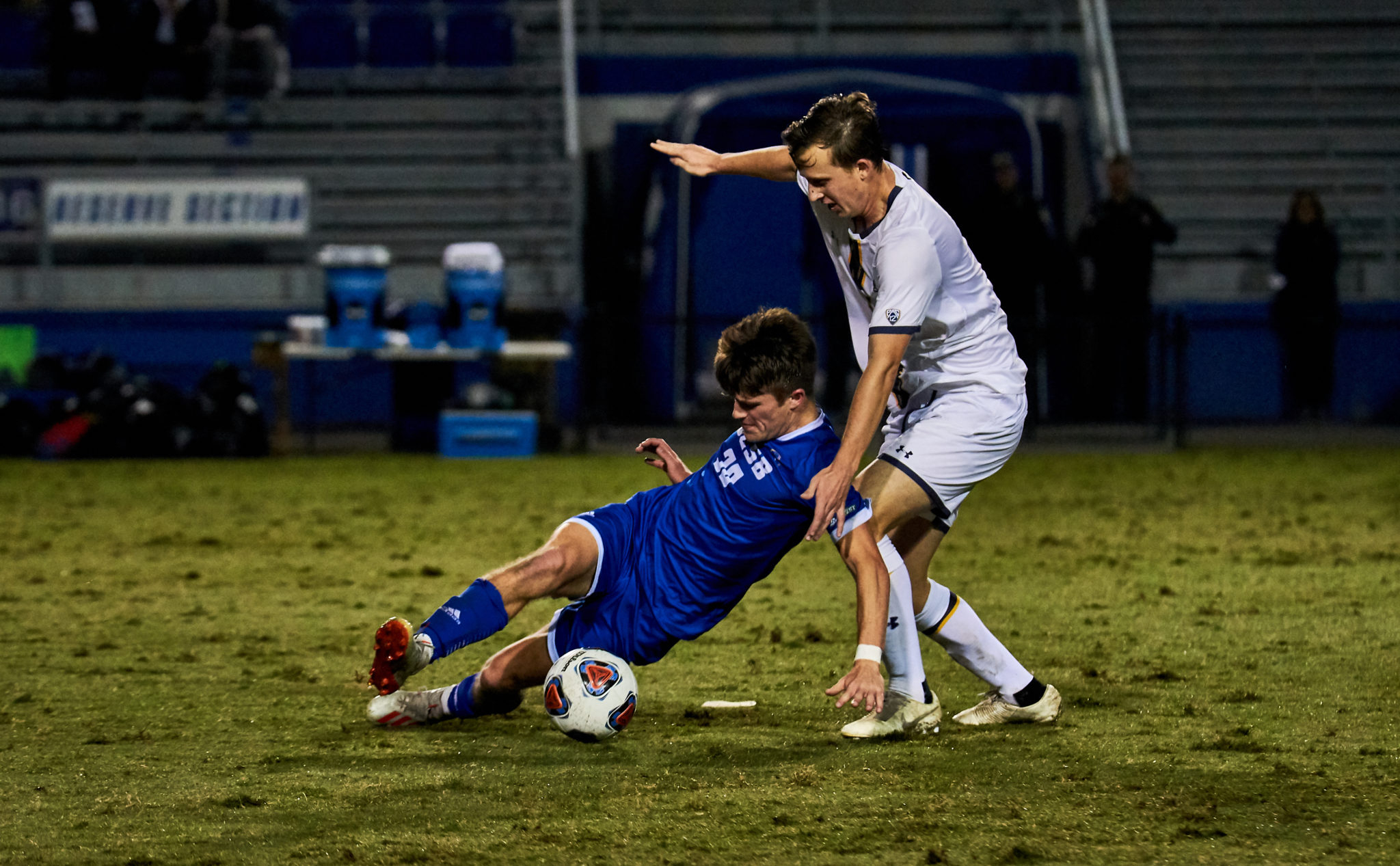 After last week’s loss to the 2020 West Coast Conference Champions Loyola Marymount University Lions, the Gauchos looked to regroup at home against a more familiar opponent. The Gauchos initially displayed great technical skill and teamwork against the Cal State Northridge Matadors, but they lost momentum and played with their backs against the wall in the second half, holding out to a 2-1 win.

The Gauchos came out in the first half in good form, stringing together effective passes on quick breaks to dismantle the Matador defense. The quick breaks proved effective early on, as a quick build up in the seventh minute resulted in a finessed, left-footed shot into the top-right corner from 14 yards out by Lucas Gonzalez. Gonzalez proved to be a key player in Sunday’s game, showing speed and aggression as he looked to create opportunities for the Gaucho’s attacks.

The Gaucho midfield dictated much of the pace and possession of the first half. The midfielders worked as a cohesive group to string together passes and create opportunity after opportunity for the offense. There was a stark sense of discipline and purpose in their first-half play that juxtaposed CSUN’s frenetic long balls. One stand-out player was Sam Fletcher, who essentially controlled the game. Fletcher acted as a bridge between the back line and attacking mids, demonstrating precise passing, smart creations of space and ruthless aggression in taking back possession. He looked to be a real leader out on the pitch Sunday night.

The Gauchos’ back four — Rigoberto Barragan, Carson Vom Steeg, Henry Davies and Salaudeen Ayinla — looked to be impenetrable in the first half. They played with a coolness that reflected a disciplined and experienced unit. Most of the attacks in the game started out of the back, where they connected passes until the midfield created space. From there, the Gauchos created blistering attacks that netted the Gauchos a brace in the 24th minute. Crisp passing in the midfield from Gonzalez allowed Finn Ballard McBride to slot in a through ball for Ramses Martinez, who used a beautiful first touch to set himself up for a strong shot to the near post.

However, the momentum entirely switched in the second half.

The Gauchos came out lacking the urgency and purpose that characterized their phenomenal first half, while CSUN seemingly became tactical chameleons, adopting the Gauchos’ methodical build up into a quick attack. Possession also switched in favor of the Matadors as they began to play out of the back and play through the midfield for the majority of the second half. The Gauchos resorted to long balls, as they became tired and lost their energy.

Eventually, the Gaucho defense was picked apart and outnumbered when the midfield was slow to respond defensively, resulting in the Matadors’ consolation goal. Though the Matadors never scored again, the Gauchos played with their backs to the wall and narrowly avoided an equalizer on a few occasions.

When the Gauchos had the energy, they played with great skill and purpose, but when their energy depleted, they lost their identity. The team will look to regain their endurance next Saturday, May 8, against UC Davis at home at 6 p.m.