The Daily Nexus
Record Recap
On This Day: Upbeat Loneliness Through New Order’s “Power Corruption and Lies”
May 2, 2021 at 9:51 pm by Jadon Bienz 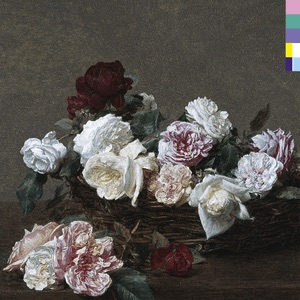 One of the most dystopian musical acts of all time, New Order was formed out of the seminal post-punk group Joy Division (you probably know them from the T-shirt design found in almost every Urban Outfitters). The passing of Ian Curtis, Joy Division’s lead singer, by his own hand caused the group to reshape themselves into their new assembly. While New Order’s debut project “Movement” received a lukewarm response compared to Joy Division’s previous work, their second album, “Power Corruption and Lies,” has been rightfully regarded as one of the top albums of all time.

“Power Corruption and Lies” chronicles New Order processing Curtis’ passing. The track “Your Silent Face” is full of pain and bitterness, vocalized by singer Bernard Sumner in the typically poetic New Order way. Solemn string synths allow room for thinking as the group grieves all the valuable life that is lost in death, observing, “Sound formed in a vacuum may seem a waste of time / It’s always been just the same.” The song ends with bitterness before the instrumental fades out — Sumner snaps, “So, why don’t you piss off?”

More than Curtis’ passing, “Power Corruption and Lies” catalogs the pains that come with fading relationships at large. The least dance-sounding track on the album, “Age of Consent,” dimly portrays the increasing strain between two lovers over an exciting guitar-driven instrumental definitive of an ‘80s dream sequence. Sumner meditates, “Won’t you please let me go / These words lie inside, they hurt me so” as he begs for an easy way out of a relationship. “I’ve lost you” is repeated as the song comes to a close, as all the narrator can see is the dusk of his relationship.

Even with these case studies on sadness, New Order spends much of “Power Corruption and Lies” focusing on the feeling of isolation in itself. The closing track, “Leave Me Alone,” is the most potent example of this meditation. Imagery like “A thousand islands in the sea / It’s a shame” highlights the irony in loneliness even when surrounded by others. Eventually, the narrator’s emotions distill into accepting tranquility within their source of sadness: “But for these last few days leave me alone.”

The instrumental and artistic aesthetics that line “Power Corruption and Lies” provide a perfectly sarcastic backdrop for its grimness. The album cover is notably famous, created by artist Peter Saville, who also designed the aforementioned monochromatic waveform for Joy Division’s album “Unknown Pleasures.” A drab painting of roses by French painter Henri Fantin-Latour is contrasted by a bright pastel palette in the top right corner, adding a technologic feel to contrast the traditional oil painting.

This dissonance matches the irregularity within the music itself. Disheartening lyrics are padded with upbeat synths and driving drums, giving off vibes similar to crying in the bathroom of a party. Similar to the grim art style of the otherwise beautiful roses on the album cover, an exciting sonic landscape is recontextualized to emphasize the dejection present within the songwriting.

Particular instrumental standouts on the album lay in the application of the synthesizer. “Ecstacy” is four and a half minutes of, well, pure euphoria as sharp synthesizer motifs and vocoded snippets bounce around the driving rhythm of drums and dense basslines. “5 8 6” starts off with a slow-burn staccato synthesizer and kick drum duet, before evolving into one of the most danceable grooves on the entire album. “The Village” is perhaps the most instrumentally complex piece on an otherwise minimalist album, with stereo delay on the synths providing an uplifting atmosphere.

Since its release, “Power Corruption and Lies” has influenced modern-era art as a whole. Besides being heralded as a hallmark of post-punk music, the album’s sarcastic and dystopian aesthetic has been channeled in avant garde and street fashion alike, whether through Raf Simons parkas or Supreme and Vans collaboration sneakers. “Blue Monday,” a spinoff single associated with the album, went on to become the best selling 12” record of all time. Full of a unique mix of danceability, emotional honesty and poeticness, “Power Corruption and Lies” has cemented New Order as one of the most interesting and three-dimensional groups of the ‘80s and beyond.