The Daily Nexus
Opinion
Argument in the Office: Anime — A Form of Escapism or Masochism?
April 30, 2021 at 10:00 am by Carrieanne Mamba and Kenneth Moody

Binge-watching “Shingeki no Kyojin”, also known by its English name “Attack on Titan,” has had me wondering why I like the show enough to binge-watch it. Aside from the moody characters described in another recent “Attack on Titan” Argument in the Office article, the grotesque images of people-eating titans and the inconsistent manga art style that changes (arguably for the worse) in later seasons, the series is brutal for reasons that go beyond just aesthetics.

Shows like “Attack on Titan” have us on the edge of our seat, but not in a good way — more like, a sick, twisted way that forces us to peer through our fingers and see who makes it out alive. It’s like watching something awful, that you know is awful, but you cannot turn away.

To give an example, the first episode of “Attack on Titan” (AOT) subjects viewers to the savage death of the main character’s mother. She is eaten by a titan, and not the kind of eaten where the body is swallowed without fuss and guts like you see in other animated shows. We are talking being chomped in half, we’re talking the sound of bones crunching. Imagine your own mom’s blood splattering as her torso is completely bitten off. Yeah, not a pleasant picture.

I am well aware that not all anime is as violent or savage as AOT, but I do wonder about the effects that watching brutal anime has on its audience. Some may argue that violent anime allows for an escape from this world, and such shows can give viewers the chance to indulge in virtual bloodthirstiness by watching titans get bested or hated characters get eaten. However, I posit that violent anime does not bring escape, but rather additional stress.

I can’t say that I have watched a cruel AOT scene and felt a sense of solace, strength or empowerment from escaping this world for that one. I can’t watch too many AOT episodes in one sitting because after you get attached to characters that you watch bloom and develop only to see them die violent deaths that occur at the hands of beings that don’t even exist in this realm, it takes a toll on the mind. Not to mention, it is frustrating. After just a couple of episodes, I do not feel like I have escaped to somewhere better, I just feel less energized and a strong desire to return to a world without titans.

I don’t mean to say that violent anime isn’t good entertainment — it is — I’m just saying that it is not a form of escapism.

The Google definition for escapism, provided by Oxford Languages, is as follows: “the tendency to seek distraction and relief from unpleasant realities, especially by seeking entertainment or engaging in fantasy.”

Watching “Attack on Titan” may distract me from my impending school deadlines, but it does not bring me relief. It may bring me entertainment, but that does not negate the anxiety and pain that comes from seeing beloved characters’ heads being eaten. When I think of escapism, I think, “a movie set on the beach,” I think, “Beat Saber on my boyfriend’s Oculus Quest.” (It’s really fun! It’s like virtual-reality Guitar Hero, but with lasers. I recommend it.)

You know what I don’t think? “I’m going to forget about the stresses of this life by … replacing them with more by watching this show! I’m gonna subject myself to the pain of watching humanity get absolutely murdered by these giant and horrifically ugly creatures!” It’s safe to say that gore and guts are not my idea of an escape.

Then again, my escape is not everyone else’s escape. I’m more of a cocktail-the-tropics type of gal, but if seeing people get titan-eaten limb by limb is your jam, hey, I won’t judge.

Carrieanne Mamba is almost done with “Attack on Titan,” so if you have more (preferably nonviolent) anime suggestions, hit her up. 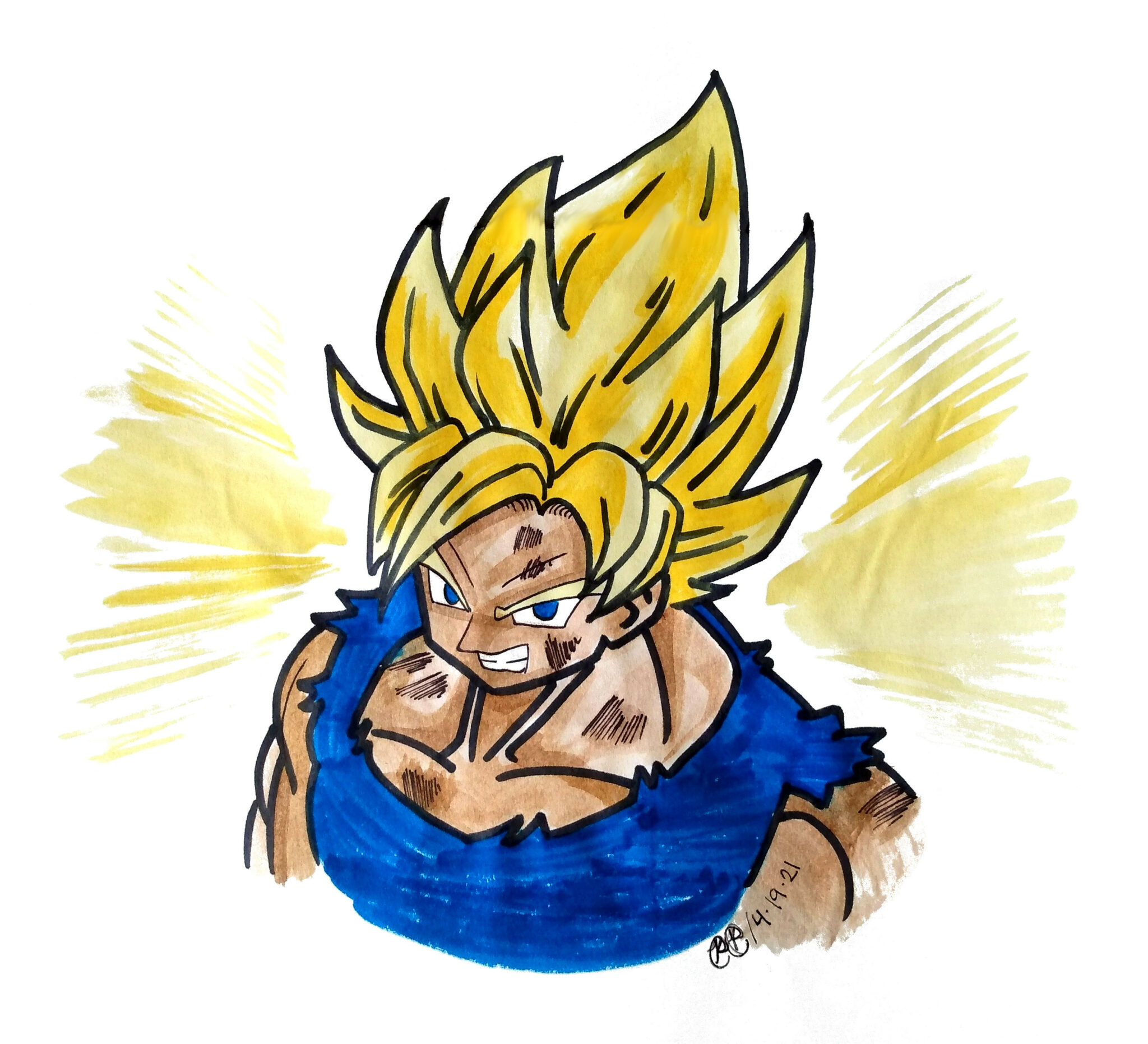 Violent Anime Is The Perfect Refuge From A Complicated Reality

Life is a never-ending list of problems. Whether it be managing a busy schedule or coping with the hate crimes happening all over the world, life doesn’t give a fuck, and it stays on it’s bullshit.

Sometimes the best we can do to maintain our sanity is turn on some anime and take a mental break from it all. Common suggestions for what to watch in this instance would typically be something cute, inspirational and devoid of violence, like “Haikyuu!!.” Anime with violence, like “Attack on Titan” (AOT) would typically be out of the question for trying to escape the problems of the world, but those shows are actually perfect candidates.

The first thing to understand about fictional violence is that not all fictional violence is created equal. The context of that violence matters. If a movie or show was depicting violence that the audience knows is somewhat based on reality it isn’t exactly fun or relaxing to watch. Take war movies like “Black Hawk Down” or “Lone Survivor,” for example, as those are based on real operations that went horribly wrong. However, shows like “Tom and Jerry” have characters dropping pianos on each other and blowing each other up with dynamite, yet we find that funny as slapstick humor. Both show lethal violence but one frames it in a way that makes said violence funny.

While “Attack on Titan” definitely isn’t slapstick humor, due to its often graphic depiction of death, it is far-removed from reality, as people are swinging around on glorified slingshots cutting up the equivalent of giant zombies. This pull away from reality is why AOT can still be escapism when “Lone Survivor” can’t.

The key thing that people overlook when standing against fictional violence is that it is a means to an end. Even though someone may not be able to perfectly articulate it, people watch fiction with violence because it triggers certain feelings, not because they like watching people die and get hurt. Violence can provide a power fantasy. It can be artistic in the same way that dance is and provide the sense of closure and simplicity that doesn’t happen in real life.

At face value, the type of stylized violence seen in anime like “Attack on Titan” or “Naruto” just looks amazing in the same way that watching breakdancing is. In both instances, you are watching people accomplish feats that seem impossible, yet they execute it so perfectly. Take this Naruto and Sasuke vs. Momoshiki fight as an example. Without even having seen the show, it is easy to appreciate the way Naruto and Sasuke perfectly execute teamwork, show off their martial arts capabilities and use their powers. When Sasuke ends the fight by crushing the enemy in a rock, I’m not thinking, “Wow, that was so brutal,” or “Yes! Murder!” I’m thinking, “Holy shit! Sasuke did that with only one arm!”

To me, characters in these anime embody Kendrick Lamar’s lyrics from his song, “ELEMENT”: “If I gotta go hard on a bitch, I’ma make it look sexy.” Fictional violence is a choreographed dance of death, and I can’t help but be excited to see them perform that violent art. Take out the blood and guts, and what those characters do will look no different than Jackie Chan fighting 10 other people with only a ladder.

Looking a layer deeper into the skill of these anime characters, their execution of violence calls to a deeper desire that people can only really experience through fictional means: having unrestricted power. One of the most iconic moments in shounen anime history was in “Dragon Ball Z,” when Goku transformed into a Super Saiyan during his fight with Frieza. Part of what made that moment great to me was that he had the overwhelming power to deal with whatever conflict was before him. At that moment, he was in control of everything in a way that no real person will ever experience. Life had hurt him in the form of Frieza, and now, he had the power to hurt life right back.

Even if I could have Goku’s power, problems in real life are messy in a way that fiction is not. In fiction, the bad guy is always clear and singular, the moral justifications between good and evil are clear cut and the ramifications of that violence are not important. Even the choice to have violence be the way of conflict resolution is perfect for escapism as well. Talking and negotiating with people is hard and complicated, but the protagonist forcing their unquestionably good will onto the enemy with violence is easy. Once the villain is defeated, the story always ends.

“Naruto: Shippuden” ends in the way that I wish life could end. There is all this talk about the cycle of hatred reproducing war across the multiple generations of characters in “Naruto.” That sounds like a systemic problem that can’t be solved with violence, but nope. An evil alien was manipulating everyone from behind the scenes, so Naruto and Sasuke beat that guy up and everyone lives happily ever after.

If only racism, global inequality, climate change and everything else could be solved by stylishly killing one person who without a doubt was objectively evil with no one to mourn them and make a martyr out of them. Because that can’t happen, turning to anime with the most stylish, simple and powerful forms of violence can actually be the epitome of escapism.