The Daily Nexus
Virtual Reality
The Most Disappointing Game of 2020 is Animal Crossing: New Horizons
April 28, 2021 at 4:00 pm by Christine Tu 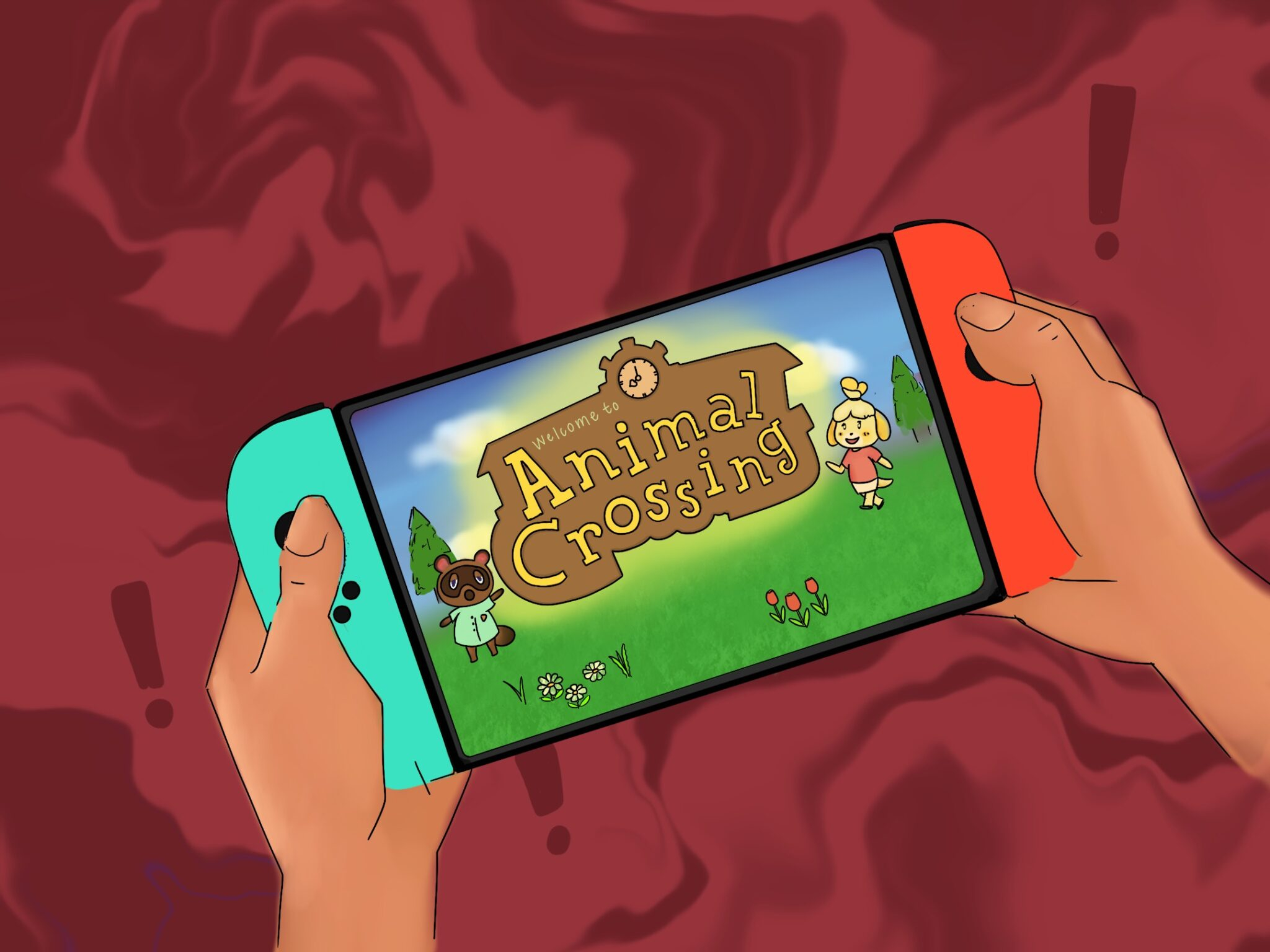 This is so embarrassing, but I guess I’ll say it. I only got Animal Crossing: New Horizons because everyone else was playing it.

Gamers and non-gamers that enjoy aesthetic content alike remember that time last March when everyone was gushing about their beautiful island and about how calming it was to play a pseudo-realistic game based on the capitalistic world we live in where debt is normalized, yet twists it by indulging in our impossible fantasy of homeownership.

It’s embarrassing but it’s true! I never had a Nintendo DS growing up, so I didn’t have the nostalgia of playing older versions of the game, nor did I particularly enjoy playing games like these.

But it was my birthday, and my brother agreed to pay half of the cost, so I thought, “oh, why not?”

Now, a year after I purchased the game, I’m sad to say that I’m quite disappointed. You may say that the game is “calming” and makes you feel like you’re on an island retreat, but in reality, unless you’re a hardcore Animal Crossing gamer, it’ll have you pulling your hair out with how frustrating it is to play.

The first reason is how incredibly inefficient the gameplay is. A first inefficiency that players encounter early on is with placing objects (GAHHH!). Outside of your home, the ground in the game is organized in squares that aren’t immediately apparent to the player. When you place items down, it can go into these invisible squares but not in between squares. Often, the result is that you place an object down and it goes into the wrong square. But, there’s no way of easily moving it accurately. You could try to drag it, which is akin to basically guessing. The other option is to put it back into your inventory, toggle the console to move your Animal Crossing character millimeters to another direction (not an easy feat), then move your item from your inventory onto the ground. In the end, it could take several minutes to just place a single item. Or, I’m just bad at the game.

Another inefficiency that’s universal to all players is the frustration that is crafting. Initially it seems fun — “oh look, I made a chair!” —but quickly grows boring. For starters, you can only craft one thing at a time, and though you can speed up the crafting action slightly by spamming the A button, it still takes ages. And when you have a lineup of things you need to craft, the repetitive action of crafting is incredibly frustrating.

An additional big inefficiency is the mind-numbing horror show that is terraforming on New Horizons. It’s an action unlocked by gaining three stars on your island, so one doesn’t actually start with it. However, it’s a major part to building out your aesthetic island, so players eventually have to engage with it. The problem with terraforming is largely the same as the problems with placing objects and crafting, that the player isn’t really sure where they’re digging and it’s a one-at-a-time pursuit. In the end, the lack of accuracy in terraforming makes it the most frustrating thing on the planet. (I’m being only sort of hyperbolic.)

Another huge part of the game  — and a major motivator for most in buying it —  are the aesthetics that one can “cultivate” (aka work hundreds of hours to achieve). Animal Crossing has endless design potential, such as beautiful fairycore, cottagecore and hundreds of other design aesthetics, but it’s climbing-Mount-Everest-level difficult to obtain. Aside from the headache of terraforming and designing outside the home, the best parts about the game are blocked by the Nintendo membership paywall, costing an additional $20 a year. This membership allows trading items with other players along with access to visit other islands and for others to visit yours. These are arguably the best parts to Animal Crossing, in addition to the fact that trading items with others is one of the easiest ways to build an aesthetic island as the Nook’s cranny shop only debuts five items at a time.

Many fans of the game rave about the graphics and about how lovely it is to fish, hang out by the beach and run through serene flower fields. Yet, this is child’s play compared to the epic graphics that Nintendo has created for games in the past. Take, for example, the 2017 game Breath of the Wild from the Zelda franchise. There are incredible landscapes in Hyrule, the expansive kingdom that the game is set in, including the charming Hateno village, the vibrant Akkala region, and the vast Gerudo desert. And if you compare the map of Breath of the Wild, with its hundreds of teleportation portals and scenic landscapes, to the simplistic map of Animal Crossing, you can see what you’re missing out on.

Let’s not forget about pricing! Each Nintendo game is $60 and when you compare the epicness of Breath of the Wild to the monotony of Animal Crossing, it’s clear that Animal Crossing is wildly overpriced. With the membership being an integral part of the game, this brings the total up to $80, which is just ridiculous.

To be fair, I really enjoyed the game in the beginning. After I purchased it and got over the initial awkwardness of the console, I dutifully began collecting my sticks and fossils to begin paying off my moving loans to our capitalistic overlord Tom Nook. Eager to begin climbing rungs in homeownership and stimulated societal prestige, I played even harder, paying off my loans ahead of schedule and feverishly clearing off weeds in my island to get the three star rating from Isabelle to unlock the terraforming ability.

Even as the actions themselves grew to be boring and repetitive after the first couple of days — after all, one can only shake down trees so many times until it gets redundant — it wasn’t until the exasperation of terraforming that caused me to stop playing. To prepare for my fabulous island makeover, I had cleared everything off my island. Yet, I found that I was thwarting myself. Where I procrastinate in real life, I was procrastinating, hard, on my island makeover. Animal Crossing was veering onto the side of work, instead of play. Rather, I was now reluctant to play.

Today, my island is covered in weeds, I can’t terraform and, worst of all, I’ve failed to live up to my Pinterest Animal Crossing expectations.

But Animal Crossing sets itself up for failure from the get-go with the unrealistic expectations that accompany watching YouTubers effortlessly (through the magic that is timelapse) build their islands, which ultimately manifests in the pinning of aesthetic island pictures to your Pinterest board. The reality largely fails to live up that hyped up expectation and where games like Breath of the Wild wildly exceed expectations, Animal Crossing falls short.

So if you don’t mind doing the same actions over and over again, definitely check this game out! But if you’re buying this game for its supposed “escapism” benefits, check out Breath of the Wild instead, or save your $60. Now, a year after I’ve bought Animal Crossing, every time I log onto the Switch and face the game I haven’t touched in months, I’m left thinking, “can I resell this?”