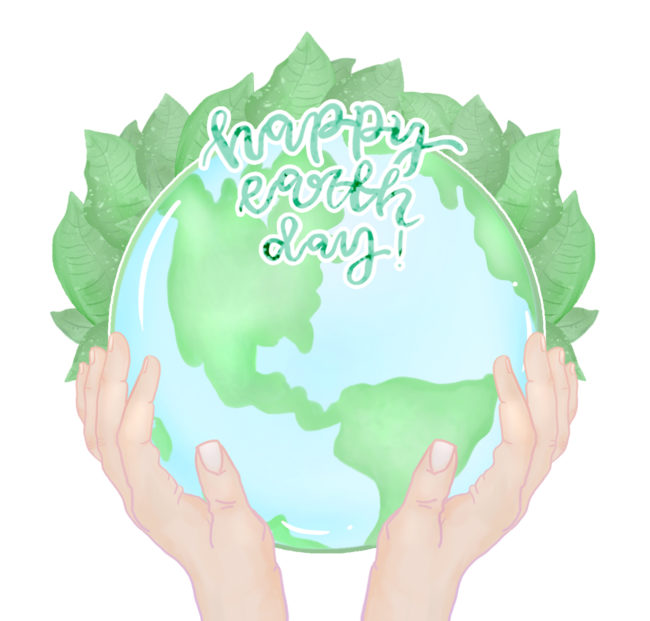 The worst thing to happen while in nature is to be reminded of the presence of humanity.

Footprints and bike tracks are all we should leave behind — whether in the city or on the trails. Trail maintenance is not on call for garbage day. They are there to take care of natural damage or obstruction to trails for the safety of the humans and other animals living in the habitat.

I have never seen someone in the act of littering; it seems silly, to leave a half-empty drink on the railing of a pier, to drop your granola bar wrapper without regard, to let the wind sweep off your face mask. But somehow the trash we produce ends up scattered. Who do we think is picking up after us?

Living on the coast, it is just as vital to pick up litter, so that non-biodegradable styrofoam and microplastics don’t end up in the ocean.

The other morning I found three empty Coffee Bean and Tea Leaf cups abandoned beside a bench on a trail. Given that the nearest shop was only realistically accessible by car — it being a half-day trip to walk, and I can’t imagine someone having transported the beverages via bike — it seemed unreasonable to have left the trash there. Vehicular transportation aside, a car’s function is as a holding place, for dusty blankets, empty beverage containers and stale snacks. Moreover, this bench was at a lookout, directly next to a vehicular road, where a driver could easily pull off for a coffee break.

Nevertheless, I sighed and picked up the cups. In an untimely moment, I unfortunately recalled that people’s mouths were once touching these cups. Gingerly arranging them in my hands, I looked around gauging for the nearest trash or recycling bin. And, seeing that this was still in the middle of my trail, there were none to be seen. I ended up jogging with the three cups all the way to my apartment in order to dispose of them.

Since July 2020, Santa Barbara has been watching the numbers of illegal dumping and littering rise. Because restaurants and UC Santa Barbara dining halls have shifted to rely on plastic takeout containers, the consumption of single-use plastics is growing. But in areas where stores or restaurants have closed, there seems to be a shortage of public trash and recycling cans, which may be contributing to the littered streets.

Although the environmental activists’ favorite holiday is on our heels, Earth Day should not be recognized as the only day to send some love to our planet. It should not be the only motivation to pick up a few pieces of trash or to plant a tree. In addition to (safely) taking part in the Global Cleanup Day, I urge you to treat at least a few more days in the year to your kindness.

The trash cans in our houses and apartments seem to fill so much faster these days. And while more waste is expected, as most of our meals are consumed in one place now, it doesn’t hurt to try and learn more about how we can reduce our waste. Is any of your food waste compostable? Are there a lot of single-use plastics?

We can also consider the approaches other countries have taken to stop litter on the streets. Japan has worked to eliminate almost all public garbage cans.  Though this measure first started as a response to terrorism, the residents of big cities like Tokyo have adjusted to the lack of garbage bins. Garbage collection is expensive and outfitting the large cities with trash cans would require more funding. So, the people are asked to bring their trash home. Additionally, because Japan does not have a ‘take out’ culture for leftovers, there are fewer single-use plastics and therefore less waste to carry around with you.

Other countries have employed a reward system for their citizens to participate in proper garbage disposal and recycling. Colombia’s recycling system trades in plastic bottles and caps for restaurant coupons and movie tickets. In Indonesia, people recycle their trash through a clinic which finances citizens’ health insurance.  Sweden generates energy from burning waste and supplies the national heating network. As a result, less than a percent of residential waste ends up in landfills.

While the US has a long way to go in institutionalizing better waste management and recycling practices, individuals can first work to clean up their communities. It is expected of us to not only pick up our own trash, but to clean up our environment. Carry a bag with you whenever you go out in case you encounter any trash. And if you ever catch anybody littering, call them out for it!

Maya Salem does, however, caution against picking up other people’s trash without proper PPE.