The Daily Nexus
Events
UCSB MCC Presents: Undocumented and Surviving the Pandemic
April 18, 2021 at 11:30 am by Rachel Lim 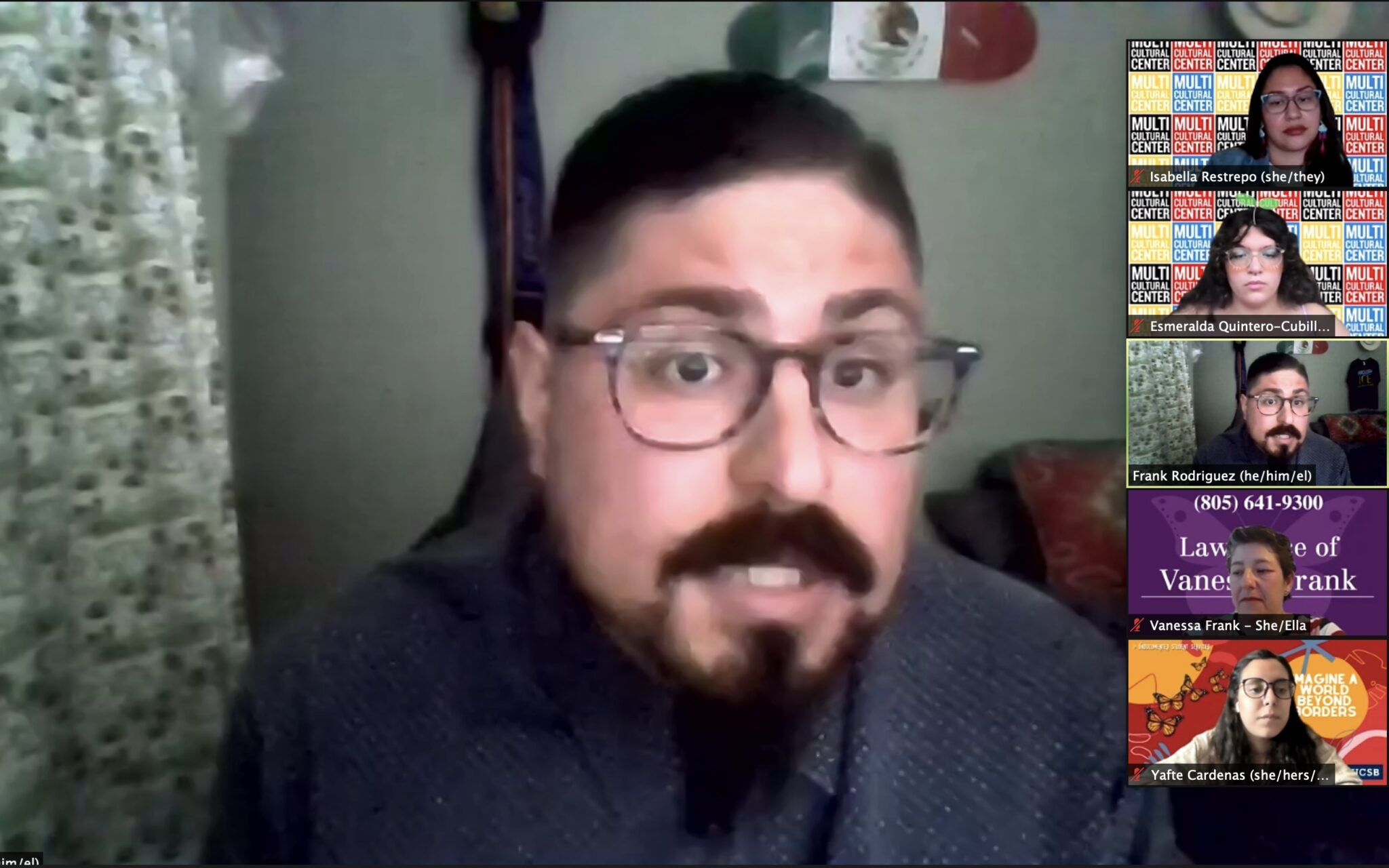 The conversation covered a wide range of topics such as the unseen impact that isolation has caused in undocumented communities, the growing levels of xenophobia across the nation and the different ways that people can support those who are undocumented during this time as well as after the pandemic. The panel centered around three activists and was organized in collaboration with the campus’s Undocumented Student Services (USS).

Moderator Yafte Cardenas, an intern at USS, introduced the first question by asking about the different obstacles that the pandemic has created for undocumented families. Frank Rodriguez, a representative from the Central Coast Alliance United for a Sustainable Economy (C.A.U.S.E.), began by discussing the lack of safety nets for people who are not considered for unemployment benefits, stimulus checks or tax credits.

After surveying different groups in Santa Barbara County, Rodriguez spoke about his organization and his plan to protect vulnerable populations that are at severe risk during crises such as the COVID-19 pandemic. Vanessa Frank, an immigration attorney and a member of the board of directors for OneJustice a nonprofit organization that provides legal aid to underserved Californians, shared a similar sentiment.

Speaking on behalf of the Latino and Indigenous migrant communities, Frank explained that there are people who cannot speak neither English nor Spanish, do not have regular access to the Internet and cannot use any available resources out of fear of deportation. Immigrant rights activist and artist Julio Salgado also added that there were many people who could not work from home due to high populations of immigrant workers in the essential services. Frank concluded by saying that the true impacts of the pandemic will not be known until a significant amount of time has passed and people get back to working with these communities.

Cardenas then brought up the current political discussion of the abolition of I.C.E. and the current immigration system in the United States.

The idea of the “good” immigrant and the “bad” immigrant was a recurring topic throughout the discussion, as Salgado spoke from his personal experiences as a DACA recipient. He noted that the policy, intended to uplift the children of immigrants, was a step in the right direction but not progressive enough, and that it was used only to justify the divide: “Young folks benefitted but our parents didn’t.”

The final question of the night was centered around how people can be allies and show up for undocumented individuals. Frank stated that people need to vote, also asking for people to pose questions about themselves and their family. She explained that her grandparents either came to Ellis Island or were asked to enter through the border before were granted legal residency as she emphasized that there is no difference between the undocumented immigrants in today’s society and those from several decades before. “There is no ‘right way,’” she said. “They just got lucky.”

Frank pointed to divisive statements, including those made under the Obama administration, that promised to go after felons and not families. “People should not be judged by the worst mistake of their lives,” she explained. Salgado also talked about the importance of leaving space in conversations and legislation for people who do not follow a “model” immigrant life, and his perspective on the amount of influence that the media and Hollywood have on “the other” brings to light an important question about which immigrants are represented and which immigrants are overlooked. According to Salgado, people must question why only some undocumented immigrants are targeted and why they do not have access to the same resources and systems that benefit others like them.

“Let’s complicate the narrative,” he said.