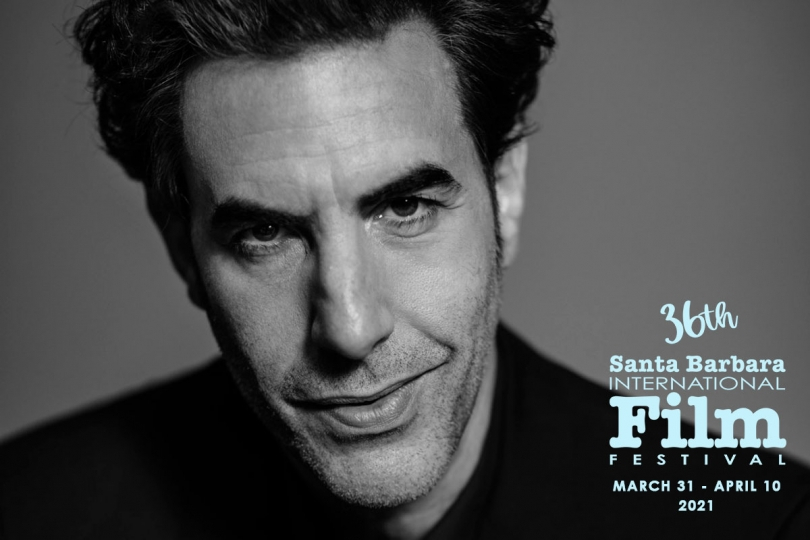 Following a successful 2020 with his award-winning performances as Borat in “Borat Subsequent Moviefilm” and Abbie Hoffman in “The Trial of the Chicago 7,” British actor Sacha Baron Cohen was honored with the Outstanding Performer of the Year Award at the 36th Santa Barbara International Film Festival.

The award, which recognizes “the actor or actress whose role in a film has exceeded greatness,” has previously been awarded to renowned actors and actresses including Scarlett Johansson and Adam Driver in 2020 as well as Rami Malek in 2019.

“The Trial of the Chicago 7” details the trial of the Chicago Seven, a group of anti-Vietnam War protestors who were found guilty of crossing state lines to incite a riot following a protest at the 1968 Democratic National Convention. The film is nominated for six Academy Awards at this year’s ceremony, including a nod for Best Picture and Best Supporting Actor for Cohen.

Reimagined for a newer audience who may not know who the original Borat character is, the film is nominated for Best Adapted Screenplay and Best Supporting Actress for Bakalova at the 93rd Academy Awards.

In conversation with moderator Scott Feinberg, a columnist for “The Hollywood Reporter,” Cohen attributed much of his success in the past year to the anger he felt toward many of the Trump administration’s policies and ideologies.

“I think it was on the day of the Muslim ban when I just felt I couldn’t stand back and be a bystander,” he said. “Once you dismantle democracy, once you see people as enemies of the state, then it’s easier to enact violence.”

Citing his experience with racial equality groups as a college student in the 1980s and as an Ashkenazi Jew, Cohen felt that it was important for his fans to get out and vote, as both “Borat Subsequent Moviefilm” and “The Trial of the Chicago 7” were (coincidentally) released a few weeks before the 2020 United States presidential election.

“We felt that we had to make something so that we could look at ourselves in the mirror and say that we did something, we weren’t bystanders,” Cohen said about “Borat Subsequent Moviefilm.”

The award for Outstanding Performer of the Year was presented to Cohen by Aaron Sorkin, who directed and wrote “The Trial of the Chicago 7.”

“I admire this man for using his voice, I’m grateful to him for turning in a stunning performance in this film and I’m honored to present him with the Santa Barbara International Film Festival’s Performer of the Year Award,” Sorkin said.

As he accepted the award, Cohen dedicated it to “everyone who refuses to be a bystander, who bravely uses the power of peaceful protest when Black lives are ripped away in America, when democracy is being ripped away.”

He continued, “To those extraordinary men and women around the world, thank you for showing us that we can all stand up for equality and justice with bravery, tenacity and sometimes even a bit of absurdity.”